The Road To Mandalay

Considered by some well-travelled foodies to be one of the world’s best Burmese restaurants, alongside places like Washington’s Myanmar and London’s Mandalay. 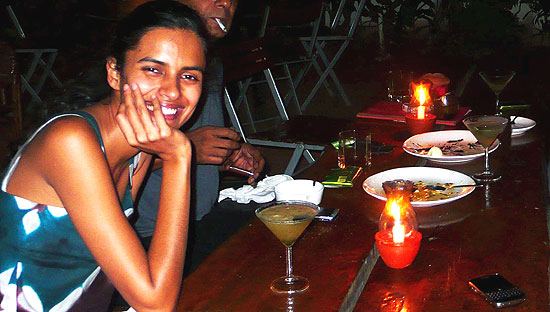 When somebody suggested dinner at a Burmese restaurant in Goa, we refused. Why come to Goa and end up eating a cuisine as weirdly out-of-place as that? But we’re glad we let ourselves be talked into it, because it turned out to be a place that’s considered by some well-travelled foodies to be one of the world’s best Burmese restaurants, alongside places like Washington’s Myanmar and London’s Mandalay.

Bomra’s is run by Bawmra Jap, a talented Burmese emigre chef who divides his time between London and Goa. We sat under the moon and had a memorable meal whose flavours and textures were slightly new to us, but which offered occasional, playful hints of Thai cuisine. We started with a pickled tea-leaf salad (a Burmese favourite) and rare beef salad with mint, basil and and sprouts. These were followed by a creamy mussel curry with coconut milk and lemon grass, and a beef-and-peanut curry, along with rice. And then, finally, an excellent lemon grass and ginger creme brulee. The experience was like listening to a piece of fusion music that blended Southeast Asian flavours with subtle western notes and Goan ingredients. We look forward to an encore.