The Ringmaster Cracks His Whip 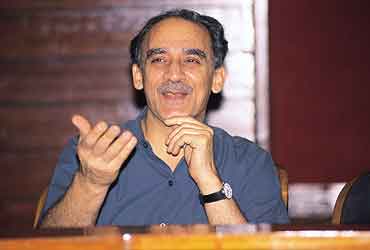 This was his new war room, from where he ensured the success of public issues of six PSUs within a short span of three weeks, ending with the Rs 12,000-crore ONGC issue being oversubscribed several times last week. This was executive activism at its best. For, despite all odds, the government raised Rs 15,000 crore using threats, carrots, sticks, incentives, everything that it could do. This year, it seems, this will only be the fourth time that the budgetary target for disinvestment proceeds will be exceeded.

Going by the appearance, Shourie, with his frail frame and a contralto for a voice, appears an unlikely candidate to spearhead such a massive operation. But then, he happens to be an avid student of the Chinese concept of 'unlimited warfare by unlimited means', which says that war with weapons is outmoded; one must win without firing a single shot. In fact, words were all that Shourie required to tame the Indian stockmarkets and force the powerful institutional investors to toe his line.