The Rich vs The Wealthy

With booming markets and FII flows, the Indian buyer will have to make his space 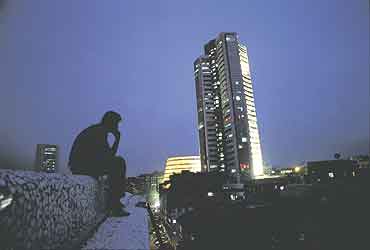 outlookindia.com
-0001-11-30T00:00:00+0553
In the early 1990s, the only way to be optimistic about the Indian economy would have been to turn the charts upside down. The most confident answer one could have given to a question about India's balance-sheet would have been "Don't worry. The liabilities are solid". India has come a long way since then with successive governments pursuing an economic liberalisation that's increasingly, though slowly, covering wider segments of the economy.

Although these governments have paid lip service to the markets, it is only in recent years and months that the real value and signalling that the stockmarket can do is being appreciated and better understood. Capital markets not only allocate scarce capital efficiently but a healthy capital market also acts as an advertisement for the vibrancy and growth opportunities available in the economy and helps in attracting further interest and investment capital for the country.

India is now attracting record interest from foreign institutional investors and the various indices are ruling at all-time highs. India has caught the attention of the world and this interest is expected to increase. How have we come from a state of near-bankruptcy in the early 1990s to such good health is a remarkable testimony to the power of liberalisation and globalisation which has made India more efficient and productive. The stockmarket itself is the best example of how India has changed in recent years. The Bombay Stock Exchange is a 130-year-old institution and till a few years ago, the exchange was still using systems and technology that would have barely worked in 1875 when the exchange was founded.

The Indian stockmarkets have made more progress in the last ten years than in the first 120 years of their existence. They are now the third-largest traded stockmarket in the world (in terms of number of shares). This would have been difficult to imagine even ten years ago. Each time a transaction occurred, physical shares had to be exchanged and my broker friends had to hire security trucks to move all this paper around whenever they would execute a large order for their FII clients. Time, technology, vision and the commitment of a few people have changed an entire industry. It's simple, really; if we didn't have world-class settlement systems, we could not have received US$ 10 billion plus from foreign investors in one year, regardless of the liberalisation process, attractiveness of the market, or the valuations. The back office never gets the credit that it deserves in any organisation but India's back office has worked smoothly and institutions like the National Stock Exchange and National Securities Depository Ltd should get full credit. In my view, NSDL and NSE are the unsung heroes of the last ten years.

Another big influence on our markets in the last ten years has been the role and leadership of Infosys and its current chief mentor, Narayana Murthy. Murthy and his company have changed both investor and corporate management mindsets and practised the mantra that being merely good was not good enough. Infosys proved that valuations in the market do not depend only on profits; a big part of the valuation depends on factors like consistency, transparency, corporate governance, accounting policies etc. This is why companies in the same sector enjoy very different PE multiples and every company wants to be the Infosys of its sector. The Indian promoters have finally learnt what Albert Camus said—"You are forgiven for your happiness and success only if you generously consent to share them". Infosys taught the promoters that it was easier to become rich but to become wealthy you needed the blessings of the stockmarket in the form of high valuations. There can be only one Infosys but this model has been followed well by Prannoy Roy at New Delhi Television, Aditya Puri at HDFC Bank and Sunil Mittal at Bharti and we need many more such successful imitators.

The last ten years were also remarkable in the sense that there were no significant stockmarket scams during this period. The stockmarket collapse in India in 2000 and 2001 was primarily related to a worldwide correction in equity prices after the technology bull run of 1998 and 1999. India too mirrored the trend. Many investors and groups speculated aggressively and leveraged and even lost everything but it does not imply that there was a stockmarket scam. There was mania and there was completely irrational exuberance but for the most part investors did not lose money because someone cheated them. The lesson of 2000 and 2001 was that a new maxim is more often than not a brilliant error and the theory that "this time is different" is fraught with danger.

Another major achievement of Indian capital markets in the past ten years was the ability of Indian corporates to take the leap and raise money directly from US investors. American institutions and investors have the largest amount of capital available and it is gratifying to see that Indian companies can go to the US market with such ease and in such large numbers. 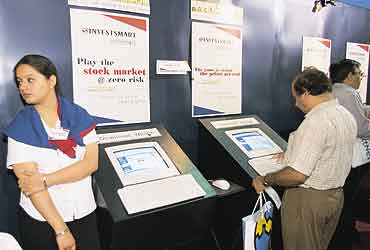 But the biggest disappointment of the past decade has been the continuous decline of ownership of the market by Indian investors (whether directly or indirectly through mutual funds). A recent survey showed that the total number of investors in mutual funds is less than 1.4 crores and that less than 2 per cent of Indian household savings are directed to equities and mutual funds. Cynicism is good but I believe that a large majority of Indian investors are taking this to an unreasonable degree and missing opportunities in their own backyard. Contrary to popular perception, Indian mutual funds have done an outstanding job for their investors. Look at the way Alliance Capital, HDFC, Templeton and Reliance funds have given returns to their investors in absolute and relative to the indices for the past 10 years.

In the next 10 years, it is imperative that the Indian retail investor and domestic financial institutions be actively encouraged to enter the market. With FII flows into the country at current rates, there will be not much left for the Indian public to buy if they delay too much. The only real supply that can satisfy this demand is the sale of PSU stocks by the government, but over time it would appear much healthier and balanced if Indian investors keep their faith in the market and country rather than letting foreign investors make all the first moves.

Everything comes at the appointed hour. India's hour has come. It's hard to be humble about India's future.

(Samir Arora was previously with Alliance Capital. He now lives and works in Singapore.)

Up The Reform Alley