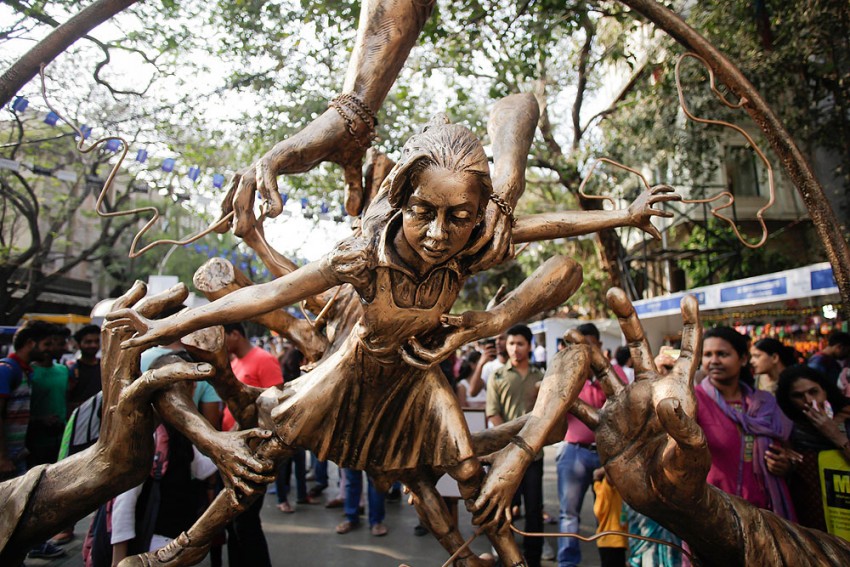 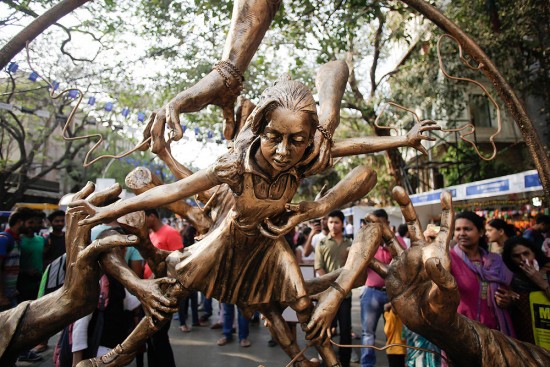 As far as the Mumbai calendar is concerned, the Kala Ghoda Festival is a red-letter event. Quite as much as Ganesh Chaturthi or New Year’s Eve. And it’s certainly celebrated with the same colour, exuberance and traffic jams. The Kala Ghoda Festival started in 1998 as a modest attempt to preserve the heritage and art district of South Mumbai. Eighteen years later, the festival can no longer squeeze into the Kala Ghoda precinct alone, and has spilled into venues like the JJ College of Architecture and Cross Maidan. The annual jamboree offers theatre, heritage walks and stand-up comedy. Shoppers invariably return home from their jaunts with guilty grins and thelis full of peculiar pickles and kitschy cushions. Browsers spend a blissful couple of hours examining jam jars that have been reincarnated as lampshades, tyres that have been refashioned into stools and LPs that are reborn as wall-clocks. And the literature-and-theatre crowd is never busier.

What is extraordinary, however, is the manner in which the Kala Ghoda Festival has become a favourite haunt for the city’s children. A place where they can listen to stories, make pots and puppets and find that old bicycle wheels don’t necessarily end up in the scrap heap. They could well be fitted with stained glass and become part of a cheerful canopy instead. Every morning, children arrive in the heart of South Mumbai and wander the modern-day mela, gaping at the creative art installations. This year, there are the four fabulous metal sculptures—a functioning robot, a warrior, a stunning black horse and a penguin—that have been made from scrap from the neighbouring Naval Dockyard. Then there is Cutting Chai—an installation in which tea glasses and kettles are suspended from a tree. And an enormous Kathakali Chair that ­allows passers-by to choose masks that reflect their mood and pose on the throne. Equally ­intriguing is an installation involving a massive yellow rubber chappal. While earnest eco-messages are imparted by a rotating globe that on one side shows a utopian, green world full of windmills and smiles, and on the other a dystopian land of twisted metal and smoke.

Ten minutes away at Kitab Khana, the Children’s Literary Section has also flourished—allowing children to meet favourite writers like Sudha Murthy and Anushka Ravishankar, to plan their own detective stories, design their own ghosts and learn to draw their own elephants with beaming smiles.