The Return Of The Accord

Honda’s brilliant Hybrid avatar is a bit slower than expected, with a squeaky voice 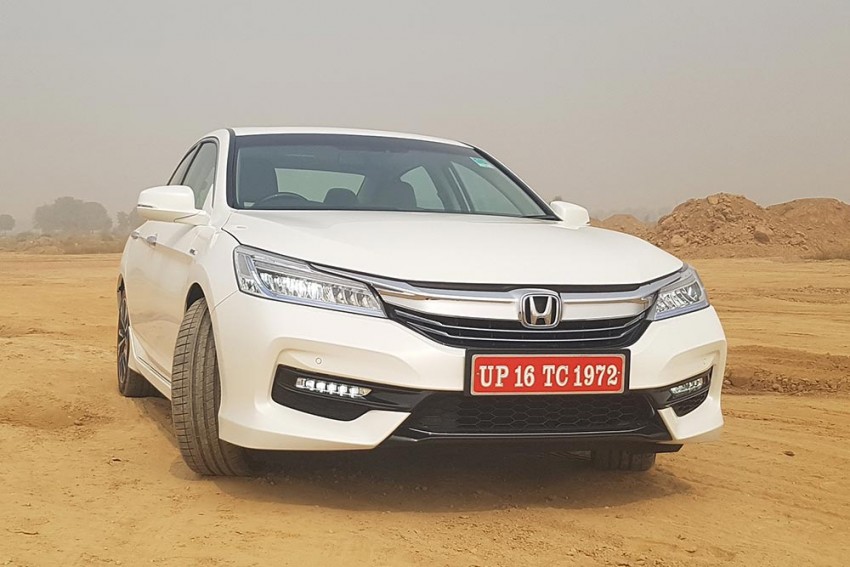 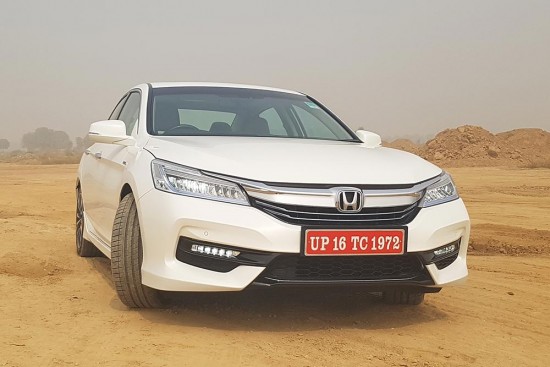 In 2013, somebody went on a long vac­ation. He was a bit heavy and a petrol addict. Three years later, he has come back, thoroughly ref­reshed, cured of the addiction and leaner than ever. We are talking about the all-new ninth generation (third in India) Accord in its Hybrid avatar—which Honda calls the “ultimate Acc­ord”. It is the most fuel-effic­i­ent hybrid model in its class—repl­acing the petrol guzzling V6 beast of an engine.

Look at it, the new hybrid has trimmed a few millimetres off its length, width and height to help it bolt, when push comes to shove on the accelerator. No point in going gaga over the looks because ­either you like it or not (confession: the writer is head over wheels over the new look). As for the specs of this evolved machine, there can’t be two opinions about what lies under that hood.

The engineers at Honda have junked the traditional transmission contraptions like belts and pulleys from the ­engine. It means reduced friction. So what is turning the wheels, some kind of virtual transmission? They have three main parts under the bonnet: A 2-litre petrol motor linked to an electric drive motor, which in turn is linked to a ­second electric generator motor. There is a 1.3kWh lithium ion battery parked under your rear seat. They all work tog­ether to put 212 horses (215PS) under the command of the driver.

Stay focused and put on the blinkers as I am going to tell you how they work. When you step in (of course it is keyless entry), there is a big bold button in the central console saying Start/Stop. Push it, and the displays light up—the only give-away of life. It seems the car is holding its breath.

This is the EV mode – the all-electric mode in which the petrol engine is sleeping and power is drawn from the lithium-ion battery and transferred to the propulsion motor which in turn works the front wheels.

The EV mode works when you are starting the car, lightly cruising, say at 0-60 km/h, and braking. There is an EV button near the arm rest that makes the car run only on battery, a function that is needed mostly in the US, where certain neighbourhoods have strict sound norms. But Honda decided to retain it in India, where being loud is everyone’s birthright.

As the speedometer needle begins to stand up, the engine mode kicks in. This is the traditional hybrid set-up where the car is powered by the petrol engine and uses the electric power to pump in more adrenaline when the car takes flight. But what Honda calls the Hybrid mode is when the car is running on the first propulsion, or the drive motor, and uses the 4-pot petrol engine only to run the second electric motor as a generator to send more juice to the first motor, which is driving the car, as well as charging the battery.

Take a deep breath and let it sink in. If it still doesn’t, just drive, and the intelligent computer inside will do the thinking for you. As I pulled open the door of the hybrid parked in the Delhi sun, I was welcomed by coolness—the air-conditioning was on, thanks to the ability to prep the car remotely. The steering wheel—smooth, with wood finish in part and too many buttons for audio, cruise, voice control and phone—felt like a joystick. It will take some time for the fingers to learn to work the buttons without giving much thought to it.

Slot the lever into D and lift your foot from the brake, the car starts to glide. The display shows it’s on EV mode. As you begin to play footsy with the throttle pedal, the engine wakes up.

Squash the pedal like a cigarette butt, the needle rushes to the red line with a pitiful don’t-do-this-to-me sound that is a tad too loud and unsettling. The engine voice doesn’t match up to the Hybrid’s performance. To me it felt like a big man with a strong jawline and a pugnacious streak surprising you with a squeaky voice.

No doubt, it’s fast, but not quick enough to pin you to the seat. The speed grows on you and doesn’t overwhelm you like a Chevrolet Cruze or a Skoda Superb RS. On highways, the Accord Hybrid can go really fast. I managed to go past 150 km/h and it gave me the confidence to let my left arm rest on the extremely soft and wide leather armrest. And there is the Sport (S) mode that will prod the horses to gallop faster. The best thing, though, is that the car doesn’t float like a boat on the high sea, it has the ability to make some waves. But, a bit of vertical movement was felt on the rear seat at high speed.

The chassis has the popular Macpherson strut with coil spring suspension, but it falls a notch below the compound link crank axle in the Skoda Octavia 2.0 litre diesel in terms of comfort on patchy roads. A suspension with independent arms is always a pleasure.

The centre console has twin display, one above the other. When the indicator is towards the left, the top display shows who is sneaking up from the left and prevents blind spot snafus. The driver has the option of keeping the display on irrespective of the indicator position.

The seat cushioning is plush and interiors are classy with a touch of wood finish on the dash and the door panels. With the 8-way power adjustment, drivers of all shapes and sizes will manage to find the perfect driving position.

Though the car is short by a few millimetres from its immediate petrol-only predecessor, there is plenty of legroom for a six-foot person. The list of goodies loaded in it is pretty exhaustive and there is a clear sense that Honda wanted to take head on its only competition in the Indian market—the Toyota Camry Hybrid.

The car is high on safety, with half a dozen airbags, ABS, ESP and much more. The car noses ahead of the Camry in specifications like fuel efficiency, in-house GPS navigation and power. And the Accord Hybrid is yours for Rs 42.5 lakh (New Delhi), which is almost eight lakh more than the Toyota Hybrid.

The high price is because, unlike the Camry Hybrid, the new Accord is ­imported as a single piece from Thailand and not knocked down into parts and then assembled in India. The Toy­ota Camry’s reassembly in India helps it earn subsidy under the faster adoption and manufacturing of hybrid and electric vehicles as part of the National Ele­ctric Mobility Mission Plan.

What might work for the Accord is that an automobile aficionado’s heart has never cared much for finances.