The Return Of Bob The Builder 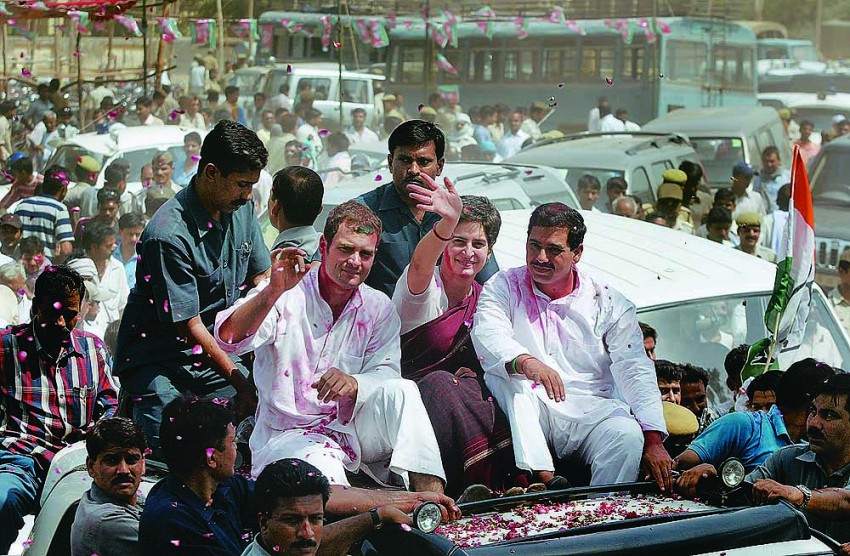 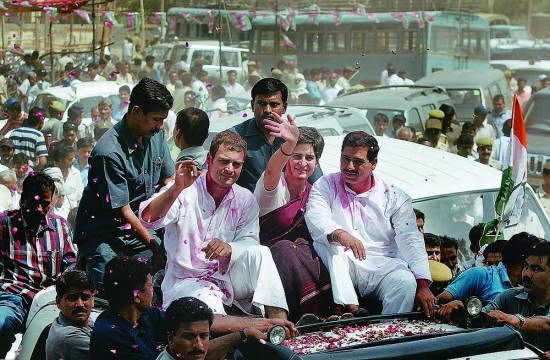 The muscles certainly look rock-solid, but other things are apparently quite shaky. The man nicknamed FDI—or the First Damaad of India— will remain an embarrassment for the Congress party in the run-up to the 2014 general election. One can be quite certain that as the BJP and Narendra Modi campaigns pick up momentum, we will hear more of ‘burqa’, ‘biriyani’ and the ‘Delhi Sultanate’, depending on the constituency being addressed. And every now and then, ‘Vadra’ too will be added to the verbal armoury.

This Robert has already become quite the villain in public perception. The BJP is trying to lay claim to the story now but it had actually been sitting on it despite having all the documentation before the scandal broke out last year. It eventually needed a wildcard entry like India Against Corruption to go to town with this story on the nation’s most powerful son-in-law. The real estate acquisitions of Robert Vadra now seem set to be the icing on the cake of corruption allegations to be flung repeatedly on the Cong­ress in an election year. Especially given the fresh twist in the saga last week.

Briefly, the facts are as follows: Ashok Khemka, director-general, land consolidation and land records, as well as ins­pector-general, registration, in Haryana until October 2012, was examining the nexus between Haryana administration officials, DLF and Vadra when the IAC came out with its expose. After it broke,  Khemka ordered a formal inquiry into Sky Light Hospitality, a company owned by Robert Vadra and his mother Mau­reen. However, he was suddenly transferred, which move he challenged. But following the outcry it raised, the Har­yana government set up a three-member inquiry committee to probe Vadra’s land deals, which gave him a clean chit. How­ever, in a voluminous response to the inquiry committee formally challenging his transfer on legal grounds, Khemka also raised the issue of Vadra’s legal liability for ‘sham’ land transactions in Gurgaon. This response, running into 105 pages plus voluminous annexures and finalised late last month, maintains Vadra was handed over land at throw­away prices because he was able to secure commercial development lice­nces for agricultural land. He then made windfall gains by reselling a plot to DLF.

Will the political class eventually gang up to protect its own as so much politics is in the hands of dynasties?

It didn’t take long for the scandal to pick up from where it had been left last year. From the standpoint of Par­liament, where the monsoon session is in progress, the Congress retrieved a bad situation somewhat when it succeeded in getting the Big Two from Uttar Pradesh, the BSP and the SP, to openly defend Sonia Gandhi and her son-in-law. BSP supremo Maya­wati was unusually eloquent in coming to the Congress president’s def­ence: “If someone does something wrong, his or her relations should not be punished. On the allegations against Vadra, how can Sonia be held responsible?” The SP also said it did not agree with the “politicisation of the issue and the labelling of Vadra as a sarkari damaad.” The Left parties and the JD(U) seemed indifferent to the issue. It didn’t help the BJP’s attempts to stall Plia­ment over Vadra, but the party says it will take the issue to the public.

It’s worth pondering over the great generosity of regional parties who have traditionally been opposed to the Cong­ress and often been merciless in taking on the national party. To some extent, it’s a reflection of the political contours emerging on the eve of 2014. With the exception of a few regional players left in the NDA, the other parties are ranging on a side that can loosely be termed anti-Modi. One can also speculate on which party hopes to get what from the Congress. The BJP believes the Congress has used the CBI threat to get Mayawati and Mulayam Singh Yadav to toe their line as both face potentially serious char­ges at various stages of the legal labyrinth.

That’s one part of the equation. The other part is a variable, which will hinge on the degree of success the BJP finds under the leadership of Narendra Modi, especially in Uttar Pradesh with its 80 seats. The Congress, the smallest player in the state currently, would be expected to seek an alliance with one or the other party. Can it afford to choose one over the other?

The BJP thinks the Congress used the CBI threat against Mulayam and Mayawati to get them to go soft on Vadra.

The situation is equally perplexing in Bihar. With Laloo Prasad Yadav’s RJD and Nitish Kumar’s JD(U) the big players, the value of the Congress can conceivably go up only in a viable alliance projected as anti-Modi/BJP since its own votebank is not enough to get it seats. Will the party make the difficult choice in Bihar? In the interim, an expert committee set up by the UPA is devising a mechanism to give backward regions like Bihar and Bundelkhand special incentives, though the details will become clearer only after a few more meetings which could go well into September. A package for Bihar is being seen as a hook to get Nitish Kumar into an arrangement with the Congress that involves helping with legislation in Parliament and culminating perhaps in a pre-poll alliance.

To every scenario today, then, there is attached a complex narrative. At one stage, certain leaders of the BJP, including president Rajnath Singh, were opposed to raising the Vadra issue on the grounds that children and relatives of politicians should not be targeted. Presumably, politicians are so considerate about such things because tomorrow they might need a return favour. Yet, now that the story is out there, the BJP will use it. One can still ponder, though, if the political class will eventually gang up to protect its own as so much of politics is now controlled by dynasties both at the Centre and the states.

When the scandal first broke out last year, Vadra had on his Facebook page made a throwaway comment about the “Mango people of a banana republic”. He certainly isn’t one of them. He is a privileged citizen of India, married to its first family, with a fortune very clearly built on a fortunate marriage. He has certainly used influence to get rules bent to get rich quick—a picture that fits perfectly into recent public outrage against economic crimes. Every now and then, the people and some politicians might raise this embarrassing tale, but ultimately it is highly unlikely that any great damage will come to the health and wealth of Robert Vadra.

By Saba Naqvi with Pragya Singh

The Pieces In Their Places