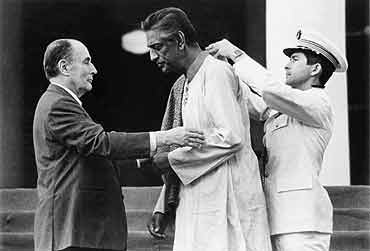 Amartya Sen
Ray presents a remarkably insightful understanding of the relations between cultures. His ideas remain pertinent to the great cultural debates in the contemporary world, not least in India. (From ‘Satyajit Ray and the Art of Universalism’, New Republic, April 1, 1996.)

Sham Lal
Technical virtuosity cannot create warmth and intimacy. To produce these the filmmaker has to be soaked in his material and live on intimate terms with his characters. To make people who have never faced the camera come alive on screen, he has to win their confidence. To get intensity and expressiveness in their looks and simple movements as Satyajit Ray does, he has to live intensely himself…. Let us hope he will produce a sensitive sequel to Pather Panchali. (In The Times of India, Feb 10, 1956)

Akira Kurosawa
Without the least effort, Ray paints his picture, but its effect on the audience is to stir deep passions. How? There is nothing irrelevant or haphazard in his technique. In that lies the secret of its excellence. (As reported in Eksan, 1987 (translation of remarks made in Moscow, 1975))

Robert Steel
Iwas bowled over. Here was an Indian film (Pather Panchali) that matched my concept of a film and a great one at that. It was the first film made in India that I had ever seen which did not embarrass, annoy or bore me. (In the Montage Special Issue on Satyajit Ray, 1966)

Pauline Kael
Ray is sometimes a little boring, but what major artist outside film and drama isn’t? What he gives is so rich, so contemplative in approach, that we begin to accept our lapses of attention during the tedious moments with the same kind of relaxation and confidence and affection that we feel for the boring sketches in the great novels, the epic poems. (From ‘I Lost It At The Movies’, 1965)

Martin Scorsese
Images of Indian culture we had were usually through colonialist eyes. With Ray’s films you became attached to the culture through the people. Their customs were very interesting and surprising, and you began to realise there are other cultures in the world. (In the Washington Post, February 28, 2002)

Bosley Crowther
The most the camera shows us in a rambling tour of an Indian village is a baffling mosaic of candid and crude domestic scenes…Any picture as loose in structure or as listless in tempo as this one is would barely pass as a "rough cut" with editors in Hollywood…But as it continues, the poignant theme emerges and the whole thing takes a slim poetic form. By the time it comes to its sad end, it has the substance of a tender threnody. (In his September 23, 1958 review in the New York Times)

George Lucas
Satyajit Ray is an extraordinary filmmaker who has had a profound influence throughout the world. By honoring him, the Academy will help bring his work to the attention of a larger public. (Nominating Ray for Life-Time Achievement Oscar, 1991)

Roger Ebert
Never before had one man had such a decisive impact on the films of his culture…It (The Apu Trilogy) is about a time, place and culture far removed from our own, and yet it connects directly and deeply with our human feelings. (In the Chicago Sun Times, March 4, 2001)

Everyman Is An Apu