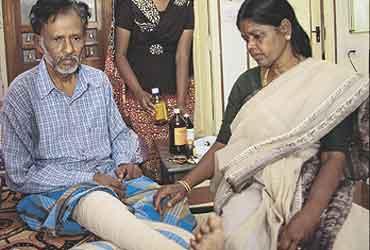 Bombay Blood, called so because it was discovered by a city medical team in 1952, is blood with a rare genetic disorder where the red cells lack the H antigens present in the common groups. (Antigens foreign to a body will set off the formation of antibodies by its immune system.) Thus, Bombay Group members can't accept blood from any of the common groups in case of an emergency. For, upon contact with such blood, the serum of a Bombay Group person will produce antibodies for anti-H—setting off an adverse reaction.

One of the more unexplained genetic puzzles, it has proved a rather tricky challenge for hospitals in various parts of the world—cropping up among Indians, Japanese, Taiwanese, Caucasians and in recent years on Reunion Island in the Indian Ocean. Those catalogued in this rare group need blood from a person with similar classification. For them, the common groups of A, B and O only spell doom. Result: surgeries are put on hold, sometimes even called off, for the hunt could be frighteningly slow. In the odd case, as with people hospitalised after an accident, the pursuit has sometimes been abandoned as futile.