The Reborn Armada Of Cheng Ho 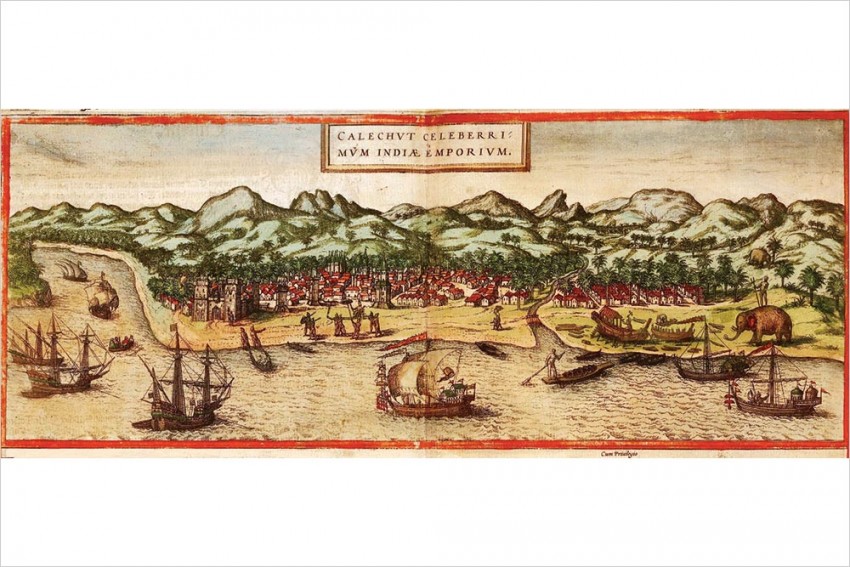 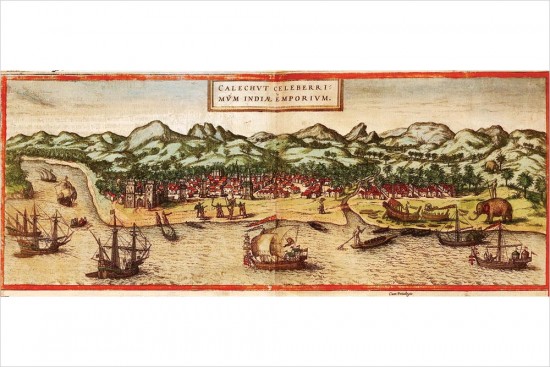 In the year 1500, China accounted for 30 per cent of the world’s GDP while India ran a close second with 25 per cent. Three centuries later, these figures had chan­ged dramatically, with a small group of nor­th­west European countries contributing the greater part of the world’s GDP while retaining only a small percentage of its population. The story of how the European nations conquered the world is deeply rooted in industr­ial strength exerting its influence upon the sea power of these nations. In fact, the subjugation of a vast country like India by a small European nation and its commercial represe­ntative—the East India Company—is a classic example of the change in global power equations. Economists refer to the period around 1500 as the Great Divergence, when per cap­ita income began to grow astronomically in the European countries while it remained static in India and China. In the case of India, there is little doubt that the question of who was entitled to hold knowledge, rat­her than what the level of knowledge was, led to the beginning of the Great Divergence and a change in prosperity. The fact that non-Brahmins were kept in ignorance prevented India from progressing in many fields.

In the 11th century, the full-rigged sailing warship of 2,000 tonnes represented advanced technology and the perfection of man’s achievement as much as, say, the Lunar Rover and its launching spacecraft did in the 21st century. In the year 1000, ship construction was an equal science in India, Arabia, Turkey, Venice and England. By 1600, the art of ship-building had grown exponentially in the West, firstly by the introduction of model-­making and the use of those models to achieve curved hulls that were so precise that architects could venture beyond the limited length-to-breadth ratio of the conventional hull. Hundreds of oak trees were felled to build a single hull capable of withstanding a round shot fired by cannon at close range. In western shipyards, the making of a ship’s drawings became a complex art. This enterprise depended on the joint effort of a traditional carpenter, a mathematician, a naval architect and a draughtsman, whereas in India the ship was built without any drawings and remained limited in size to what the carpenter could memorise. In India particularly, a carpenter building a ship remained illiterate because his caste was too low for him to claim the right to education. Marine archaeologists used to sing the praises of the illiterate Indian ship carpenters turning out sailing ship hulls from memory without fully realising that the limitations of this very carpenter caused the maritime defeats at sea suffered by the ships he built.

As ships remained small in the non-European navies, the re was no requirement for taller masts for producing greater horsepower. However, in the West a sailing ship of 3,000 tonnes proceeding at 8-10 knots would need about 3,000 horsepower and that could only be produced by a massive array of canvas and cordage. This required sail lofts and cordage-making machines in dockyards. All this gear would be mounted on masts tall enough to take four to five sails each, which came from trees that grew in the forests of northern Europe. The Indian carpenter plying his trade in the coastal cities of India neither knew of the tall trees that grew in the north of his own country nor had he the means to float them down navigable waters to the coastal shipyards. 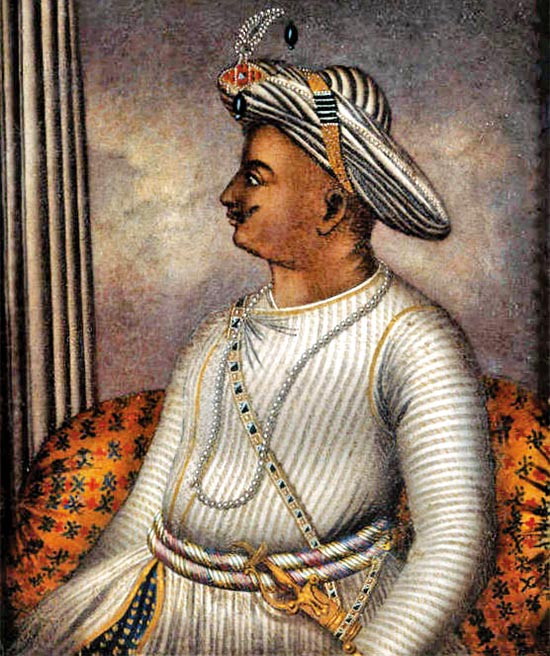 The subject of naval gunnery was no different between the East and the West. In the East, bronze and brass casting existed as a fine art for producing idols for temples. But the idea that a high-caste Brahmin would turn his hand to casting cannon was too abhorrent to contemplate. Royal ordnance factories in England used the pendulum to measure the muzzle velocity of round shot and graded cannon from 2- to 32-pounders. Cannon-making in India was an intricate but unscientific process with cannon-makers convincing kings of the majesty of immense and unmanoeuverable guns with grand-sounding names that could only fire a shot every five minutes or so. However, there was the odd cannon-maker in India plying his art, unrewarded and unrecognised. A French officer surveying the field of Plassey to disco­ver the reasons for the stunning English victory reports of coming across an Indian cannon with a cast iron ‘inner’ and a bronze ‘outer’, a design years ahead of its time, but the merits of which was unrecog­nised in India at that time.

The art of navigation that enabled the ‘discovery’ of the world and the enabling of western civilisation to encounter the less developed people of Asia and America was another example of the synchronisation of the skills of the mathematician, the mariner and the astronomer. In India, the mathematician and the astronomer was often the same person, as was Aryabhatta of the classical age who correc­tly summarised that the earth rotates about its own axis and the movement of the stars was caused thereby. This again, instead of enabling the Indian mariner to navigate by producing an alti-azim­uth table, the Indian ast­ronomer sidestepped into astrology since it gave him dramatic financial returns. The Indian mariner—with no sextant, no mathematical background, no large sailing vessel—was easily outgunned and out-manouvered by the products of western civilisation—and the Great Divergence was perpetuated. 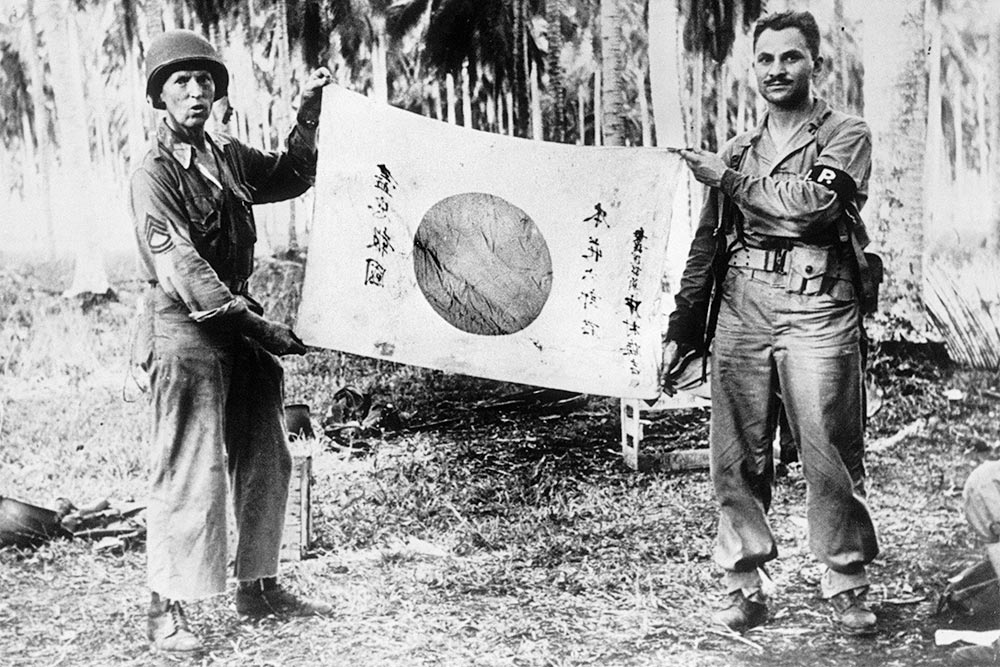 The campaign launched US into an early offensive in the Pacific, preventing Japan from extending its defense to the south and threatening sea lanes connecting the US with Australia. Six months of grueling battle allowed the US to move across the South Pacific towards Philippines and Form0sa but Japan never regained the strategic initiative.

Except for some notable examples like the continental Mongol invasion and the Mughal invasion of India, civilisational contacts were marked by seapower. In India, the East India Company came, conquered and stayed for two-and-a-half centuries. Ind­ian kings, busy with internecine wars, treated the British as just another kingly power until the creeping red tide had swallowed almost all of India. The only king who realised that the British could never be defeated without seapower was Tipu Sultan—he sent a delegation for ‘transfer of technology’ to Versailles, but it was too little and too late. By 1858, when the crown took over the company’s possession, India was already a British colony and the supplier of military man­power for the imperial conquest of Afghanistan, Burma, Iraq, East Indies, China and Hong Kong.

In the 21st century, the great transfer of power will occur by sea, when China challenges the US for supremacy of the world. In the remote rece­sses of Beijing, an argu­ment has been going on as to whether China is to become a great continental power or a great maritime power. The answer is found in a 2013 white paper where Beijing acknowledges its ambition to become a maritime power. This means a number of things: until a year ago Beijing was boasting of its railhead in Iran and its ability to send a contai­ner from Shanghai by rail to Duisburg in 14 days. Firstly, its nuclear deterre­nce that is carried underwater needs a bastion to operate against the superior American anti-­subma­rine warfare capabilities. For that, it will have to create an area of maritime superiority up to the Second Island chain. Only forward patrolling by China’s few SSBN submari­nes would give missile coverage of the eastern part of continental US. But more than the Pacific, China is paranoid about its SLOC vulnerability in the Indian Ocean (SLOC: sea lines of communication). The question has often been asked as to what keeps the Chinese leaders awake at night. The answer is the legitimacy of the Communist party that will begin to be questioned if the hurtling pace of China’s growth begins to slow down. To not slow down, China needs resources from all over the world, notably, Africa, from where wealth has to transit the Indian Ocean and the choke point of the Malacca straits, which makes Chinese strategists paranoid thinking about it. 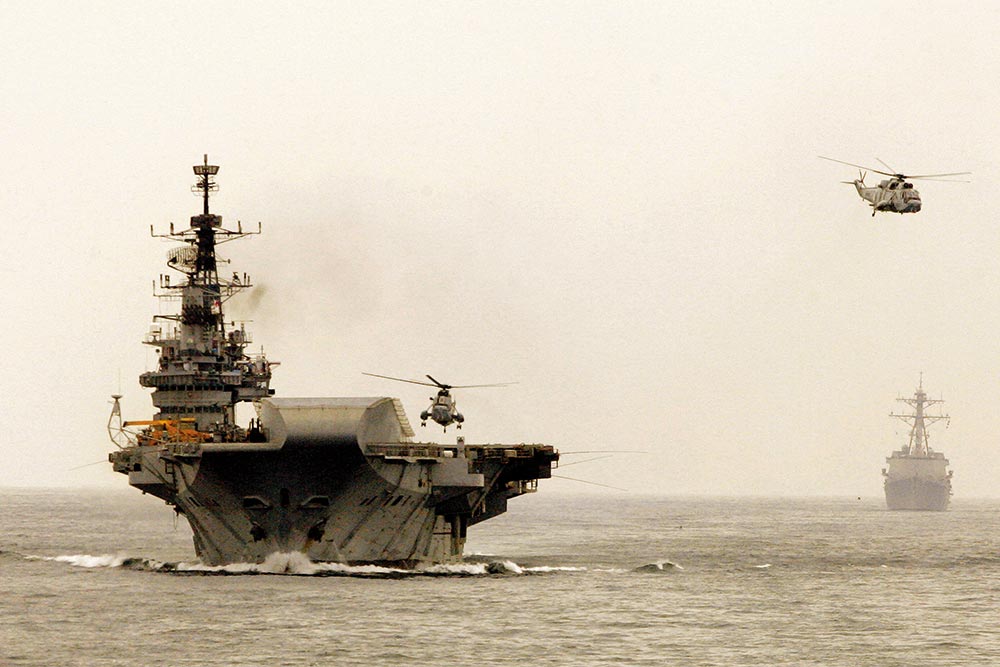 The Indian navy, with a crack squadron, will remain superior for many years to a Chinese task force

So, between keeping the US navy at bay in the western Pacific and the US and Indian navies from preying on Chinese Indian Ocean SLOCs, the decision to become a maritime power is a bold one. Just as the theatre for the Anglo-French maritime rivalry was worldwide in the 18th century, the Sino-US rivalry will be played out in the maritime theatre in the area that has been recently named the Indo-Pacific. The first strategic blow has been struck by the Chinese in the funding for the Sino-Pak economic corridor, which enables Beijing to pop up in Gwadar in the Arabian Sea. Gwadar will not be only an outpost, but linked to mainland China both via the Karakorams and by the One Belt One Road and by sea, in a vast encircling movement. What the Chinese might find difficult to swallow is the rapidly growing Indian navy, which doesn’t at first appear in Chinese calculations. The Indian navy, with a crack squadron of destroyers and frigates, a flotilla of modern submarines (with two nuclear SSNs) and two aircraft carriers, will remain superior for many years to a Chinese Task Force entering the Indian Ocean. It is a pity that treaty limitations prevent the Japanese navy from building capital ships and linking up with the Indian navy in a grand maritime alliance, to put a hurdle in the way of Chinese designs to go to sea in the Indo-Pacific. But the drama about supremacy in the East will be enacted in the Indo-Pacific between the US and its allies and China and its ally (Pakistan).

For the Chinese to conduct operations in the Indian Ocean, as apart from merely foraying into the ocean, Beijing will have to establish an alliance system. The beginnings of this part­nership can be seen with their base in Djibouti and in Gwadar. China, being cash-rich, will establish client relationships with Indian Ocean powers and exert pressure for bases. All this lies in the future when Chinese GDP will overtake that of the US—around 2030. Beijing is building a superpower navy with six aircraft carriers, and the future looks rosy for the Chinese beyond 2030. Until then, their long-range plans can be contested, if not by an alliance, then by a division of the workload. The Japanese who will contest in the North Pacific, the US in the Pacific Ocean generally and the Ind­ian and US navies working independently in the Indian Ocean, will define the future of the maritime scenario in the region. The rise of China is the single-biggest event in world history in the late 20th and 21st centuries. Most observers are speculating on whet­her that will displace the US from its pre-eminent position. If this displacement does indeed take place, the arena will be the Indo-Pacific. The importance of this region stems from this essential fact.

(The author heads the task force on Net Assessment and Simulations in the National Security Council.)

Circle The Wagons Around Drag On Hole