Does the glow of ‘hot pursuit’ against Naga rebels inside Myanmar presage a saner future? 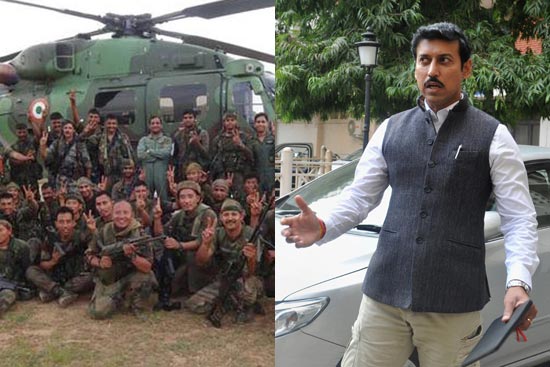 It was an NDA regime that had capitulated at Kandahar to terrorist hijackers of an Indian Airlines plane, but jargon like ‘muscular military response’, ‘surgical strike’ and ‘hot pur­s­uit’ have an inherent appeal for BJP lea­ders. Even a seasoned political leader like Sushma Swaraj in 2013 had rhetoricised that if Pakistan failed to return the head of Indian martyr Hemchand, the UPA government should ensure that 10 heads were brought back from India’s western neighbour in retaliation.

On June 9 this year, the BJP-led government and its choristers had plenty to wax about. The Indian army had app­arently carried out an operation “deep inside Myanmar” and avenged the June 4 ambush by Naga insurgents in Man­ipur’s Chandel district. A chu­f­fed security establishment used the opportunity to warn other countries who would dare to attack India or Indians.