The Race Of His Life

Michael was always a fierce competitor who entered the ring to win. Even when he retired the first time in 2006, he carried on with the Go-Karts, and even motorbike racing. 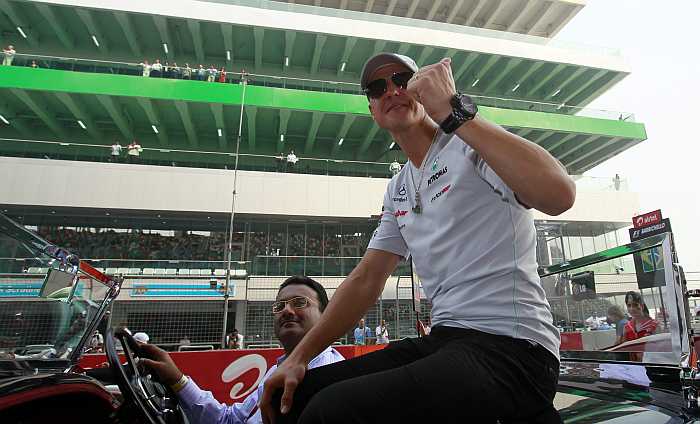 Michael Schumacher’s current situation is one of life’s great ironies. Not only has the go-getter competed in 306 Formula 1 races, but also hundreds of Go Karts, junior formula racing and sportscar racing (including the Le Mans 24 hours). The details of Michael’s crash aren’t totally clear, but what we do know is that he was out skiing with his son and fell at a relatively slow speed. It’s hard-hitting for his family who saw him spend so many years risking his life on the fast track.

Michael was always a fierce competitor who entered the ring to win. Even when he retired the first time in 2006, he carried on with the Go-Karts, and even motorbike racing. I remember when he made his comeback in 2010 there were many expectations from him. His first race back then coincided with my debut in F1 and Michael was the centre of everybody’s attention. I remember how surprised I was when he was one of the first to say hello to me and to wish me good luck in F1. There he was—one of the biggest icons in world sport, and yet he took the time out to chat.

What really stood out about Michael was his attention to detail. I know a lot of people who worked with him at Benetton, Ferrari and Mercedes and they all talk about how he wanted to know everything about everything! I remember at every driver’s meeting, he would have more questions and comments than anyone else. Michael wasn’t without flaws, however. His comeback with Mercedes produced more incidents and less results than he would have liked. There was always an air of confidence and mystique around him, often misinterpreted as arrogance, but more than anything, he had this huge underlying self-belief that he was the best in the world at what he did.

Despite all of this, and despite whatever enemies or rivals he may have made along the way, there is no question about Michael being one of the sport’s greatest icons and ambassadors. Only Ayrton Senna and Nigel Mansell can claim to have had that kind of appeal.

Our prayers are with him!

This did not appear in print

‘Easy To Be Communal, Hard To Be Secular’