From a non-entity to a skilful manager of power and responsibility, the Gandhi bahu has come into her own 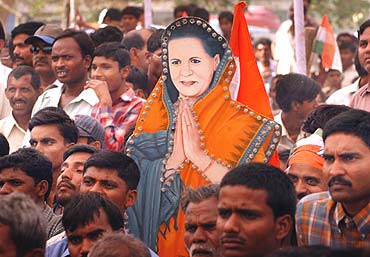 Think back if you can to that week in 1995 when the first issue of Outlook appeared. The big story of the day—an Outlook exclusive—was that India's prime minister, Narasimha Rao, wrote dirty books in his spare time. The magazine had procured a manuscript of Narasimha Rao's novel and proceeded to carry the more salacious bits.

By 1995, Sonia Gandhi was something of a political non-entity. In just four years, she had gone from being kingmaker to being regarded as a holdover from another era.

It could have been different, of course. In 1991, when Rajiv Gandhi was assassinated, the Congress party's Pavlovian reflex was to offer the...