Sagely statesman or savage beast, poetry soothes the soul of either 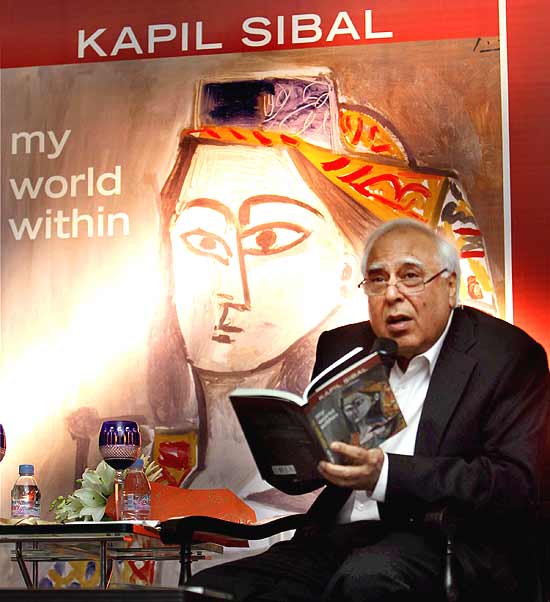 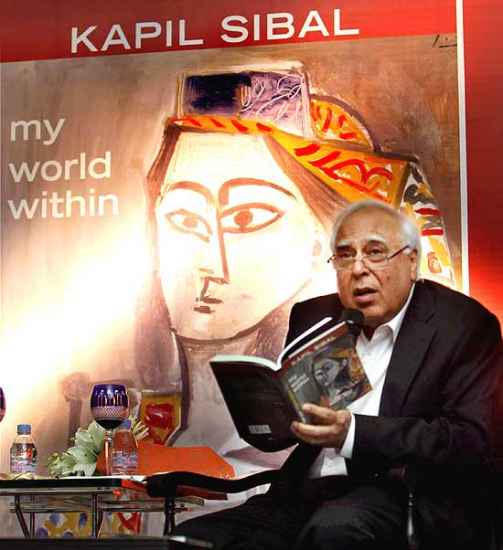 There is a “postmodernism generator” on the internet. Invented to ridicule the jargon-ridden academic—almost anti-writing—style of some intellectuals in American and European academia, you feed random text into this generator and it throws up the most deceptive garble, dressed up as a research paper. You could only pretend to understand it. I wonder if there exists a mobile phone application that similarly generates poetry with such insouciant ease when nourished with banal statements and everyday conversations. Something that guarantees a mild and rudimentary metre to recreate a visual experience of a poem, rather than an auditory one.

Kapil Sibal, in My World Within, his second book of poems, claims the mobile phone is a “handy instrument for creativity”. For most parts of the collection, what is arranged as poetry are passionate assertions, arraignments and compassionate outbursts. The Union telecom minister has imagined his cell phone to be a three-in-one device: a jukebox, a confession chamber and a witness stand. The QWERTY keyboard has taken the punches whenever he has dropped a coin of emotion and the ‘Talking Tom’ has added an echo that sounds like a chorus.

Anyway, let’s leave the instrument aside and focus on intent (ha! rhymes with ‘content’). Sibal’s poetry props up a classical question. Can a politician be a poet and vice versa? Can power and poetry make peace with each other, when all good poetry tends to subversion? Politicians have been writers. But, it is discursive prose and pamphleteering that has been their forte. Can the poetic muse, too, inhabit inside them? Can it coexist with reason, logic, demagoguery and skulduggery? Are politicians a species who possess unique cognitive compartments that allows inhabitation of opposing streams? Sibal is not just a politician, he is an eminent lawyer as well. He deals with the rule of law, but what laws can really govern poetry? Isn’t it a genre that meanders the labyrinths of uncertainty and chaos?

Shelley famously said that poets shouldn’t be allowed to legislate. He believed the two trajectories could not be reconciled, but left the converse unstated. But then, one may point to Mao Tse-Tung and Ho Chi Minh, whose poetry is taken seriously and finds place in anthologies. They wrote their poetry in a calligraphic hand. In the finest of anthologies, they are placed alongside Neruda, Vosko Popa, Faiz, Rimbaud and Mayakovsky. Ho Chi Minh writes that “the poet should know how to lead an attack”. It was also recently discovered that Stalin wrote some passable verse during his youth. But these leaders wrote poetry on their revolutionary route. Before they became presidents and chairmen and, in some cases, tyrants. There are other innocuous names in history where monarchs dabbled with poetry, but that was only an extension of their patronly roles.

Democracy, however, is different. The egalitarian cloak (ha! rhymes with ‘bloke’) is supposed to erase the distinction between a poet and a politician, the rebel and the ruler. Poetic licence belongs to all. The most recent precedence of poet-politician in our country is A.B. Vajpayee, whose poetry appeared convincing because he wrote in his mother tongue. It appealed only because he rendered it like his famed oration, with pauses and all. The style hid the substance.
With Sibal, a certain innocence marks his style. There’s a tactile warmth (‘Felt your embrace/as you held me with your glance’. Also, ‘Long to caress/the fragility of/your being with/my warm breath’). There’s a chirpy exuberance locked in the aphoristic lines (An uncut diamond/hard to find/convinced that you/are only mine). There’s also a pragmatic urge to depart from the shores of pain and the past. There’s gushing passion (‘With nectar I/will lace your lips/starting with a/soft, gentle kiss’) and lament for lost love. And there are surprises as well (‘Your insanity/somewhat effete/is manicured/polished and neat’).

In this collection, divided into two parts, it is the ‘personal’ first part that triumphs over the ‘professional’ second. Part two is mostly a platitudinous reaction to news events. However, there are two poems that arouse curiosity. One is titled The Bazaar of Politics, in which he says: “It is indeed/a numbers game/with wooing of/coquettish dames.” In Riding Dangerously, he says: “Sing paeans for thoroughbreds... In the stable/must always try/to catch hold of/the leader’s eye.” Politically incorrect, and hence welcome.

My favourite Chilean-Spanish poet Nicanor Parra had offered his readers a brilliant piece of advice. He wrote: “In poetry, everything is permitted. With only one condition, of course: You have to improve on the blank page.” More of our politicians should be encouraged to engage with poetry, because poetry can indeed rescue politics.

The Turf Ain’t That Green Anymore