The Prodigal Who Didn't Return

Harilal wasn't just Gandhi's errant son but a rebel who lost his way, says his grand-daughter 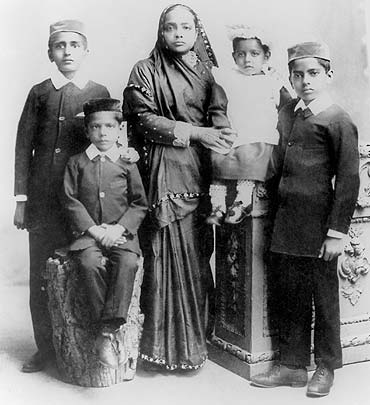 outlookindia.com
-0001-11-30T00:00:00+0553
Sitting in the front row at the preview of the film Gandhi, My Father in Ahmedabad last fortnight was a silently weeping Nilam Parikh. For the 74-year-old grandchild of Harilal Gandhi, the film was the end of a personal mission: to clear the dust on the troubled relationship between the Mahatma and his eldest son. The film's director, Feroz Abbas Khan, says Parikh, interviewed her innumerable times to get an authentic version of what really went wrong in the Mahatma vs Son battle that lasted till their death within five months of each other.

It was never really a battle, Parikh claims, who wrote a biography of her grandfather, Gandhiji's Lost Jewel, based on the family's memories and a collection of his letters they discovered after the death of his last surviving child, Manubehn. "He was the best of Gandhi's four sons, both in intelligence and courage, the only one who had the guts to stand up to his father. If destiny hadn't willed otherwise, Harilal would have been Gandhi's true successor." Harilal, his grand-daughter insists, was truly the "jewel" that Gandhi and Kasturba lost early in their epic freedom struggle and spent the rest of their lives hoping to reclaim. It was a hope, Parikh says, the son shared with the father, trying honestly—if futilely—to cooperate with the Mahatma's efforts to cure his chronic alcoholism. "There was a mutual respect between them, and they both worked in their own way to repair the damage." 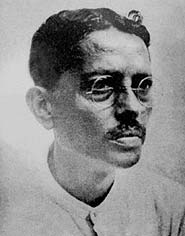 The pain Harilal inflicted on his parents and children by his drinking, womanising and his much-publicised (if short-lived) "stunt" of converting to Islam, Parikh attributes to his being "misguided" by Gandhi's many opponents. "He was a man who never stopped caring about his family, even after his downfall. He cared so deeply that he preferred to entrust his children to Gandhi and Kasturba, and stayed away from them rather than embarrass them with his degradation."

Parikh was only 15 when Harilal died: he was the frail, old man in dirty clothes carrying a copy of the Gita who turned up occasionally in their Bombay home and stayed a couple of days. Sometimes he lectured the children on self-reliance and sang with them during evening prayers. "He had a good voice and knew all the bhajans from Gandhi's ashram." Then, there was the version Harilal's three children—son Kanti, and daughters Ramibehn and Manubehn—passed on to the next generation: "Bhai (that is how Harilal's children addressed him) was an affectionate, clever, industrious, very intelligent and considerate person." Beyond that, they said little. "I tried to ask my mother about her father. But she wouldn't say a word. She suppressed all her emotions." As they grew up, Parikh, like her siblings and cousins, lost interest in finding out the truth. "We were too immersed in our own lives to bother about the past," she recalls ruefully.

It was only seven years ago, when Harilal began to gain fresh notoriety, first in a populist Gujarati novel, Mahatma Vs Gandhi, then in a play with the same title, that a perturbed Parikh began to search for the real facts. A devout Gandhian married to an equally Gandhian activist, she was torn by her loyalties: was Bapu, the revered figure she had been taught to worship, bending down to touch his feet each time he came to Bombay, the playful Mahatma who slapped her too hard on her back and spent five whole minutes playing with them before turning back to more urgent business, the Bapu who had practically raised her mother, uncle and aunt, as bad a father as he was being portrayed? Was Bhai, the tender grandfather who fiercely championed Gandhi, spoken of with such respect and affection by his children, really his sworn enemy? "How I wished I had questioned them (her mother, uncle and aunt) while they were alive," recalls Patil with tears. The search led her eventually to a little black rexine bag that lay unclaimed among her aunt's belongings.

It was a memorable moment: "The bag had a combination lock, and we were wondering how to break it open. Then I remembered that Kantimama's favourite number used to be 420. So we tried that number, and the lock sprang open." Inside was a cardboard file with nearly 100 letters in faded ink on paper so old that some of them came apart in her hands. Right there, seated on the bed in Manubehn's room, Parikh devoured the letters—from Gandhi to Harilal, from Harilal to his wife Gulab, Harilal to his sister-in-law, Balibehn, instructing her long-distance on how to raise the children, from Kasturba to Harilal and his children, from Gulab to Harilal, from Harilal to his youngest daughter—the tears flowing as the past sprung to life in all its tragic inevitableness. 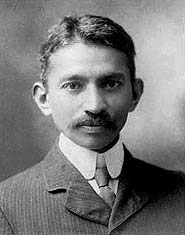 Perhaps the most touching of them were the 29 letters Gandhi wrote to Harilal from the time he left for South Africa to when father and son were going in and out of jail. In the two-and-a-half years in South Africa before Harilal left in a huff because he didn't agree with his father's notions of education, Harilal spent one year, seven months in jail under the harshest conditions. "There is so much affection in them," says a visibly moved Parikh. But more than the affection, what stands out in these early letters Gandhi wrote to his eldest son is his curious mix of friend, faddist and heavy parental hand. While encouraging his son to speak freely, even on sex, he gives liberal doses of advice to the impressionable 20-year-old: on how to handle his wife and mother ("with Ba you have to enjoy a lot and remain cheerful, not serious. You should amuse her but also look after her"), improve his handwriting, spellings, his reading (the Gita for 30-45 minutes, rest of the night for 'other reading'), on financial management, diet, and the benefits of celibacy ("increases your power"). "Harilal went looking for a father," explains Parikh, "and always found a mahatma instead."

It was not his famous rebellion against his father who refused to send him to study abroad that broke Harilal, according to Parikh, but the absence of an alternate vision. "Clashes of opinions happen with every generation," says Parikh, who raised her only child, Samir, in the tribal school she set up in Surat's Bedkuwadoor village, until Samir decided to become a doctor instead, and who now runs a successful private eye hospital in Navsari. "We live in our way, and we have to let our children live in their way." The tragedy of Harilal's life was that after picking up the moral courage to rebel against his father, he lost his way. "He became one of those individuals," rationalises Parikh, "who failed at everything he undertook, and gradually got pulled into the vortex of failure until he believed it was his destiny to wander homeless forever."

The alcoholism, according to her, started only after his beloved Gulab died in a flu epidemic. "He was not just any rebellious son, he was rebelling against the Mahatma, who was setting ideals for an entire nation. He was running against the tide of revolution. On top of it, he lost the support a family provides. It was a double blow he could never recover from." 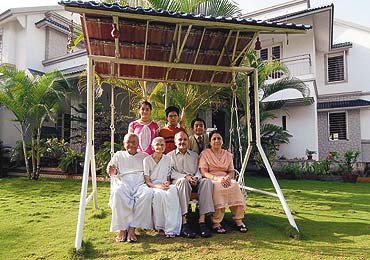 Nilam Parikh (second from left) with her family at son Samir’s residence in Navsari, Gujarat

Both father and son understood each other better than anyone else, explains Parikh. That's why both Gandhi and Kasturba tried at first to use the pathetic plight of his children, neglected and shuttling from home to home, to arm-twist Harilal into giving up drinking. Gandhi hardened his own heart to the plight of his eldest son, stoically refusing to give him money even when he was penniless and hungry. But others, both friends and enemies of Bapu, gave in to Harilal, with disastrous results. Gandhi then encouraged Harilal's children to reform their father, hoping they would accomplish the miracle that he could not. "It was never Gandhi versus Gandhi, but Gandhi and Gandhi," says Parikh.

It almost worked: his son Kanti took him in while he was at medical college in Mysore, and for several months Harilal was a changed man. And then "destiny" intervened again: someone proffered him a large wad of thousand rupee notes which proved to be his undoing. He came home drunk, blabbered about sending his son abroad to become an eye surgeon, handed the money over to his daughter-in-law, and passed out. The next morning, a repentant Harilal disappeared, saying: "I am not a person who can be reformed. Tell Kanti to pardon me." He died the next year, on June 18, 1948, in Shivari Hospital in Bombay, with his two daughters and a son-in-law by his bedside.

It was a life, however, that was not all in vain. Says Parikh: "It was because of Harilal that Gandhi let his other sons choose their own careers instead of working in the villages as he wanted them to do. He learnt from the mistakes he'd made with Harilal. And when Kanti decided to become a doctor, Gandhi readily agreed, asking his three sons to contribute towards his expenses." Harilal's ghost should be pleased: there are more doctors settled abroad in this branch of the Gandhi clan than most well-to-do families can boast of.