'The Presidential Polls Led To Problems With The Allies'

The BJP chief who has had to expend far too much energy in climbing the slippery slope of the BJP's power structure on his not-so-smooth innings as party president. 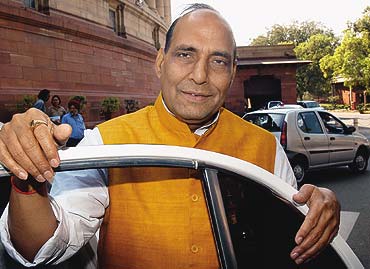 Did you support the strategies of the BJP/NDA during the recent presidential polls? Hasn't it led to divisions among the allies?

There can be no question of the BJP president disagreeing with a strategy followed by the party. But yes, there are problems with the allies that have arisen after the presidential polls. There were certain local compulsions that arose and the allies had to develop different strategies from that of the BJP.