The Indian PM’s cricket diplomacy gambit has opened a window 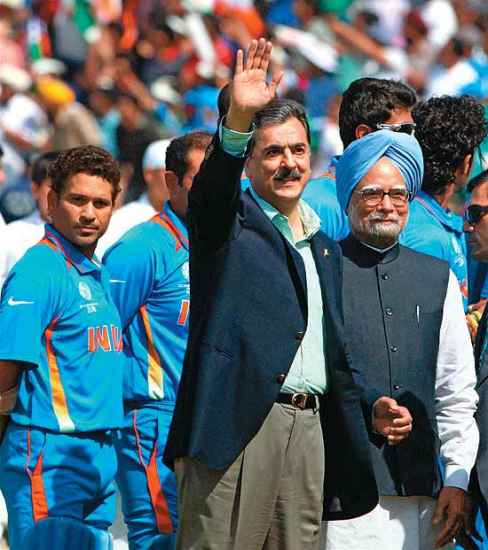 Away from the breathless excitement and nail-biting tension of the India-Pakistan semi-final match, the mood inside the Long Room at the Mohali cricket ground was remarkably different—warm, poetic and contemplative. An encounter of another kind was afoot here, a meeting over dinner between Prime Minister Manmohan Singh and his Pakistani counterpart, Yousuf Raza Gilani. Flanked by Congress president Sonia Gandhi and her son, Rahul, Manmohan Singh recited an Urdu couplet to welcome Gilani and his entourage. It set the mood for the two sides to partake of the lavish spread—and for informal parleys. Gilani too responded with a couplet and profusely thanked the Indian PM for hosting him as also creating the opportunity for the two countries to interact at the highest political level.

Manmohan spoke extempore at the dinner. A senior Indian official present at the meeting told Outlook, “He spoke straight from the heart, but it wasn’t all emotion.” He acknowledged the many difficulties in establishing normal and cordial relations, but stressed that this goal both India and Pakistan “owed to themselves and their people”. Striking a protagonistic vein, he said it was for the leaders to take the initiative to improve ties, instead of waiting for outsiders to nudge them towards it. Gilani, in turn, emphasised his country’s commitment to have good relations with India and hoped that all outstanding issues between them would be resolved through the dialogue process agreed upon in Thimphu, where the foreign secretaries had met on the sidelines of SAARC.