The Potomac Flows By The Yamuna 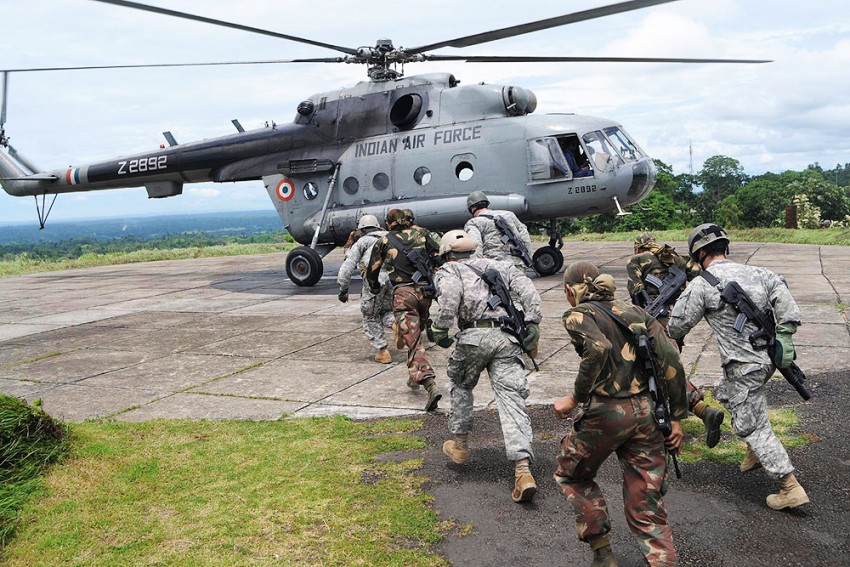 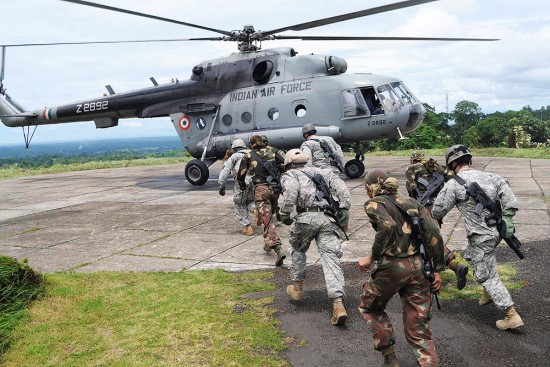 A mere four months after Prime Minister Modi’s landmark visit to the United States, both governments are again rushing to put the finishing touches on a leaders’ summit. This time, the adoring crowds at Madison Square Garden will be replaced by the pageantry of a US president standing alongside the Indian prime minister on Republic Day. Both are firsts. And both tell a story about just how much has changed since the BJP returned to power last May.

The sceptics, however, are right to be dismissive of mere spectacle. The last dec­ade of the US-India relationship was one of unrealistic and unrealised expectations. As a result, some in Washington are asking—for good reason—what the US can hope to achieve with this historic trip beyond symbolic gestures. Coming so soon after the last summit, there has not been much time to make progress on big deliverables. All the same, there are three realistic outcomes that White House could plausibly hope for.

First, Washington would like this visit to signal that the US-India relationship is on its way to becoming a unique kind of ‘strategic partnership’. Modi’s invitation to Obama upended the careful rhy­thms of both countries’ diplomatic cal­e­ndars and signalled that ties with America would be a priority. The president, too, is seeking to highlight India’s importance to the US. He reportedly shifted the schedule of his annual State of the Union address for the visit, suggesting that he views revitalised US-India ties as part of his foreign policy legacy.

Given India’s non-aligned tradition, no one expects New Delhi to be eager for a formal alliance. But US leaders hope this visit can set the tone for a deepening of real ties.

This visit points to a new openness—particularly within India—in talking about America as an enabler of India’s glo­bal ambitions. The UPA government was exceptionally sensitive to the perce­ption that US-India ties was in any way special. This is beginning to cha­nge under Modi. Respectful of India’s non-aligned tradition and its complex relationships with countries such as Rus­sia and Iran, no one expects that New Delhi would be eager for a formal alliance. Wor­­king within the structure of the existing strategic partnership, US leaders hope that this visit can set the tone for a more open, forthcoming relationship.

Second, on a practical level, US leaders want to use the president’s trip to drive progress on an ambitious bilateral age­nda for 2015. For the first time since the US-India civil nuclear deal, both bureaucracies are moving at full-tilt. Secretary of State John Kerry previewed four areas in which talks are particularly foc­u­sed: a carbon reduction pact that would address global warming concerns but not dampen industrial growth prospects; a resolution of the civil nuclear liability problem; a deal on enhanced eco­nomic partnership or significant ene­rgy investment; and a deepening of def­ence ties, including announcement of a new ten-year defence cooperation frame­work.

More than likely, not all of these big deliverables will be fully negotiated in time for the president’s visit. A major climate deal of the kind recently agreed to by the US and China, for example, is probably too complex to finalise before the UN climate change conference in Paris in December, though there may be an announcement about a framework or a specific aspect of greenhouse gas emissions. The civil nuclear liability problem is similarly thorny; a contact group formed after the September leaders’ summit is reportedly making steady pro­gress, but there are no easy workarounds without legislative revisions to the Civil Liability for Nuclear Damage Act.

These limitations notwithstanding, there will probably be a number of imp­ortant announcements. Summits drive bureaucracies to show that they have been making progress on their lea­ders’ priorities. US observers will examine the joint statement issued in New Delhi to compare it against the aspirations laid out in the statement four mon­ths ago. On defence and security coo­­peration, for example, the September document looked forward not only to a revised defence framework but also to decisions on ‘unique’ and ‘transformative’ joint projects under the Defence Technology and Trade Initiative (DTTI), new partnerships in military training, and deeper cooperation on maritime security issues.

At its best, Obama’s visit can drive both bureaucracies to make the concessions necessary to deliver deals that make good on a shared vision of a truly unique global relationship.

A successful summit should bring some progress in these domains. It should also, to the extent possible, lay out priorities that can be taken up at ministerial-level meetings later this year. On defence, for example, both sides recognise that 2015 is the make-or-break year for DTTI. An announcement of specific co-production or co-development projects, or a timetable for those decisions, would go a long way toward sho­wing that the initiative is a force mul­­tiplier for Modi’s ‘Make in India’ goals. The same is true for agreements on climate change, civil nuclear liability, and other issues.

Thirdly, American leaders want to use this visit to institutionalise the US-India relationship so that it can better weather future storms. Both countries’ diplomats still disagree about the Khobragade inci­dent. But both sides now recognise the unnecessary damage it caused, and speak in private about the need to build a more resilient rapport. Ideally, that means more regular high-level consultations and low-level exchanges. It means initiating conversations about crisis planning before crises happen—something the US does with its closest allies. And it means  a commitment to resolve difficult problems in private, rather than through leaks and public criticism.

Amidst the high expectations, there is considerable realism in Washington about US-India ties. At its best, Obama’s visit can help to solidify a shared vision of a unique global partnership. It can drive both bureaucracies to make the con­cessions necessary to deliver deals that make good on that vision. And it can build the political-bureaucratic infrastructure to make the relationship durable. To be sure, Modi deserves credit for his energetic efforts to revitalise India-US ties. But none of this will be easy, and there are no guarantees that high-level summits can lead to fundamental change in the US-India relationship. It is one thing to produce a spectacle; it is quite another to ensure that it matters.

(Joshua T. White is deputy director for South Asia at the Stimson Center in Washington)