The Potholed Catwalk Of Banaras

Beyond the glamour and hype of celebrity designers, handloom is still a dying craft of poor weavers 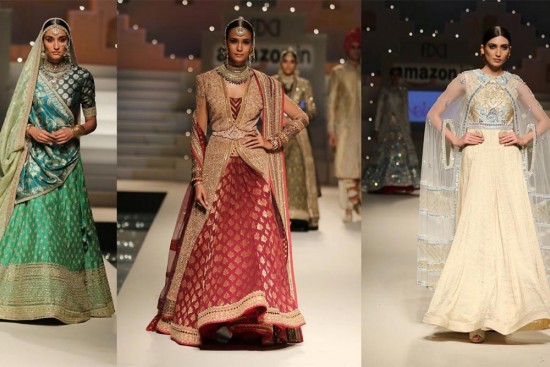 Out on the sunny lawns of Delhi’s Lodhi Garden, against the dulling walls of the tomb of Moh­ammad Shah, young fashion designer Sneha Singhal is getting herself photographed in an ext­r­avagant handloom Jamdani drape. The purple sari, a lucky find, is embellished with an intricately woven elephant pattern, similar to the one that, at almost that precise moment, Salman Bagaar is hunched over to weave on his handloom, in a dingy room tucked away in Lohta village, six kilometres from the heart of Varanasi. The 16-year-old, whose work has anonymously made it to the racks of fashion boutiques, is busy weaving and toiling away to earn his daily wage. Photoshoot done, Singhal too ­begins weaving—with words—for her next blog, fashionably hashtagged #iwearhandloom, rendered famous by Union Textile Minister Smriti Irani to pro­mote Indian handloom. The cause was since taken up by the Fashion Des­ign Council of India (FDCI), which in Ama­­zon India Fashion Week (AIFW) 2015 began with a focus on Banarasi weaves, and this year dedicated the first two days to handloom, with a special tribute to Chanderi. Without a doubt, handloom is the new buzzword—des­igners swear by it, journalists do long stories on the coming handloom revolution, and buyers are rushing to it. Handloom is the new start-up with unending scalability.

Or is it? How much is the hype beh­ind handloom? Despite such exertions over the resuscitation of the Indian handloom, many in the ind­ustry wonder whether all this fuss is a passing fad. There are those who believe that handloom is hardly a fashion trend, and this “greatly imbalanced uph­eaval” of the Indian craft story comes with a short expiry date; given that knowledge about the craft is low, and it doesn’t quite benefit the handloom weavers themselves. “Handloom will never be a trend. The impression being created about a ‘handloom revolution’ is exaggerated, and the idea that weavers from Kashmir to Mangalgiri, from West Bengal to Kutch, are neck-deep in work, is ill-founded,” says Paromita Banerjee, a Kolkata-based ­designer who works closely with handloom, and recently showcased her work at the AIFW. Senior fashion designer Suneet Varma agrees. “Some slick marketing has hyped it up as a fashion trend. The truth is that almost everyone involved is more inte­rested in it being ‘current’, and less in the intricacies of the craft itself,” he says.