The PM In The Comicbook Has Gone Viral

Welcome to Trudeaupia-2, where image is everything. Yet, the proof of the pop appeal is still in the policy pudding. 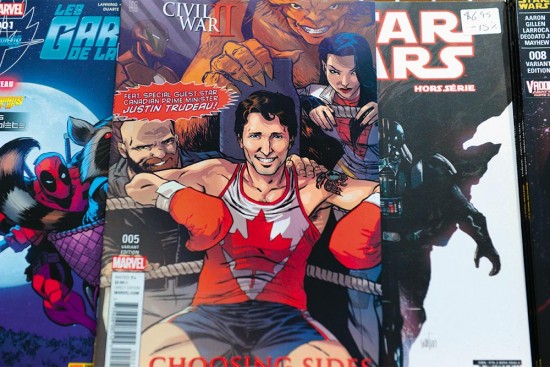 Trudeaupia was the somewhat derisive term used to describe the liberal wonderland the late Canadian prime minister Pierre Eliot Trudeau sought to craft. The father ruled for 15 years. And 32 years after he last demitted off­ice, his son, Justin, who will turn 45 this Christmas, completes a year as PM, idolised as a progressive poster boy.

As a clutch of polls have shown, if elections to the Canadian House of Commons were held today, his Liberal Party could capture a super-majority. His personal app­roval numbers (65 per cent in September, according to the Vancouver-based Angus Reid Institute) outstrip those of his party. “I don’t think the resonance he’s been able to achieve with the Canadian public, the goodwill he’s been able to take on, is at any risk of coming to a screeching halt. It has the potential to last for years,” says Shachi Kurl, an executive director at Angus Reid. “He’s going to have to spend some of this political capital he’s earned…. Remember, he came in with a majority mandate but thereon he earned even more political capital. He hasn’t actually done anything yet, but on tone, he’s done quite well.”