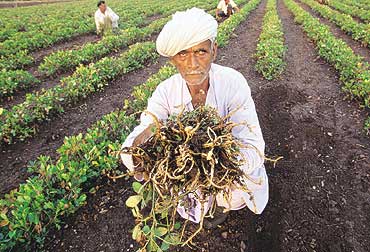 The more things change, the more they remain the same. That globalisation has been an unmixed blessing is well-known. Now, the 2006 Asia-Pacific Human Development Report shows that it has severely hit agriculture and farmers in the region owing to a strong rise in imports—mainly of agricultural products—thereby increasing rural poverty. This is supported by the latest nss data which says poverty levels may not have declined at all at the turn of the century.

Clearly, while growth matters, the nature of it matters equally. Thus, the drastic fall in job creation that accompanied globalisation in some countries, especially in the farm sector, led to the phenomenon of ‘jobless growth’ in the late ’90s even as Asia’s share in world trade grew to 30 per cent. China, for instance, grew on average at over 10 per cent in the last decade, but employment grew only at 1.1 per cent.

And the lack of policies to benefit agriculture doesn’t help. In India, investment in agriculture fell by 29 per cent in the ’90s. There has been no land reform, and farm credit is twice the price of retail loans and scarce. With increasing stress on commercialisation of agriculture, the risk profile of the farmer has also shot up. India seems to have been able to partly compensate the decline in agriculture with a stupendous growth in services. But alongside, it is slipping on food security and human development. Clearly, when PM Manmohan Singh is worrying himself sick over agriculture, he has very good reasons for doing so.