New CM Kiran Kumar Reddy is said to be a doer. Tough days ahead. 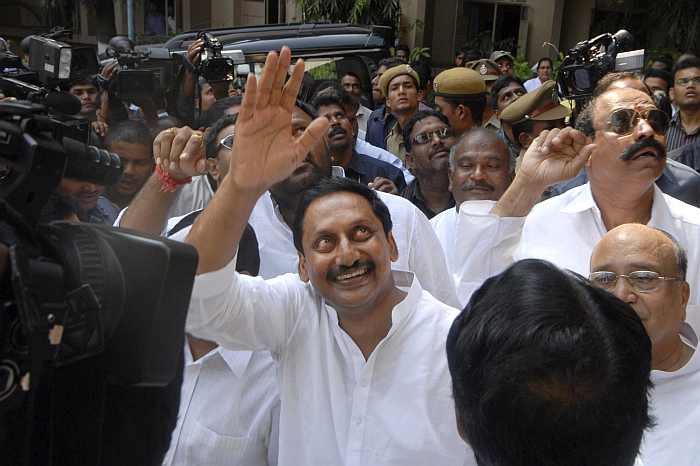 A wicketkeeper-batsman in his student days, 50-year-old Nallari Kiran Kumar Reddy has joined the political big league now. The newly anointed Andhra Pradesh CM is the third face of the current Congress regime. The high command’s decision to pick Kiran a month before the Srikrishna Committee tables its report on Telangana is a clear indication that an assertive man at the helm is the need of the hour. A trusted lieutenant of the late Y.S. Rajasekhara Reddy, Kiran was picked over the safer option of Union urban development minister S. Jaipal Reddy, the latter being from Telangana and with several years of administrative experience.

Kiran Kumar, a three-time MLA from Chittoor district, first contested the assembly elections in 1989. He was defeated in 1994 when the Congress fared badly in Chittoor. After delimitation, Kiran won from the Pileru constituency in ’09. He served as the Congress chief whip from 2004-09 and as assembly speaker from ’09 onwards, but the man has never been a minister. As the speaker who had to stave off resignations of 219 MLAs during the Telangana tussle in December ’09, Kiran fancies himself a man high on confidence and quick on decisions.

An energetic and aggressive personality, Kiran’s appointment  is seen as a masterstroke to blunt rebel Kadapa MP Y.S. Jaganmohan Reddy, who’s been on the warpath ever since K. Rosaiah was made CM. Indeed, the response from Jagan’s camp has been guarded. Former minister Konda Surekha, a staunch Jagan loyalist, said she welcomed Kiran Kumar’s appointment and believed it would bode well for the Congress. Another MLA and supporter, Jogi Ramesh, said the party would come back to power in 2014 under the new CM’s “able leadership”. Woman leaders like Galla Aruna, D.K. Aruna and Sunitha Laxma Reddy have also professed support saying Kiran is a good team leader with innovative ideas and who works well with all groups.

Kiran and Azhar were college mates. In fact, his Test career began with Kiran’s kit—hit three 100s on the trot.

Though born in Rayalaseema, Kiran likes to think of himself as a true-blue Hyderabadi with several friends in the Telangana region. And this might just win him some brownie points here. A student of Nizam College, Kiran played in the Hyderabad Ranji, Osmania University and South Zone cricket teams as a middle-order bat. Some of his friends from the time include Harsha Bhogle, Mohammed Azharuddin, Union MoS Pallam Raju and NTR’s son Nandamuri Balakrishna. MIM MP Asaduddin Owaisi too was a contemporary at Nizam College. In fact, it was Kiran who lent his cricket kit to Azharuddin when he was selected for the Indian cricket team. Azhar went on to score three centuries on the trot with the same. Kiran says Azhar refused to return the ‘lucky kit’, preferring to buy him a new one instead.

The new CM was also one of the first MLAs to take on Jagan when the latter began a signature campaign to get himself the chief ministership after YSR’s death. In a TV interview, Kiran had said that his rapport with YSR was such that he could point out flaws in government policies fearlessly: “Even if YSR and I had differed on issues, he always used to give me a patient hearing.” 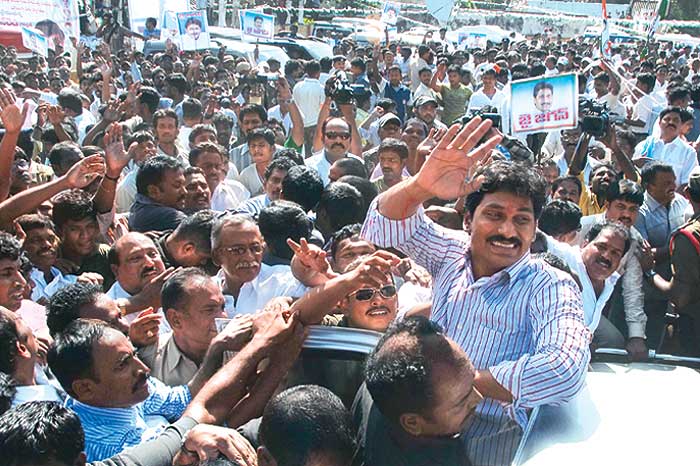 Jagan on his Odarpu yatra

It will be his turn to take the flak and listen patiently now. The challenges are many. Apart from the obvious Jagan and Telangana factors, there’s the agitations for filling BEd posts, SI recruitments, state government staffers’ stir, the demand for high court benches in the coastal Andhra and Rayalaseema regions, the tottering Jalayagnam, Arogyasree and fee-reimbursement schemes etc. So politics apart, Kiran’s administrative and “file-moving skills” will also be under intense scrutiny.

Lok Satta president Jayaprakash Narayan says the new CM will have to hit the ground running. “It’s not about whether the cat is black or white but whether it can catch the rats (read: nail corruption),” he says. On his part, Kiran says he’s all for continuity, especially in the case of schemes started by YSR and Rosaiah. The caste factor is also big here because a Reddy CM should appease the MLAs (the majority is from that community). The thinking now, it seems, is this could also checkmate Jagan. Outgoing CM Rosaiah, who’s from the Vysya community, had recently attended a Vysya meet in Vijayawada. It didn’t go down well with the Reddys. Of course, Rosaiah’s habit of tossing every problem into the high command’s lap also cost him dear. The violent T-stir, the Kurnool floods, flailing state schemes, Jagan’s belligerence, almost every issue was taken to New Delhi. Announcing his resignation, the ex-CM cited his “advanced age” as one reason, adding he found it difficult to handle the pressure of taking care of all the ministries. (Rosaiah’s sarcasm in dealing with ministers and media alike had given him a bad public image.) Indeed, during a cabinet meet, when a minister had asked that rice be distributed to the flood-affected districts, Rosaiah had responded, “Don’t you think we should give them vegetables as well?”

Incidentally, Kiran’s accession to the gaddi comes the same day the Congress was wiped out in Bihar; the hope is that he is perceived as the man who will stem the creeping rot in AP, preparing it for the 2014 elections. Leaders say that while the new CM had lobbied aggressively for the post for two months, his proximity to Union home minister P. Chidambaram is what secured him the post. Kiran’s father N. Amarnath Reddy was also a Congress minister and the family was close to P.V. Narasimha Rao. Kiran has worked closely with former CMs N. Janardhana Reddy, K. Vijayabhaskara Reddy apart from YSR. Many expected him to get a ministerial berth in 2009 but YSR felt he would work well as speaker. Another facet is the new CM’s enmity with TDP chief N. Chandrababu Naidu. In fact, Naidu had refused to shake hands with him when Kiran was appointed speaker. A small aside to all this is now the state’s three top leaders—Chandrababu Naidu, PRP chief Chiranjeevi and Kiran—are all MLAs from Chittoor district.