Home  »  Magazine  »  National  » Criminal-Politicians »  The Perseverance Of The Tainted

The Perseverance Of The Tainted 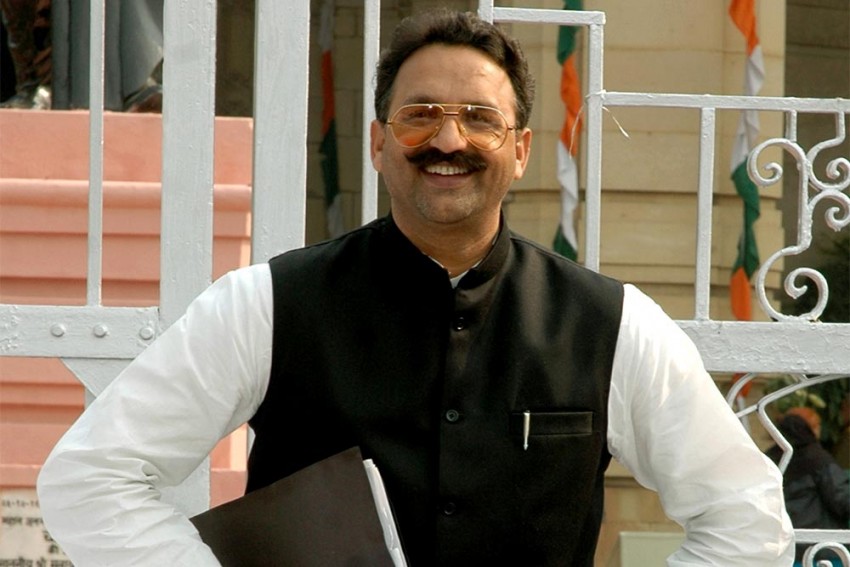 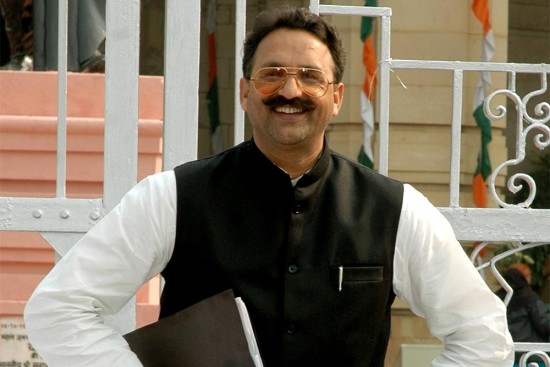 Two days after the feud broke out mid-September in Uttar Pradesh’s first family, patriarch Mulayam Singh Yadav told his chief minister son Akhilesh to focus on development and leave the “dirty job” of running the party and managing votebanks to his more experienced and shrewd uncle Shivpal.

Mulayam’s strategy was to, on the one hand, project his 43-year-old son as the youthful face of the Samajwadi Party, while, on the other, give Shivpal a free hand in distributing tickets, keeping in mind the can­didate’s winnability as the main criterion. Having spent the last three years trying to change the SP’s image from that of a “party of goons and film stars” to that of one which gave UP a clean and development-­oriented government, Akhilesh is smarting at the entry of the likes of Mukhtar Ansari into the party.

Currently lodged in Lucknow jail, facing several criminal cases, including four for murder, four for attempt to murder, five for criminal intimidation and three for rioting, Ansari is to Uttar Pradesh what Mohammed Shahabuddin is to Bihar. Akhilesh had stalled the merger of Ansari’s Quami Ekta Dal (QED) with the Samajwadi Party earlier in June, but last week he appeared helpless as Shivpal announced the merger with the blessings of ‘Netaji’ Mulayam. Political pragmatism and Ansari’s ability to bring in Muslim voters seems to have outweighed his criminal credentials.

SP leaders tell Outlook that by merging with QED, the party hopes to increase its influence in Purvanchal (eastern UP) and consolidate the Muslim votes. The QED has only two MLAs—Sigbatullah Ansari represents Moh­amm­adabad and Mukhtar has won four times from Mau­—but party president Afzal Ansari claims they can influence results in as many as 50 seats in Ghazipur, Mau, Ballia and Varanasi. In 2014, Mukhtar had announced he would contest against Narendra Modi from Varanasi but eventually backed out to prevent a division of secular votes. His party had then ­supported Congress candidate Ajay Rai.

Even though Afzal told Mulayam that Mukhtar was now a “loyal SP soldier” and willing to contest elections, a leader close to Akhilesh says he is “confident that Mukhtar will not be offered a ticket and only his brothers will contest.”

Akhilesh’s confidence, though, may prove to be misplaced as Shivpal has given a poll ticket to Amanmani Tripathi, who is facing a CBI probe for allegedly killing his wife Sara. His father Amarmani Tripathi is currently in jail, serving a life sentence in the Madhumita Shukla murder case.

Akhilesh did not want Amanmani to get a ticket, but could not do anything about it with Mulayam giving Shivpal a free hand in the distribution of tickets. Sara’s mother Seema Singh had met Mulayam and pleaded that Amanmani should not be allowed to contest elections, but the prospect of electoral gains superseded all other concerns.

Sources close to Akhilesh say he is ­agitated about the entry of criminals, ­inc­luding those accused of heinous crimes, into the party and tickets being offered to them. “He is worried that, as the face of the government, he will draw flak from the Opposition and the people,” says a source. “Ever since he denied entry to D.P. Yadav in 2012, he has tried his best to change the image of the party. All his efforts seem to have come to a naught.”

Everybody Loves A Don Who Brings In The Votes