In J&K, The People Vs A Fax Machine 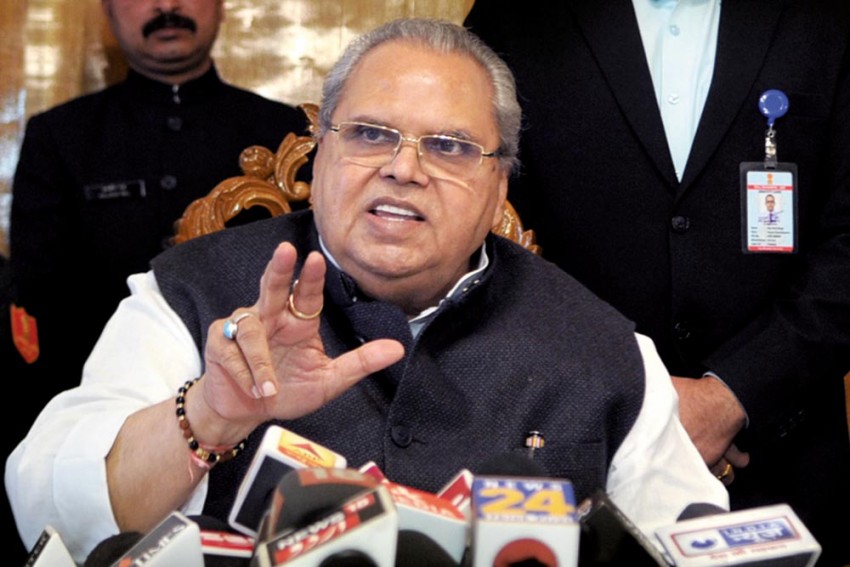 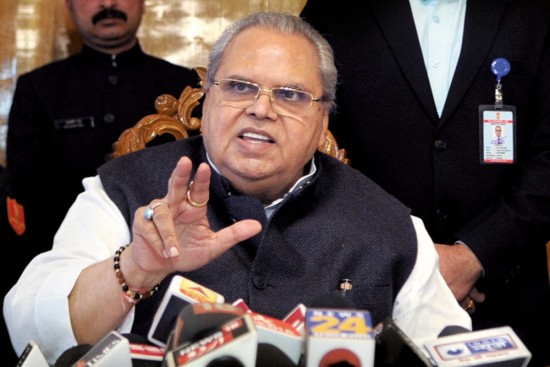 On the evening of November 21, mere minutes after Peoples Democratic Party (PDP) lea­der Mehbooba Mufti had staked her claim to form a government in Jammu and Kashmir, state governor Satya Pal Malik dissolved the legislative assembly. With verbal support from the Natio­nal Conference (NC) and the Congr­ess, Mehbooba had first faxed her letter to the governor, and later tweeted it as the fax machine at Raj Bhavan was not working. Soon after, Sajjad Gani Lone of the People’s Conference, who was in London, followed suit, tweeting a letter with his own claim, which he had sent to the governor’s personal secretary when there was no response from the fax machine.

Notwithstanding the ‘fax pas’, Malik cited the fragile security scenario in the state as the major reason behind his dec­ision to deny the grand alliance of the PDP, the NC and the Congress the chance to form a government. For their part, the political parties say the governor has created an impression that the Muslim leaders of the mainstream secular parties are untrustworthy. They also allege that Malik is in no mood to recommend fresh elections.

“There is nothing new about how Delhi has fiddled with democracy in Jammu and Kashmir for the past 70 years. But the governor’s justification for the dissolution of the assembly makes it clear that the Muslim leadership of the mainstream secular parties cannot be trusted with the guardianship of the state in spite of the presence of the largest concentration of security agencies. The governor’s justification is fraught with dangers,” warns senior PDP leader Naeem Akhtar.

While giving grounds for the dissolution, the governor has argued that there is a need to have a stable and supportive environment for the security forces, which are engaged in extensive ­anti-militancy operations and gradually gaining control over the situation.

“It is a fact that [BJP national general secretary] Ram Madhav and local leaders of the BJP accused the NC and PDP of taking instructions from Pakistan for the grand alliance, but the governor went a few steps further. He brought the security aspect into the prospect of non-BJP parties forming a government, and this is a completely new dimension to democracy in the state. Would the parties have to pass the security test for government formation even if they sec­ured a majority,” asks Akhtar, adding, “Governor Malik seems well-meaning, but he needs to fill the gaps in his knowledge regarding Kashmir’s relationship with the Union. This history did not start with the emergence of the BJP as the dominant political power.”

“Would parties have to pass the security test to form a government even if they had a majority?” asks senior PDP leader Naeem Akhtar.

The governor is unfazed by such criticism. “I knew that neither the PDP nor Sajjad Gani Lone had the numbers. Had I called anyone to prove their strength in the House, it would have created iss­ues. The biggest problem in Jammu and Kashmir is corruption. Politicians have vast sums of money. People have 50-room houses. They have carpets worth crores. It would have led to horse-­trading, and would also have inv­olved terrorists. Deaths might have occ­urred. It would have created chaos,” Malik argues. “I have rescued the people from both the PDP and Sajjad Gani Lone for six months at least,” he says, adding “People are ­messaging me on WhatsApp, saying I have rescued them.”

Since governor’s rule was imposed after the breakup of the PDP-BJP government in June this year, the PDP and the NC have regularly called for the dissolution of the assembly. In fact, Malik concedes that Mehbooba Mufti app­roached him a month ago, stating that the National Investigation Agency was trying to threaten her legislators into switching sides. However, the BJP and the People’s Conference led by Sajjad Gani Lone have been opposing dissolution, with leaders of both parties hinting that the BJP was trying to form a government with Lone as CM.

Two months ago, however, PDP leader Altaf Bukhari floated the idea of a grand alliance between the PDP, the NC and the Congress. With the PDP having 29 members, the NC 15, and the Congress 12, the alliance could easily have passed a floor test. Lone reacted angrily, des­cribing the idea of such an alliance as “daydreaming”, but at the same time, he was justifying “rebel” PDP leaders joining his circle. With his angry tweet, Lone might have thought he had killed the grand alliance in the cradle.  But the three parties were working behind the scenes, and the coalition was finally unveiled on November 21—only for the governor to wade in.

“This country will und­erstand soon what disservice the BJP did, first by demolishing a legitimate arrangement as a result of its refusal to follow the Agenda of Alliance [the agreement  that was reached bet­ween the PDP and the BJP when they formed the erstwhile coalition government], and later by the governor stalling the coalition attempt among non-BJP parties. This has cost the country and the system’s credibility very heavily, and it will be difficult to revive trust in electoral politics. The problem in Jammu and Kashmir is a perception that all state governments are made in Delhi; that impression had been reversed to a considerable extent, but now it seems we are back to square one,” says Akhtar.

Another PDP leader, Waheed-ur-Rehman Parra, argues that the situation is being complicated by the governor. He says that Malik believes he is the chief minister and is in no mood to rel­inquish his powers. “We think he got directions from the Centre to dissolve the assembly as the chance of government formation was real—and the governor was more than happy to do it. I fear he would even delay the assembly elections,” Parra says. However, the governor tells Outlook that these are mere conjectures. “We will go by the law and the Constitution. We want an elected ass­embly to be in place at the earliest,” Malik says. And news reports have surfaced claiming that Malik resisted pressure from Delhi to appoint Lone, and instead dissolved the assembly.

Analysts here say the core issue is that the Centre, using the governor as its INS­trument—if indeed the two are acting in concert—seems to want to keep the assembly in a state of dissolution for a long time, at least until the BJP calls the Lok Sabha elections, if not longer. “That is six months. In political terms, that is a lifetime, and so it gives the governor exe­cutive authority for a lifetime,” says Siddiq Wahid, former vice-chancellor of the Islamic Uni­versity of Science and Technology, Kashmir. “More concretely, it gives the governor time to effect long term changes in the state’s civic institutions, law department and fiscal bodies. That is worrisome,” he adds.

National Conference vice-president Omar Abdullah’s political secretary Tanveer Sadiq says that citing grounds of security as justification to dissolve the assembly is just rhetorical subterfuge to hide the real reasons. “We know it’s a canard. Ultimately, even for security, what is needed is a political setup. Otherwise, the trust deficit in Kashmir will go on widening,” he says.

Ahead Of Elections, A Walk Through Rajasthan's Political Landscape