The People Need To Breathe

Both the state and Maoists are sceptical about peace talks. Civil society must act, a civil war is upon us. 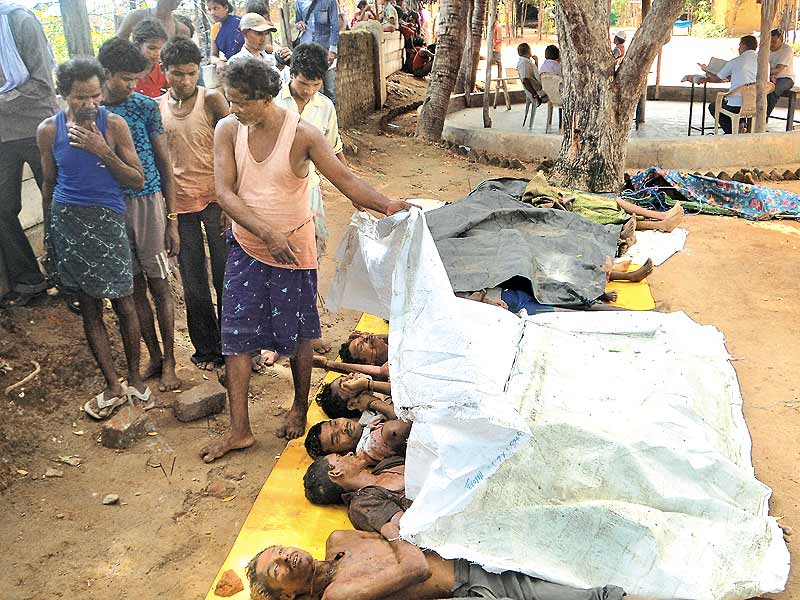 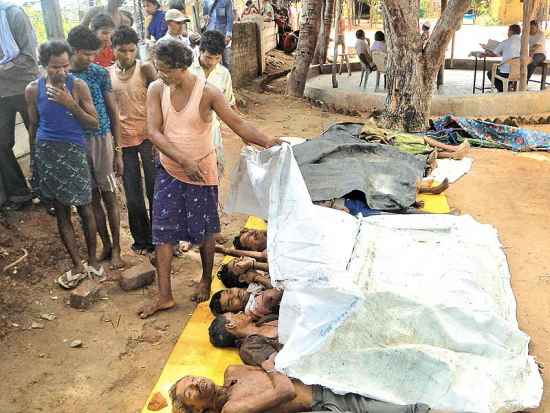 After the killing of 18 civilians in Korseguda, Bijapur, the SP there reportedly told a journalist, “It is difficult to differentiate between Naxals and villagers. They all have voter ID cards and ration cards. On regular days, they take part in farming activities and, at other times, they help the Naxals. In effect, they are also Naxals.” The CRPF, the Chhattisgarh chief minister and senior ministers at the Centre also went on to talk of “human shields” and tried to obfuscate the killing of unarmed children attending a meeting in their own village by bringing in the Maoist recruitment of child soldiers. This, of course, needs to be condemned but there is a more pressing issue that needs to be discussed here.

For what is shocking in the Korseguda case is not only the massacre itself but the cover-up that followed—the refusal to observe the basic laws of war despite evidence that many of those killed were minors, all of them unarmed. Judicial inquiries ordered by the Chhattisgarh government are designed as eyewashes—the few that have been ordered so far, in response to public protests, have been pending for years. As for revising the standard operating procedures for the CRPF and police, the fruits are already before us. In response to the killing of a constable in Orchha on August 1, the police ransacked all the shops in the village.

As armed conflict spreads to more parts of the country and the frontlines are drawn through homes and fields, it is imperative that the security forces and politicians are trained in basic humanitarian law. Noting the growing problem of ‘farmers by day turning fighters by night’ on the one hand, as well as the increasing use of state-sponsored vigilantism on the other (whereby civilians are brought in to fight the government’s war), the Red Cross has come out with a useful advisory on when a civilian is entitled to protection under the Geneva conventions, especially Common Article 3 to which India is a signatory (see http://www.icrc.org/eng/ resources/documents/feature/2009/direct-participation-ihl-feature-020609.htm). All those who are not members of the state armed forces or the organised armed groups are entitled to protection “unless and for such time as they take a direct part in hostilities”. And only those persons will be considered members of an organised armed group who have “continuous combat functions”. Providing information or supplies to Maoists, or attending village meetings with Maoists present, does not in any sense constitute direct participation in hostilities or justify killing unarmed villagers.

But the level of impunity is such in this country that we will go on, with the state becoming ever more lawless with its use of drones and Israeli-style decapitation policies where leaders are targeted, and the Maoists resorting to desperate measures like kidnapping. In the meantime, citizens are reduced to ciphers, with even their status as such questioned. Is there a way out and is there any hope that the political class will seek it? Currently, the scenario for peace talks appears bleak but it is the only possible and lasting solution and one that civil society must struggle for.

The security establishment is against talks on the grounds that it will provide time for Maoists to regroup. They argue that talks are only possible if the Maoists give up arms. At the same time, however, no politician can afford to be seen as closed to peace talks. Hence, the cover-up of the Azad killing as an ‘encounter’, since shooting the messenger would directly implicate the home ministry.  For the government, nothing hinges on peace talks—it has endless money and time so it can continue with its repressive holding operations, as the experience of Kashmir and the Northeast has shown us. Some amount of ‘development’ will also give a veneer of concern and legitimacy, and the government is hoping the expansion of jobs in the paramilitary and reserve battalions—the only sphere where public employment is expanding—will buy it support among the youth. And finally, since all political parties are united on the militarist approach, there is no political pressure to act, and no one to challenge the government to “abjure” its own violence.

For The government, nothing hinges on peace talks. it has endless money and time and can continue its repressive holding ops, as in Kashmir.

The Maoists are sceptical about peace talks since both in Andhra Pradesh and West Bengal it has proved fatal for their presence and the organisation. It has led to police infiltration in their ranks, and in West Bengal, the major PCPA leaders have either been arrested or have joined the TMC to save themselves. The Maoists also feel that talks will lead to no basic change, since there is no way the government will either give up trying to capture all the adivasi areas for mining, or give the people land rights. The experience of the AP peace talks where they gave a list of areas around Hyderabad given illegally to corporates is one indicator, as is the failure of the government to keep any of its promises in the recent hostage cases. Also, the Bihar cpi(ml) Liberation experience shows that revolutionary parties find it hard to compete with the money of bourgeois parliamentary parties when it comes to elections. But at the same time, the Maoists are more likely to engage in peace talks than the government because the adivasis are their main constituency and they need respite.

Even though rights activists say they want peace, in fact, many of them are ambivalent. One view is that since non-violent activism has been unable to prevent mass arrests or mining in other areas of the country, why stop the Maoists from continuing their fight? The parcelling out of north Chhattisgarh and now, potentially, Saranda in Jharkhand, to mining companies reinforces the notion that the Maoists are the only bulwark against the wholescale decimation of adivasis for corporate loot. After the killings of Kishenji and Azad, potential mediators are worried about being implicated in endangering the lives of Maoist leaders. The long-drawn ennui of the Naga peace talks—where people’s aspirations are being coopted or ground into internecine conflict—also does little to inspire faith in talks as a political tool. In the absence of a strong movement for justice, there is a sad tendency among activists to get diverted in personalised campaigns for the release of certain individuals while thousands of others languish in jail on false charges, and to play to the radical gallery from the comfort of their urban spaces.

Contrary to all three positions, there is a need for peace in and of itself. After such prolonged conflict, people need breathing space, and so does the government in order to assess where its policies have been going. For the last seven years, villagers across central India—especially (but not only) in Chhattisgarh, Jharkhand and Orissa—have lived in fear of sudden attacks by the police and combing operations, and thousands have been jailed. The government has been hoping that the more difficult life gets for them, the less they will support the Maoists, but the experience of the Salwa Judum shows that this has boomeranged into having just the opposite effect. While people need respite, they also need justice. Urban India, on the other hand, is fed with almost daily news of Maoist attacks on police, informers and infrastructure. The government is hoping that in this kind of situation any attack on civil liberties and activists will be seen as justified, but as the Maruti incident shows us, urban India is also waiting to explode.

The current policy of killing Maoist leaders is likely to lead to an increasing number of fake Maoist groups, some of which are already IB-supported. While long-term conflict may suit the police and paramilitary forces who gain in unaccounted-for, security-related expenditure, it means disaster for everyone else. The proliferation of underground groups in the Northeast and their extortion demands are clearly before us. In the absence of experienced leaders, it is also harder to keep control of the cadre.

Above all, the country must have a democratic space to reimagine its future—precisely what the Concerned Citizens Committee was struggling to  achieve in the run-up to peace talks in Andhra in ’04. Many claimed those talks were a failure, but on the contrary they showed what determined citizens can and should do. Because for peace to last, it must be a just peace—it cannot be a peace on the government’s terms alone or the Maoist terms alone (such as election boycotts). It must be a peace that takes into account people’s need for basic rights, control over their own resources, and the need for democracy at both the village level and up the political chain to Delhi.

In the interim, many steps can be taken. Like an all-party team that visits ‘Maoist areas’ and talks to ordinary people and not just CMs and DGPs, and a semi-permanent group of interlocutors to have sustained discussions on peace talks, as against the knee-jerk use of mediators in times of hostage crises. Second, a just peace would recognise the violence inflicted on people, and rest upon both a political and material apology by the government. Maybe central India can serve as a model for a truth and reconciliation commission, followed by a judicial commission to grant amnesty to all those arrested on political charges. And third, there are all kinds of potential political/administrative steps that could be taken—such as the creation of adivasi-dominated states like Gondwana (Dandakaranya), Bhilistan, a redrawn Jharkhand, greater cultural and economic autonomy to these states, including the right of local communities to decide how their land should be used and whether and on what terms they want to lease it to private firms. We have two years left till 2014—we can either waste it and sink further into civil war or rise above ourselves, forge a new future.

The King Of Chillar