The Pensmiths Inflict The Deepest Cuts

The writers’ stand is forcing the government to sit up and take notice, even if it acts nonchalant 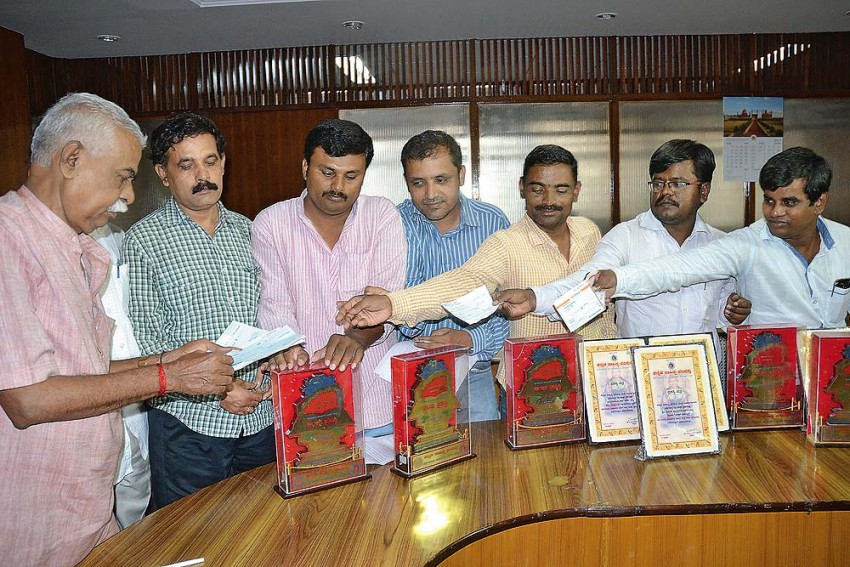 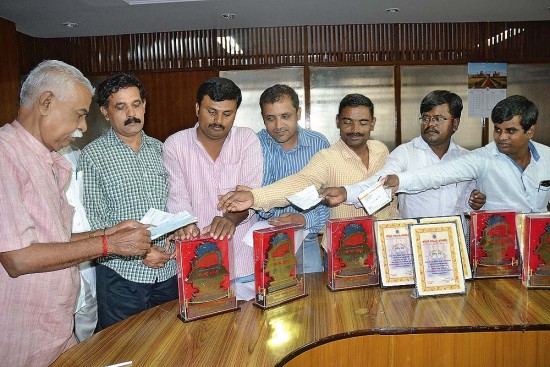 Awarded Padmashri in 2004, Sahitya Akademi award in 1971 for her book Eho Hamara Jivan; first woman to get a PhD from Panjab University; retired as head of the department of Punjabi, is a Life Fellow at Punjabi University, Patiala.

Sahitya Akademi award in 2011 for Khuda Ke Saaye Mein Aankh Micholi (Hide and Seek in the Shadow of God); double MA from Mumbai University; wrote his first novel at age 24 and was forced to resign as lecturer from a college by religious conservatives; was also arrested on the charge of obscenity then.

Honorary director of Jayalakshmi Vilas Palace Museum, Mysore University, quit the Akademi’s general council; English translation of his autobiography is titled Government Brahmana; had created a stir in February this year when he described Bhagvad Gita as partisan and promoting inequality

Sahitya Akademi Young Writers Award in 2004; dropped out in the final year of MBBS when only oral tests remained; has written seven novels and 22 books of poems; poetry marked by outspoken sensuality and lyrical verse; created a stir with her first volume Hriday Abadhyo Meye (Heart is an unruly girl)

Sahitya Akademi award in 2010 for Mohan Das, a collection of short stories; has worked in Hindi newsweekly Dinaman and PTI TV; taught at the Jawaharlal Nehru University and worked in the Madhya Pradesh government’s department of culture; as an administrator, was in charge of the Rabindra Bhavan at Bhopal

A former secretary of the Sahitya Akademi, resigned from the executive board; with a master’s degree in English, taught the language and literature for over three decades; recipient of 34 awards, 29 books of poems in 17 languages; invited to read in Lahore, Bonn, Dubai and Rome; said to be the second poet from Kerala to have been considered for the Nobel Prize

Resigned as member of the general council of the Akademi; recipient of the S.K. Pottekkat award for Mounathinte Nilavili and Fokkano award for Thoni

Sahitya Akademi award  in 2000 for his poetry collection, Ham Jo Dekhte Hain; his poetry has been translated into English, Russian, French, Italian and Dutch; worked as editorial consultant at the National Book Trust

Sahitya Akademi award in 2003 for Aalahayude Penmakkal (Daughters of God, the father); her novel Othappu dealing with a woman’s spirituality and sexuality translated into English in 2003 by Valson Thampu, principal of St Stephen’s College in Delhi; feminist and activist, contested the general election in 2014 as AAP candidate

Sahitya Akademi aAward in 1993 for his English novel After Amnesia; awarded Padmashri in 2014 for his work on nomadic and notified tribes; founder-director, Bhasha Research and Publication Centre at Baroda & Adivasi Academy at Tejgadh; the day after he announced returning the award, was quizzed by Intelligence officials on whether writers had launched a coordinated attack on the central government

Several films based on his novels which are textbooks in universities; returned the Central Sahitya Akademi award; researched his 13th novel around the East India Company for no less than 15 years; translated 300 Telugu short stories

Sahitya Akademi award in 1990 for collection of essays, Statue; recently shifted to Baroda from Mumbai; son of a bureaucrat, he shifted to Bombay and worked for the weekly, Commerce, and Bombay Municipal Corporation; rejected an award earlier from the Gujarat Sahitya Akademi because he felt his poems were not having any impact on the younger generation; is critical of ‘five star’ culture and refuses invitations to recite poetry in five-star hotels followed by ‘cocktail and dinner’

Sahitya Akademi translation award in 2002 for translating revolutionary poet Pash’s collection  Samay O Bhai Samay; has taught at JNU’s Centre for Indian Languages and was head of the centre in 2008; has researched and written extensively on Bhagat Singh and Indian Dalit literature; written over 50 books in Punjabi, Hindi, Urdu, Marathi and English

Sahitya Akademi award in 2002 for his anthology of poems titled Do Panktiyon Ke Beech (Between Two Lines); has taught in schools, worked in banks and edited magazines; recipient of several literary awards; his poems too have been translated into English, Russian and German; edited an anthology of the works   by Hindi poet Nagarjuna

Sahitya Akademi Young Writer’s Award in 2011 for his first book of poems titled Nelada Karuneya Dani; was sent to Goa to work as a mason when he was a child, a fellow coolie persuaded his father to put him back into school; his first anthology of poems  has already won seven literary awards for the primary school teacher in Belgaum; his poetry explores poverty and the poor, exploitation and cruelty, harassment and honour killings.