Where and how the schemes were surveyed

The PEEP Survey took place in May-June 2013 in a total of 20 districts—two of the poorest in each of the 10 states surveyed. In each of these districts in turn, a block was selected where a local organisation was available to facilitate the survey. Again four villages in each block were selected at random from among those which had a population between 500 and 1,500. In the last break-up, 30 households in each of the 80 villages surveyed were selected at random from the official list of NREGA job cards. The survey teams were able to locate and interview 1,926 of these 2,400 households. In addition, 12 pensioners in each village were interviewed. They were selected at random from the official lists of old-age and widow pensions. The entire list of pensioners (3,789 names) was verified case by case. The survey was initiated by researchers at the Indian Institute of Technology, Delhi, with support from the Indian Council of Social Science Research, and conducted by student volunteers from Delhi and elsewhere. 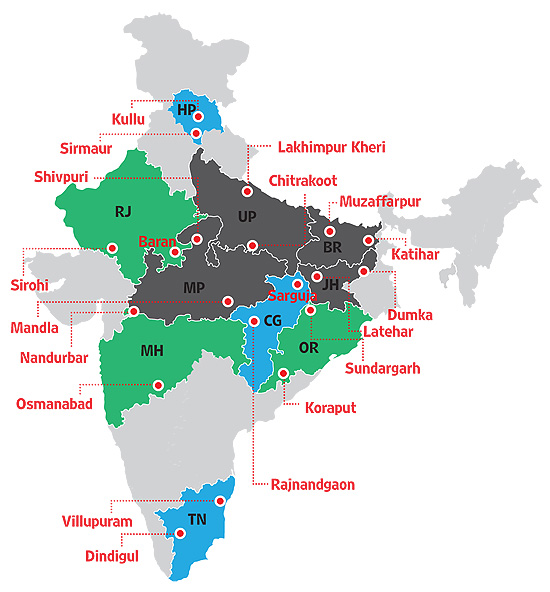