The Path Of Passion And The Pilgrim Of Intent

The human is basically grotesque, shying away from the physical, its basic functions, hiding from his/her nakedness, animal instincts 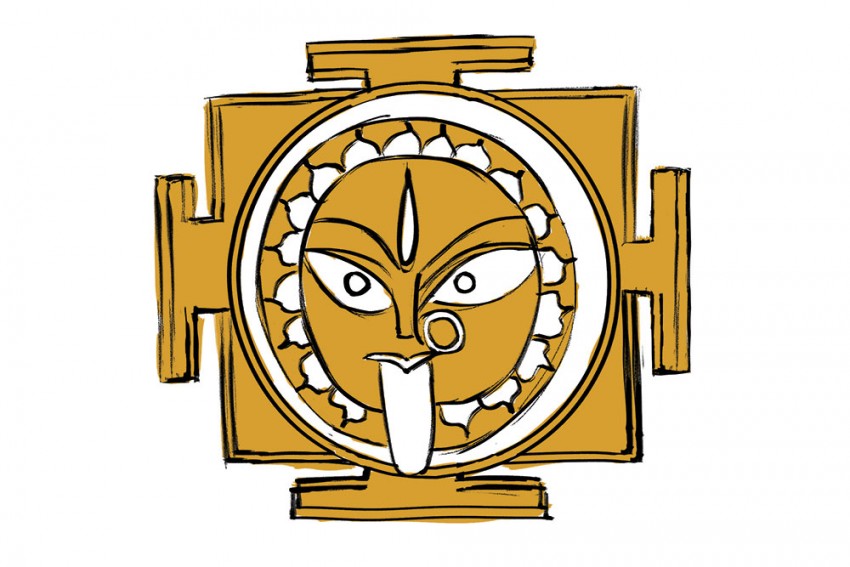 Illustration by Saahil
Meenakshi Negi March 31, 2016 00:00 IST The Path Of Passion And The Pilgrim Of Intent 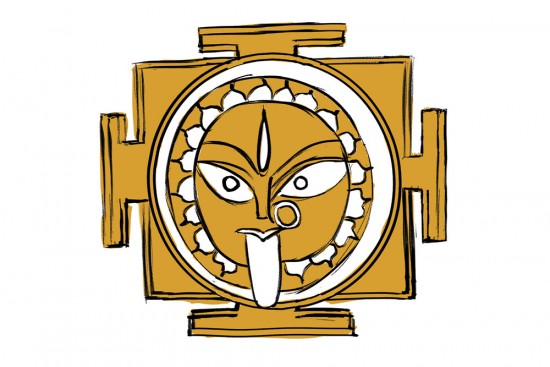 Our most intense emotions are mostly wordless. The unspoken always cuts deepest. In spiritual technology, Tantra in Hinduism or Vajrayana in Tibetan Buddhism can be called ‘cutting edge’. Tantra, accompanied by mantra and yantra, is a tool for speaking the unspeakable. Dancing with its magic, taking its shimmer and recalibrating from the ordinary to the extraordinary. The elements and our inn­ate passion fuel this path of great wisdom. It is for the initiates of the age of the Goddess Kali embodying Shakti—she who skilfully severs the ego-head and drinks its spewing blood, converting it into the nectar of bliss.

The grotesque transforms into beauty and nothing is regarded from the formating of right or wrong. Everything is fodder for the ascent. It is the dexterous connect of stillness in chaos and chaos in stillness, experiencing the synchronicity of the universe/multiverse. Tripping lightly on the lily pads of experience, rummaging wisdom with deft alacrity and swinging forth into the unknown, which turns receptive, no longer oblivious nor unknown!

The human is basically grotesque, shying away from the physical, its basic functions, hiding from his/her nakedness, animal instincts. But we are always aware of this underlying truth and somewhere the spontaneous yearns to live itself out.

Though Tantra is sensual, it must not be mistaken for gross sexuality or inhuman rites-rituals. It is a complete transformation via transmutation.

Those unable to live out their intent and spontaneity are doomed to illness, psychosis and depression. We never see beyond appearance until we galvanise that sacred eye into seeing. Tantra has not blossomed owing to its reputation. Secrecy also restrains its commonality. Thus it becomes the duty of ‘pilgrims with intent’ to offer this aspect of sacred divine into a world confined to conventional paths. Travelling to the subtle and subtlest realms of existence. Working with energies and patterns in life and through death—that is Tantra. Offering it to this world—that is ‘intent’.