The Parables Of Chhota Chetan 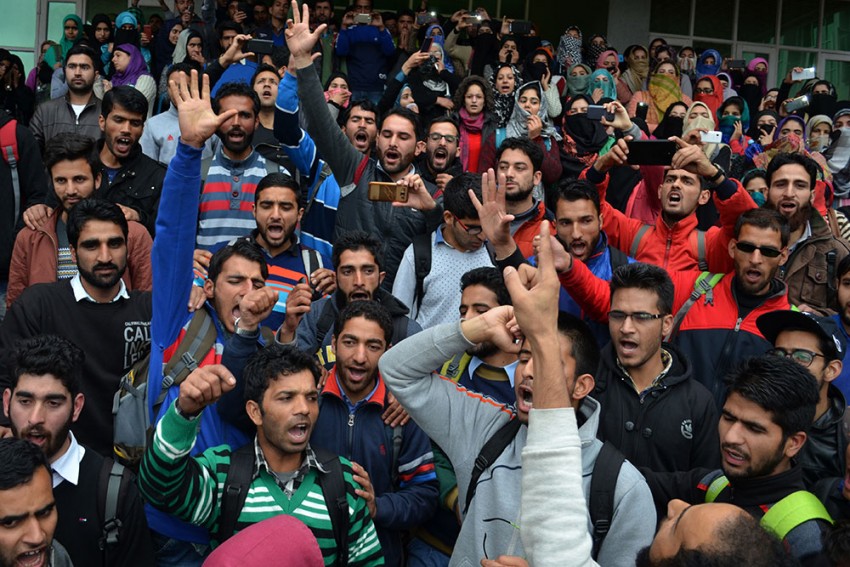 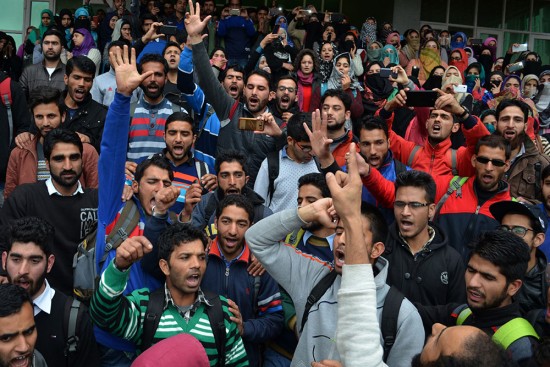 I hope I got the spellings correct. I saw your name being spelled in so many ways in all those posts that your present and previous columns have inspired— strange spellings like Bigot, Bugget (real strange this one, sounds vaguely like a diminutive of a rather too familiar word but no it can’t be that!)—that I was pretty confused. But then I recalled my English teacher saying that a name being a proper noun you can spell it any way.

Thank you for taking time to address the youth of Kashmir. All this when everyone knows how valuable your time is, what with having to write books and then working out strategies to sell them too (and let me tell you even your detractors admit to at least the latter being somewhat creative!). I don’t know about India but I do think I have grown to love you after you wrote in an open forum on suddenly realising that something terrible is happening in Kashmir. Some­thing terrible has indeed been happening in Kashmir for decades and maybe we can stretch that to a couple of centuries even but of what imp­ort is that? Trust you to make an interesting tale out of it based in the NIT. After all, you did base your debut novel in an IIT. You could very well sell this letter as a sequel (it has enough substance for one of your novels) titled Zero Point Someone: What Not To Do At NIT. Or maybe you would like to use a title like, say, In a Nutshell: Nutty Solutions to a Knotty Problem

In fact, it is the way you simplify things that got me, but then you are known for that. I have heard people saying that you have made the English novel accessible and popular among the Indian masses, something like what Sulabh Shauchalayas did to sanitation. You do have this knack of simplifying things. Take these classic lines from your letter: “Some students burst crackers when India lost the T20 semi-final. Many students were beaten for raising the Indian flag. Thereafter, bloody clashes broke out in north Kashmir.” Sheer poetry, sir! How beautifully you have summed it all up. Why, you make it sound like a neat little mathematical sum. ‘Some students burst crackers…’ and ‘many students were beaten…’—add, deduct, multiply or better still divide the two and ‘carrying’ the digits, as our maths teachers would teach us, you reach north Kashmir where bloody clashes break out!  You leave out all the grisly details and yet instead of being appreciated you receive brickbats for your commendably clean narrative. As far as I can remember, you have never claimed horror as your ­favoured genre, so is it fair to expect blood and gore in your commentary? Mundane is not, and never really was, ­synonymous with the macabre.

Sir, I really love it the way you have summed up the genesis and evolution of the Kashmir issue in a wee little nutshell. The pithy summary inspired me to write the history of mankind (you guessed right!) in a nutshell!

Here it goes. ‘Man invented fire. Then he landed on the moon. And mankind started communicating through whatsapp!’ Says it all, doesn’t it, and without wasting reams of paper too. No wonder the experts would like to jump on you. You are not only robbing them of conferences but all their weighty tomes as well!

Talking of experts, once they jump on you they will start nitpicking about your saying that it was Kashmir’s ruler who called India for help and in ­return for that J&K became a part of India. Nosy as they are, they will bring up questions like whether the people were consulted in this matter. Let me whisper a rather forgotten fact in your ear to counter these ­experts. Long back the forefathers of this ruler had purchased the Valley from the British for a handsome sum, purc­hased it along with the cattle and the natives as well. So if this particular ruler decided to become a part of India along with his ‘belongings’, who are we or the experts to crib about it? What right does anyone have to question what one does with his private property? The experts, being a stubborn lot though, are sure to rally back with another inane argument. The natives were promised a plebiscite, they will say. Why, you just have to wrap your middle finger over your index finger and any oath or promise you pronounce is not binding at all! Now you, me and everyone else must have used this little trick countless times during our school days whenever we promised not to steal the lunch while all the time intending to do just that.

So canny of you to alert us about Pakistan using ‘the common factor of Islam’ to start a militant movement. Once this letter of yours gets made into a movie (all it needs is a couple of songs to be added), you will be saving your producer loads of money because growing beards will be the only makeup the villains would require.  You have compared the Valley in size to Manipur. What a revelation—it clears a lot of mysteries. Like for instance why both these places have AFSPA.

Those pictures of women pelting stones are easily understood. It must be the men with scarves or maybe they plait their beard and throw it over the shoulder.

Finally sir, I am so impressed and inspired by your rat­ional arguments in favour of ‘integration’ or ‘assimilation’ (I never knew the two terms are interchangeable) with India because it ‘is seen as a major emerging market economy’ whereas ‘Paki­stan is not even seen as a real economy’. This suggested golden embrace had me really excited but then my excitement soared further at the immense possibilities of golden embraces. What say you? Now this is just a suggestion inspired by your all-too-rational argument—to all of us (I mean including you!) cozying up with China considering its GDP and all that. Just think—we won’t have to make do with Maggi but get real Chinese noodles! Imagine Chinese food for breakfast, lunch and dinner! For that matter, why limit our imagination (or prospects) thus? We can all go the extra mile and attach ourselves to the US of A. Uncle Sam is pretty rich and smart too. Imagine getting paid in dollars. Why, you will become eligible for a Pulitzer. And of course we will no longer require a visa for going to Disneyland. Uncle Sam doesn’t take kindly to fundamentalists either so I guess we will be free of them at last. What’s more, we will have no riots and no khap panchayats to worry about. Anybody can have their ‘two states of marriage’ without fear of losing limb or life or ending up swinging from a banyan tree! Your concerns about women will be addressed too. No woman will be paraded stark naked bec­ause her brother eloped with a girl from a wrong caste!

That reminds me. Your ‘Or do what women want not matter?’ really made me sit up (that is of course after I deciphered this profound pronouncement.) Strange that nobody gave this a thought before. I guess just because sometimes they are seen protesting there on the roads alongside men it has given a wrong impression that the women are asking for the same things! I realise now that these women must actually be protesting against the protesters themselves and to their faces too. Of course, those occasional pictures of women pelting stones are easily understood. It must be the men themselves with scarves covering their beards or maybe they plait their beards and throw them over their shoulders. I am sure your letter will open the eyes of the Kashmiri youth so much so that they will ­remain open in sleep too.

Throughout your letter, it is so obvious that you are a real patronising Indian...I mean, of course a ‘patriotic Indian’...but as you deliver the admonition about not bursting crackers you come through as a knight in shining armour. You remind me of that illustrious hero Don Quixote, sire! The way you have signed off with ‘Jai Hind. Jai Kashmir’ is so evocative and inspiring. But then by the time I read through your letter I was  already so inspired and my vision expanded to such cosmopolitan dimensions that in my expansive mood I sign off thus: God bless America! God Save the Queen! Viva la France! Jai Hind! Kashmir Zindabad! Just like that!

P.S. By the way your letter was just in time, sir! I have managed to stop my cousin who was about to leave for Bhutan for his honeymoon. You see ‘the terrain is rugged and the area is completely landlocked’ and what with it being ‘a tiny stub’ too between two ‘giant neighbours’ who knows what ‘cesspools of terrorism, drugs and smuggling’ exist there.

Ajaz Baba is a Srinagar-based writer

Chetan Bhagat has found himself in the eye of a storm after he published an open letter addressed to Kashmiri youth in a blog titled The Underage Optimist run by the Times of India. The letter is titled  'Even if you don’t like India, Here’s Why Your Best Bet is to Intergrate with India’. He has since been answered with criticism by intellectuals, journalists and Kashmiri citizens. His letter has been widely condemned as ‘hysterical’ among other  things.

Up, Out Of The Way