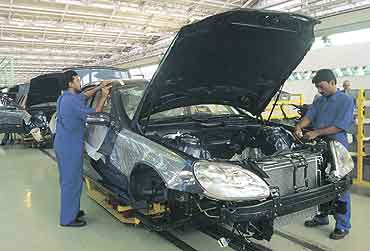 outlookindia.com
-0001-11-30T00:00:00+0553
The pace of Indian corporate acquisitions overseas is accelerating. Sixty major deals were struck in 2004, 49 in 2003—compared to 28 in 2002. The acquisitions are across a broad front of industries—oil and gas, steel, trucks, auto components, telecom, pharma, tea, paints, infotech and others. And the acquisitions are scattered across the world—in the US, the UK, Europe, Korea, Australia, Southeast Asia and Africa.

Prior to the 1990s, hardly any Indian company had established operations abroad. They were either complacent within their domestic market or restricted by the Indian government's rules. There were exceptions, of course. Telco (now Tata Motors) sold and serviced its commercial vehicles in over 50 countries as early as the 1980s but it did not own any assets nor did it employ a significant number of people in any country other than in a joint venture in Malaysia, opened in the 1970s amidst debilitating restrictions by the Indian government. The late Aditya Birla, dismayed by conditions in India, set up several separate companies in Southeast Asia. And Laxmi Mittal, totally frustrated it seems, broke away from India altogether. Times have changed now. Today, accumulating cash-piles, easing of government restrictions, success in their emerging abilities and an ambition to go global, are driving Indian companies abroad.

"Now that we can do it, let's do it!" is a motivation that fuels many trends, such as the surge of tourists to other countries that show the easing of foreign travel restrictions, and the purchases of Blackberry handhelds that enable e-mailing on the fly. However, it is always worthwhile to pause before one rushes in (or out, as the case may be), and consider the benefits and complications of doing what can now be done. The benefits of acquiring assets and people in other countries can be broadly described under four headings: easier access to more customers; more control over the supply chain at either end—production or distribution; access to intangibles—talent, knowledge, brands and technology; and risk management by diversifying locations.

Whatever the business logic for globalisation, an inevitable complication that corporate leaders must manage is the expansion of the organisation across international boundaries. Internal boundaries and silos seem to emerge unavoidably, even within single country organisations, hampering the collaboration, and sharing of knowledge and assets necessary to improve corporate top- and bottomlines. The problem gets worse with international boundaries and cultural and regulatory differences. Lack of skills and sophistication in managing these differences can destroy value even when the business logic for the acquisition is very clear as it was, for example, in the DaimlerChrysler integration. 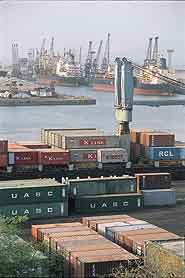 I have two reasons to believe that Indian companies growing internationally will face a major organisational challenge. Firstly, it is difficult for anyone to manage a multinational organisation. As companies grow internationally and their operations spread far and wide, coordination is required globally along many dimensions: in products and brands to achieve benefits of scale; in processes for the benefits of consistency; and between functions and businesses within countries for synergy. Hence complex matrix organisations emerge that result in internal bureaucracies and tangled decision-making. A survey of 2,700 executives in 28 global companies with headquarters in North America, Europe, Asia and Australia revealed that the biggest strategic challenge they face is to combine seemingly opposite organisational objectives. These are: accountability for local results versus collaboration to improve overall performance; local adaptation to increase top line growth versus global standardisation to minimise variety and costs; emphasis on innovation versus efficiency; centralisation versus decentralisation. In these executives' minds, it is not a question of choosing one or the other. They need more of the qualities on both sides of the trade-offs! Their challenge is how to resolve the organisational issues that cause these tensions.

Secondly, generally speaking, Indian managers are not yet as adept as their counterparts in some other countries at managing multi-dimensional organisations. Whereas, to compete with larger multinational competitors, Indian companies will have to be even smarter in the way they organise and use resources, Indians abroad have proven themselves to be as intelligent and hardworking as people from any other country. I remember the ceo of Hyundai Construction telling me some years ago that he hired Indians because they were the best managers and workers in the world. But he also said that, in his experience, a bunch of good Indians is not as effective as a team of (possibly less talented) people from other countries. Obviously, it is not merely the quality of the individuals that matters, but also the quality of the organisation structure and systems that makes the difference, especially when people from diverse backgrounds have to work as a team.

Weak organisations could well be the Achilles' heel for Indian companies aspiring to be multinationals. Undoubtedly, they will need good strategies to leverage whatever initial advantages they may have, such as low-cost professional and skilled manpower, while targeting global opportunities. But they will have to be even smarter, in some way, than better-endowed MNCs if they wish to compete with and overtake them. It's heartening to see that several Indian companies that have international operations are looking into ways to 'tune up' their organisations. Those that are imitating the best practices of much larger foreign MNCs may soon have to make corrections since those practices fit much larger organisations, whereas Indian companies have to be more nimble and flexible. Besides, imitation of the leader is a sure way to remain a follower forever. Therefore, Indian companies should develop innovative yet efficient organisations that provide them a competitive advantage and fit their own needs.

If asked to predict which Indian companies (or Chinese for that matter) are most likely to sustain profits from their globalisation thrusts, I will look carefully to ascertain what is the sustainable competitive advantage they are building into their global strategy and how they are doing it. And I will examine the sophistication and strength of their people organisational skills.

Remaking 'Made In India'