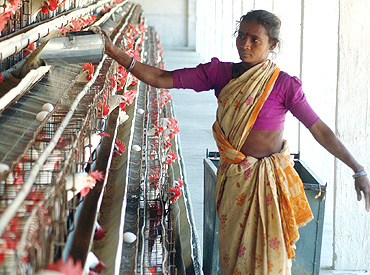 This is a tale of two districts, Karimnagar and Medak. Both have been witness to suicide deaths of farmers for years. But over time, one has changed for the better, while the other still grieves.

K. Kumaraswamy of Ramchanderpur in Karimnagar has seen some newfound prosperity. The 65-year-old farmer is booking a Nano next month, and considers himself a "self-reliant farmer" with three acres of land (up from barely one-fourth of an acre three years ago). "I have seen bad days, but slogged hard and used every opportunity that came my way," he says, pointing to the NREGS, Indiramma Housing Scheme and a loan waiver as crucial factors. The village has many such success stories. "I gave up tending pigs and now own two acres of land," says B. Srinivas, who belongs to an ST community. Srinivas is also now "debt-free" and sends his daughter to an English-medium school.

Eighty km away, in Sikindlapur (Medak district), it’s a completely different story. None of the farmers here have land holdings bigger than four acres. Villagers feel they are...