The Other Kashmir Family Album

When the slumber of a society’s conscience is deep and layered, art hopes to jolt the benumbed giant...here’s a rude awakening, administered virtually

As India debated the pros and cons of using pellet guns on protesters in Kashmir, and whether they were being used as a last resort or the first, a Pakistani civil society group, ‘Never Forget Pakistan’, used art to convey the sheer brutality—and the utter meaninglessness—of the “least lethal” device that the Central Reserve Police Force deployed in the aftermath of the killing of Burhan Wani.

Its campaign, with the hashtag #IndiaCan’tSee, went viral on social media and used photoshopped pictures of Indian celebrities such as Prime Minister Narendra Modi, cricket captain Virat Kohli and Bollywood icon Shahrukh Khan, with one or both their eyes bandaged and their faces pockmarked with the injuries caused by the pellets. It asked the viewer: just imagine.

The cruelty didn’t stop there. Short and mock-sympathetic letters from the kin of real victims­—the teenager who had stepped out for milk, the boy who was going for tuition, the one who was returning from cricket practice—ran alongside. A searing missive addressed to Amitabh Bachchan summed it all up: “Stay silent, stay safe. You still have the opportunity to enjoy your old age with your children”.

Recently, the CRPF chief said he felt sorry for the injuries caused by the 2,102 pellet cartridges fired in the Valley. The climbdown was a slim acknowledgement that something very wrong was happening. However, the use of the “least lethal” weapon will continue in Kashmir. In some other world, these words would hurt more. 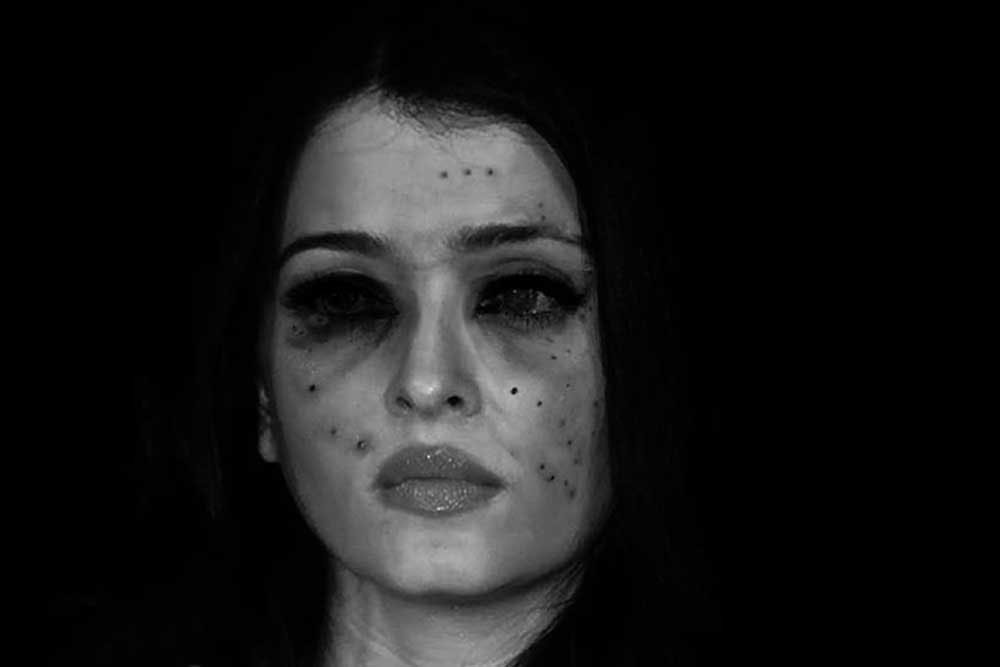 I got to know you got shot by CRPF when trying to save your 4 year old daughter Aaradhya. I have seen a lot in my life living in Kashmir but I would have still struggled to bel­ieve that they were trying to shoot a 4 year old. But they shot mine.

Zuhra, still thinks it was fire crackers used by the Police which injured her. She is too young to understand what are guns and bombs and why would they be used against unarmed people. Perhaps if mothers in India could raise their voice for each other’s children, their own would remain safe as well.” 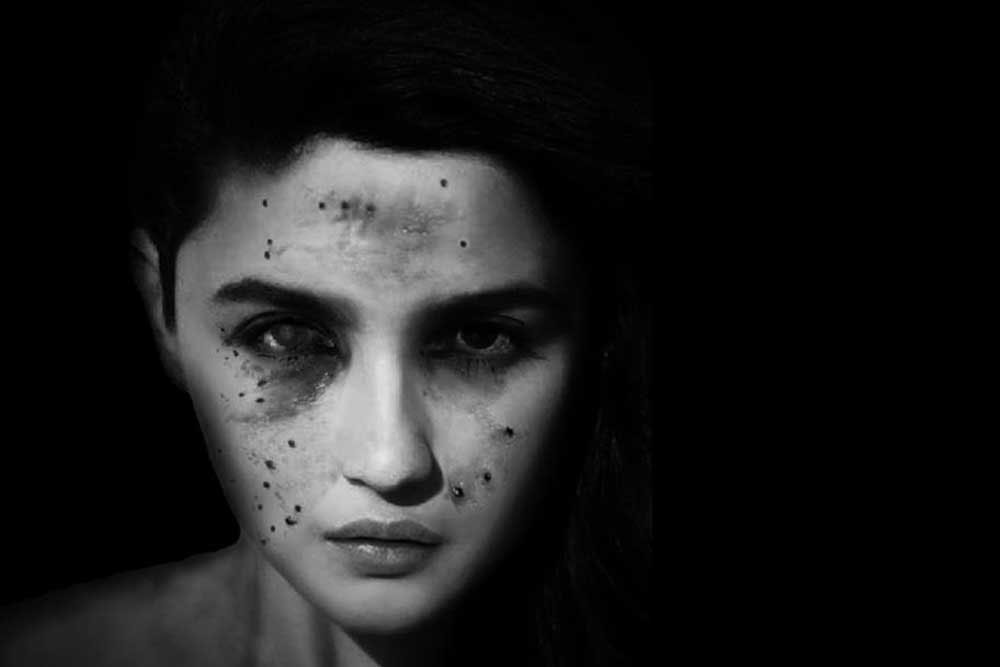 I heard you are in the ward next to me. I am such a big fan I don’t want to bother you right now. Take rest and try not to stress. I know you must be scared and thinking why you were targeted when you did nothing.

I was also shot when I was playing in my veranda. My Abba was also confused. He asked why I was targeted when I am not even a separatist and I am only 11. He got no response. I guess when the world is silent, cruelty knows no boundaries. So we have to be strong for each other. If you need someone to talk to, I am here.” 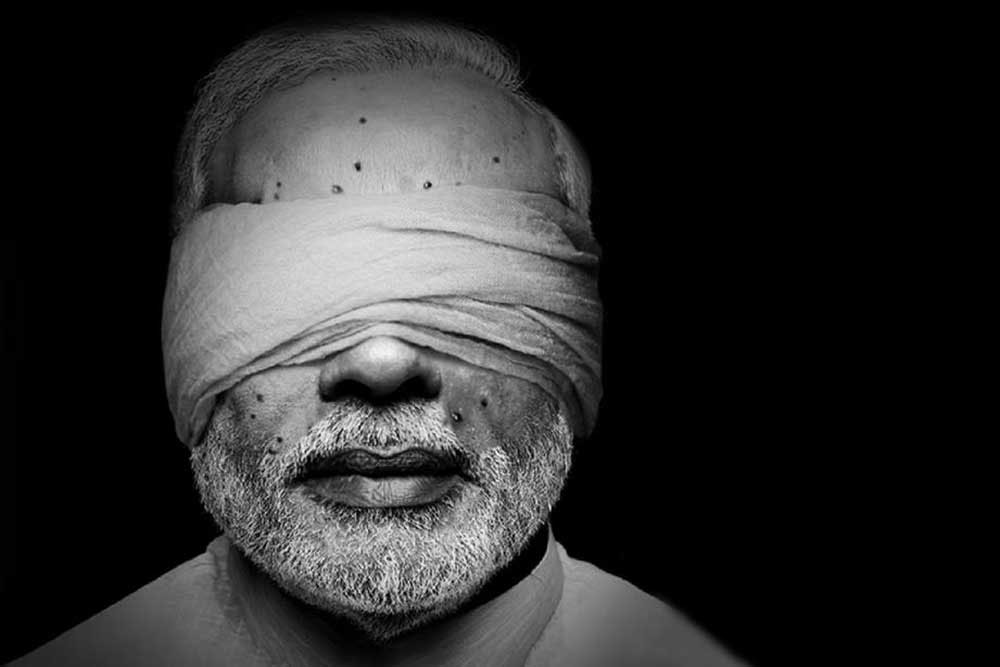 We have performed the initial surgery but unfortunately the pellets are still lodged in the posterior segment of your eyes. The injury may have been worsened as we were stopped by the Police at the hospital to operate immediately. They often arrest protestors from hospitals denying them medical assistance.

An entire generation is being quietly blinded and maimed. We have seen hundreds of these cases in the last five years and it is continuing without any hitch. I hope you get well soon and are able to stop these atrocities.” 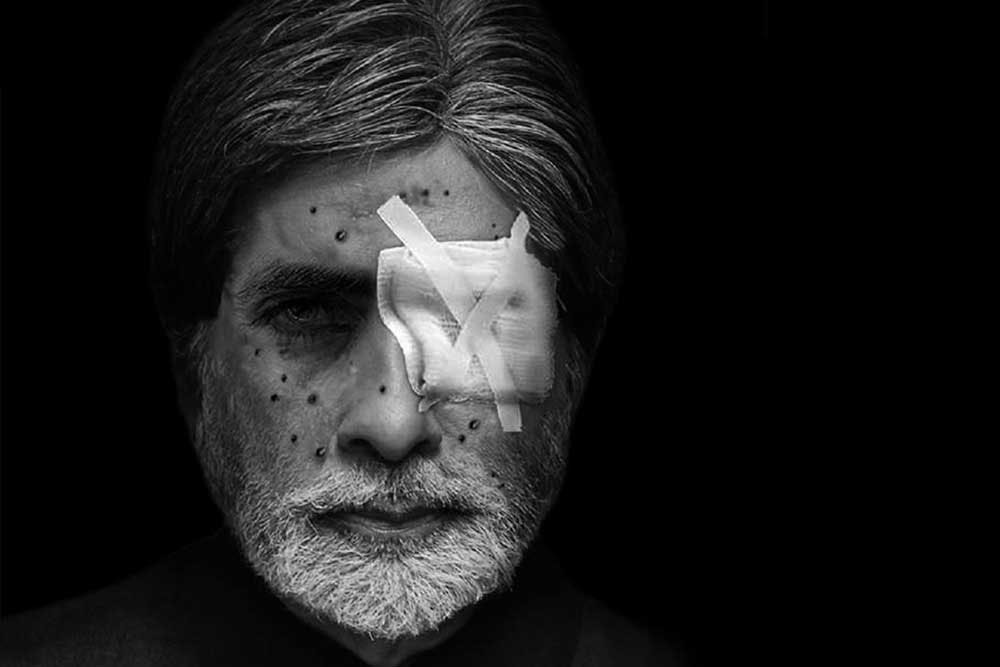 I am sorry to hear about your injuries. You should’t have interfered in the business of the CRPF.

My son Gowhar Nazir also did the same mistake. He had stepped out of the house to get milk when he saw a disabled boy being harassed by the CRPF and tried to save him. Gowhar was unarmed but they shot him with that “non-lethal” gun. It still took his life. My mother died of shock when heard about Gowhar’s death.

Stay silent and stay safe. You still have the opportunity to enjoy your old age with your children and grandchildren.” 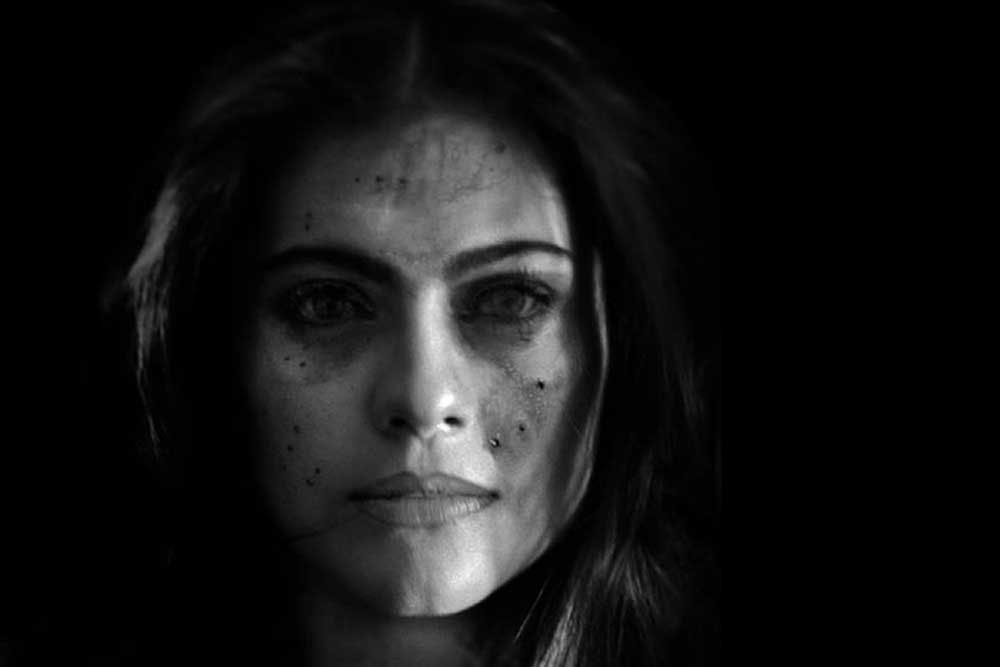 I am sorry I haven’t been able to come check on you. My daughter Tamanna who is 9 gets tense if I leave her side. She feels unsafe even in the hospital bed.

How can I blame her. She was standing in the kitchen, within the safety of her home when a pellet hit her eye. In Kashmir the Police doesn’t need a reason to shoot they only need a target. That they found a 9 year old and it was enough for them. I hope you recover soon and tell the world what the Police is doing in Kashmir. As a mother I am sure you will understand my pain.” 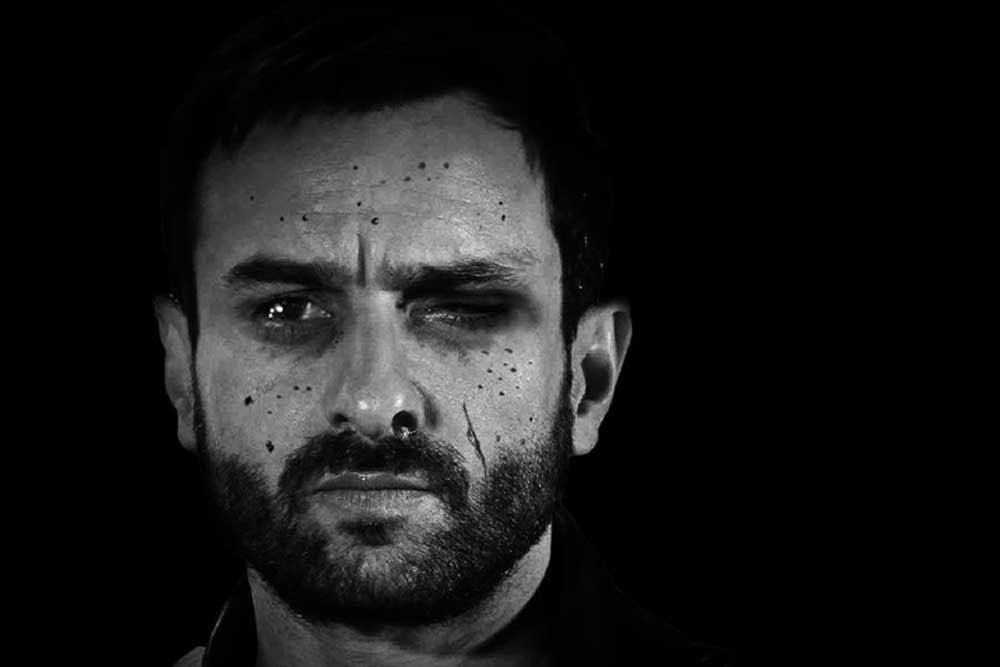 Heard you are also admitted in the same hospital. I can’t come to meet you as they just operated on my abdomen and my right eye is yet to be operated on. I saw your film Phantom. It showed Indian Army is against terrorism. Then why did they shoot me? I am not that tall or scary. I am only 11 and I was just standing outside my house. They walked up to me, stood close and shot me thrice in my right eye. If the Indian Army aren’t terrorists then why do I feel so scared of them.” 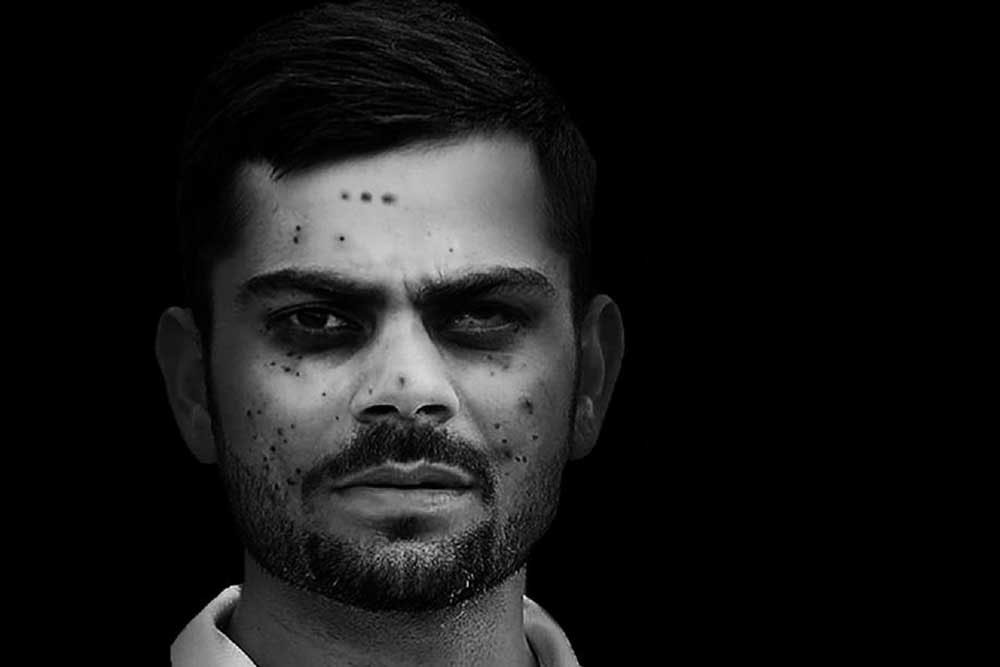 I was also shot in my left eye by the Army while coming back from cricket practice. But I was told by India not to worry. The Army says these pellets are non-lethal.

I had no one to speak for me and as a Kashmiri I have nothing but my patience to keep me strong. I hope you stay strong too and get well soon. You and I may not be able to spot the ball again but like the Army says at least we get to live.” 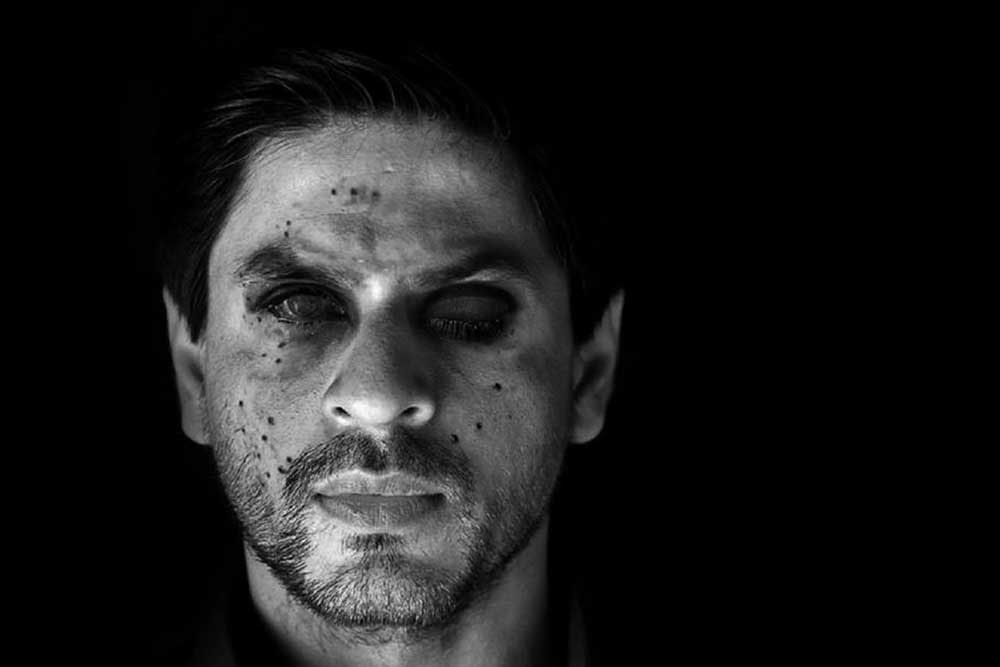 It is a tregedy what the Indian Army did to you. You were not even amongst those protesting. But that is what the Armed Forces Special Powers Act does., it gives them powers to shoot anyone they suspect with complete immunity.

I can empathise with your family. My brother Hamid was subjected to the same brutality. He was in school all day and then left for tui­tions. We heard that he had been injured by pellets. He is struggling with trauma and we are struggling with to explain to him why anyone would deserve this. Hope you can muster the courage to speak for Kashmiris when you are asked to play a role of an army officer next time.” 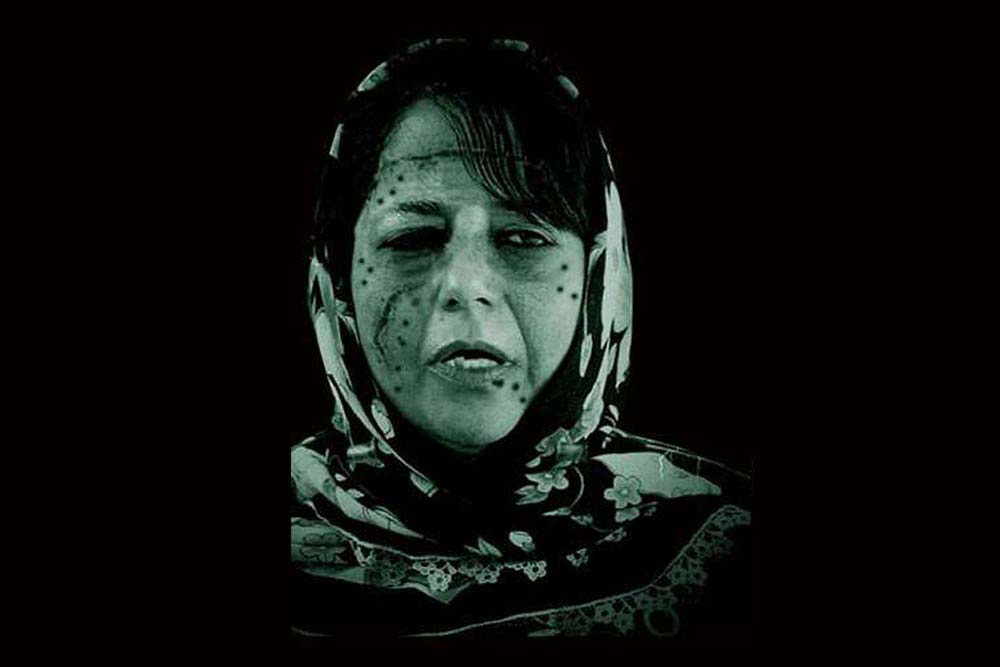 We are sorry for the loss of vision in your right eye. I was also shot in my right eye by the forces, while comming back from the medical store. The local doctors say I have lost my vision and I can’t see anything. Even I can’t see your pictures with my family members who were forced to meet you in a dak bunglow.

I can understand, at this stage you would not be able to visit our house. Because of your injury & blindness. Many more are critical, they are fighting for their lives.... We all are Kashmiris. We have no one to speak for us. As a Kashmiri I have nothing but patience to keep me strong. I hope you will ask your friends to stop killing us.” 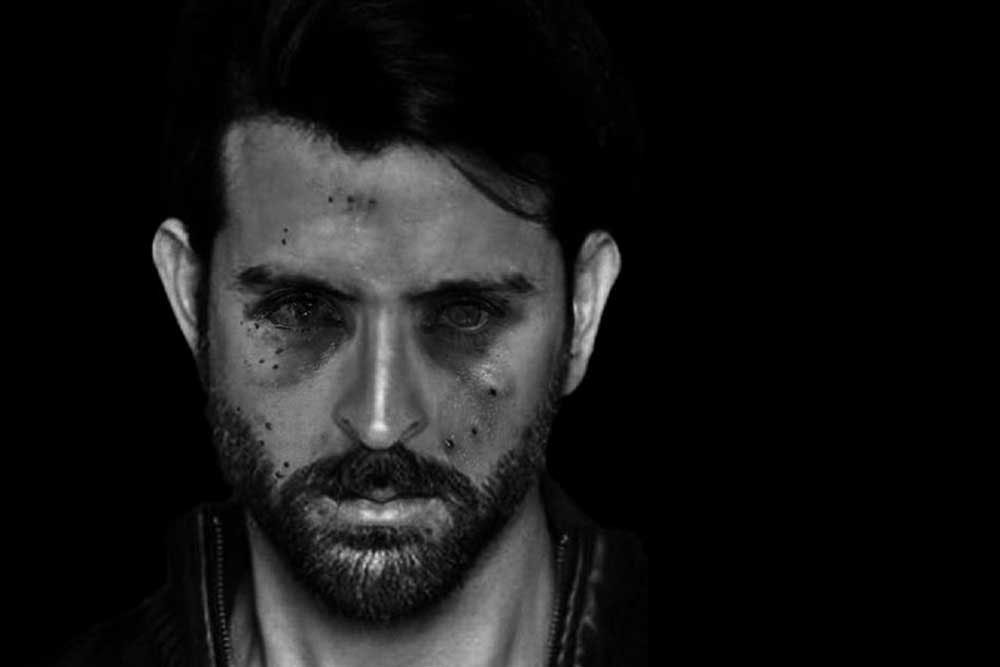 Hope you are recovering well. I saw your Mission Kashmir and thought perhaps at least you in Bollywood are somewhat aware of the atrocities we Kashmiris suffer.

Unlike you I don’t have funds for treatment and our father left this world a few years ago. Around 40 pellets still remain in body which were lodged by what they describe as a “non-lethal” gun in May this year. I am 13 and wanted to grow up to help my brother run the house. Now they remain worried about my treatment. Perhaps if you had spoken about the brutalities we face we all may still be living a normal life.”