How reckless development and lack of preparedness added to the disaster 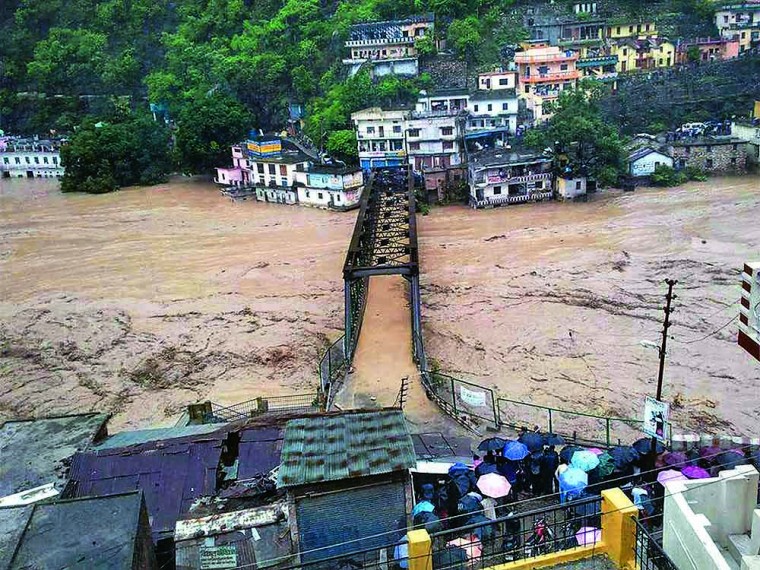 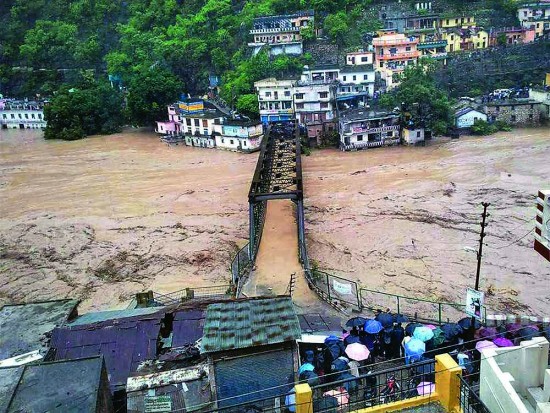 Natural calamities may be acts of God. But how we react to them, reduce the scope of disaster depends very much upon us. The death and destruction wreaked upon Uttarakhand by heavy rain, cloudbursts, flash floods and landslides is an indictment of our weak governance, sluggish systems and our inability to develop a coherent balance between environment protection and development. Could the damage have been minimised? Some hard questions must be asked of the central and state governments.

One area of concern for me is the predictive role of the meteorological department and how state governments respond to it. The met department forecasts weather for a week in advance. According to the newspapers, the department had forecast very heavy rain and bad weather. If such a forecast had been made, what was the response of the state government? Why weren’t pilgrims warned, and why wasn’t traffic halted at locations such as Rishikesh, Haridwar and Srinagar? Checking that inflow for a few days after the bad weather forecast would have saved many lives. Despite the prediction, why was there no emergency evacuation of pilgrims from Badrinath, Kedarnath and Hemkund Sahib? The systems and procedures designed to reduce the impact of a calamity have failed us. What makes this doubly damning is that it’s not as if this was a one-off event that took everyone by surprise: it is well-known that the Himalayan region, and Uttarakhand in particular, is susceptible to such monsoon woes.

There are two points I wish to make about the central government’s planning and future response. One, we need to know why such large volumes of water came tumbling down into the Badri and Kedar valleys. This is essential if we are to understand and possibly predict such phenomena. We also need to determine if there had been scope for anticipatory information and preventive action. Two, we need to find out where and how the system failed and improve it so that it responds proactively. Such an audit must not become a witch-hunt; nor must it turn into a PR exercise. What I advocate are concrete steps to ensure that the Centre and the state, regardless of politics, are able to respond in a well-thought-out manner to emergencies of such magnitude. 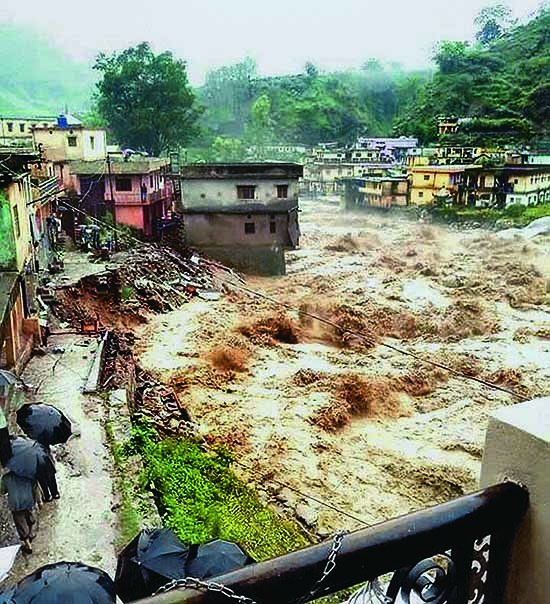 I also wish to point out the condemnable apathy to the maintenance of our roads and the impact it has had on this tragedy. Roads leading to three dhams are national highways and the Border Roads Organisation (BRO)—in my opinion, a wonderful semi-governmental organisation—is tasked with maintaining them. The region borders Nepal and China. In Barahoti, we have a territorial dispute with China. So the role of the BRO is even more critical.

Instead of megadams, the region should go for hydel projects of 25 MW or less.

In February 2009, when I was chief minister, we created the post of an additional chief engineer for the Uttarakhand state. Subsequently, another such position was created for the Kumaon region. However, in later years, the BRO in this region has suffered from radically decreased central support, with whispers that private contractors (who have no competence in this area) are trying to get a foot in the door. The BRO has faced a paucity of funds for maintenance and repair of these roads. In 2010-11, against a requirement of over Rs 700 crore, less than Rs 50 crore was allotted to Project Sivalik (responsible for looking after the national highways in the Garhwal region). In 2011-12, against a demand of Rs 400 crore, the amount sanctioned was less than Rs 100 crore. During 2012-13, the allocation has been cut down to an unbelievable Rs 25 crore—sanctioned against a demand of Rs 200 crore! Somebody at the Centre must answer why the maintenance funds for those essential roads were never given to the BRO. I find this callous indifference to issues of strategic importance and road development in the region simply unbelievable.

Natural disasters can destroy the best-laid plans of men, and the best-laid roads built by men. But that is no reason to sit back and let your best roads wither away. Had the road building and maintenance work been done in an efficient and timely manner, so much of the road infrastructure may still have been in place. And so many lives and much property saved.

What makes this worse is that there is further talk from the Centre of privatising the work of BRO by bringing in private contactors. I am completely opposed to this idea. The BRO is an organised and disciplined organisation, with army officers in many key positions. The BRO must be resurrected and supported with increased funding. This will be in the interest of both national security and road development.

Questions are naturally raised about dams—especially the one at Tehri— every time a calamity of this nature strikes us. At the beginning of my political caree in 1991, it was my position that this dam is neither safe nor viable. It is also a hazard during war, if the enemy decides to target it. I think what we urgently need are smaller projects of up to 25 MW. Such small dams can provide not only electricity but also employment to many people. They also minimise some of the worst risks of megadams.   My government had laid down a policy on building small dams in 2008. It still exists and must be implemented.

I see a systemic indifference towards the entire Himalayan region, and not just Uttarakhand. There has been no thinking or long-term planning about how to balance ‘environment’ against ‘development’ in these states. There is a duality and a contradiction here that needs to be addressed; but the central government has remained indifferent. This has largely been responsible for a lot of apathy. The thinking has been geared towards ‘favouring’ environmental agencies, not development. On the other hand, the local people support environment, but do now feel the need for development. These are people from villages that haven’t used electricity or seen a bus. They are naturally desperate for development. This complete indifference to their needs has resulted in the locals, instead of being more in tune with the environment, have come to resent its protection and are becoming more and more indifferent to it in practice. This could cripple any long-term effort to protect the environment. We have been unable to appreciate this and find a convergence of the people’s needs with that of the environment. One should not exist at the cost of another.

I think the need of the hour is that the Centre set up a fully functional, expert-led ‘Himalayan Development Agency’, under the prime minister’s direct control. Its policies and operational parameters should be set by the Centre and its mandate should be to effectively bring about development while not compromising the environment unduly. There should be strict and practical norms laid for environmental protection. Having it under the Centre will prevent state governments from taking populist short-term and vote-generating measures that ruin the enviroment.

(The writer, a retired major-general, has served twice as Uttaranchal CM.)