The Old Sport Of Goodwill Hunting

The darkest shadow has passed. Nepal’s PM is in Delhi to take Modi’s hand and dispel the Chinese bogey. 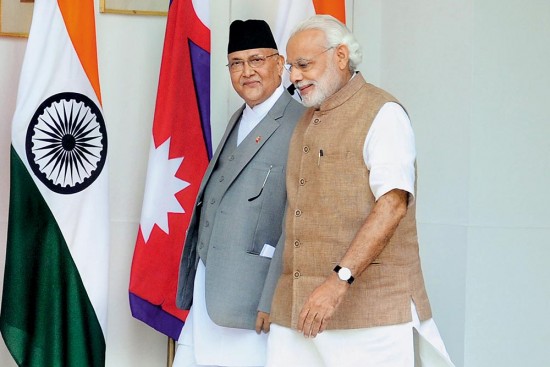 Careful negotiations that brought about the post-Doklam detente between India and ­China hinges to a large extent on mutual sensitivity to each other’s concerns while pursuing their interests in the subcontinent. The movement of a small but crucial piece can change the complexion of the diplomatic chessboard, though. The extent to which this understanding works, therefore, may face its first test during the three-day official visit of Nepalese Prime Minister K.P. Sha­rma Oli to New Delhi from April 6.

“The current status of India-China ties has always been a big parameter in judging the political mood in Nepal,” ack­nowledges India’s former ambassador in Kathmandu, Ranjit Rae.

The monarchy onwards, all Nepali political leaders have tried to play the ‘China card’ in driving hard bargains with India. How the visiting Nepalese PM strikes a balance between the two Asian giants in a changed diplomatic scenario has gained great importance.

Significantly, until recently, K.P. Oli was perceived by the Indian...