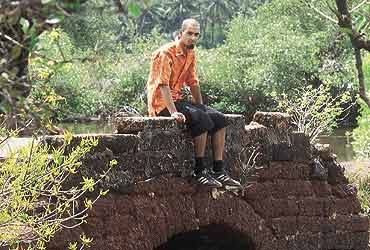 If Tom Fernandes' accent seems German as do his light eyes, his surname sounds decidedly Goan. Fernandes, 24, a software engineer, is in fact one of the tens of thousands of Goans scattered in distant lands in one of history's most under-studied diaspora. But today, Goa, Europe's first colony and the longest-held in Asia, is seeing people like Fernandes return like homing pigeons in search of their roots. "It has great nostalgia value," he says.

Centuries ago, Goa became one of South Asia's first areas to see a heavy migration of its residents. Goans, particularly Catholics, migrated mainly to East Africa (then ruled by the British), Portugal, Mozambique and Angola (Portuguese colonies in Africa), Myanmar, the current Pakistan (particularly Karachi), the UK, US and Australia.

Today, Goa could be the best place in Asia to belong to if you're curious about your roots. Besides fairly well-kept colonial records, the still-existing village 'gaunkari' system and the rural networks of 'vangods' (extended clans based somewhat on caste, present among Christians too) make the search easier. A lot of records are now on the internet. The fact that Goa is possibly home to Asia's oldest roots archive means that hundreds of Goan expats are now returning here to trace their history.

Ben J. Pires of Victoria, Canada, is one of them. He has been "intrigued" about discovering his roots since the mid-'70s. His retired father had begun working on the family tree but with limited results as it was in the era before tree-maker software programmes became big on the internet. "I wanted to find out when the 'Pires' name began. I presume there was a Hindu name before a Hindu family was converted to Catholicism by the Portuguese in Goa," he says. So Pires badgered relatives back home to find someone interested in doing genealogy research. "I was willing to have it done for a fee, but there were no takers," he rues.

Visiting Goa with his parents sometime ago, he spent three days on the Goa archives. They also visited their Nagoa village in north Goa. It was a revelation. Pires recalls, "I was truly amazed about the amount of progress I made in such a brief time. Archives staff allowed me to handle documents as far back as the late 18th century, pages which were practically crumbling in my hands. I did need the help of a relative who could read Portuguese to help me translate documents—baptism certificates—that were useful to me."

Some quick discoveries did come his way. Like Antonio Pires, his great, great, great, great-grandfather, born in 1770. But from there on, it got tough. Says Pires: "I reached a blank after Antonio Pires, because he must have moved from somewhere else, and the archives did not have any birth records from the Panaji area before that." Pires has not given up though and is mining for more clues to move on ahead.

There are some you wouldn't remotely connect with people linked to the great Goan 'hegira'—the flight or exodus to more desirable places. Like John Hancock, 57, a Mumbai-born expat who is now the director of audit and evaluation at the Federal Attorney-General's department in Canberra, Australia. He's searching for his roots from his mother's side. He says: "I too am a de Mello(w) on my mother's side. I have traced our ancestors to an Edouard de Mellow who married in 1873. I believe his father was an exiled Portuguese going under the name of Francis Thomas de Mello who fathered three children by a Goan woman before vanishing in about 1843-4 to leave two boys with the Christian Brothers (a religious organisation into education)."

Another interesting tale comes from UK-based Cliff Pereira, 41, who hails from the sleepy village of Tivim in north Goa. His late grandmother told the family about her grandfather, who was a shippie (employee on a ship) in the first world war.The family thought he was dead but he actually turned up for a 'mock' funeral. "I was about nine and the memory stayed with me. As the years went by, we had to leave Africa for Europe. I found myself not British in the sense of a shared history. Neither was I African despite being a third-generation Kenyan and speaking Swahili. Not Indian either, as I didn't speak any Asian language and wasn't Hindu, Sikh, Muslim, Buddhist or Jain," says Pereira. This lack of identity fuelled his "search for roots".

Relatives helped Pereira's effort. "By the time I was in university, I knew my great-grandfather's name and approximate date and place of birth (Tivim). I then found an old photo of him with his medals. I enlarged it and took it to a medal-antique seller. He confirmed three of them as British ww-i Navy medals. I then contacted the (British) ministry of defence, who had some details," says Pereira. Back in Goa, he scoured graveyard tombstones and niches, to stumble upon a side of his mother's family. It was an old birth-certificate in Portuguese which "tied very well with the grave inscriptions". That wasn't all. "Apart from the Goan merchant navy seamen in British ports in the 1881 census, I also found a list of Goans in the British Royal Navy for the same year, but on ships around the world."

Anthony Morris, 44 and a general insurance agent in Malaysia, is in Goa "to trace records of my wife's forebears (who were Goan)". He himself has his roots in Kerala. "I've found a few photos but no names," says Morris. He's still searching.

And it's more than a personal nostalgia trip that makes men like these travel this far. "Much of our Goan history," says Pereira, "especially of the diaspora, is undocumented. Caught between two empires, Goans have been dubbed Asian, Eurasian, mixed or Portuguese and have been conveniently omitted in British and Portuguese history, as of newly-independent countries like Uganda and Pakistan. This has to be corrected."

Now, he feels "quite proud" to be a Briton of Goan origin "with a shared history in Goa, British India and colonial Africa". Morris' intentions in tracing his ancestry are twofold. One, he wants to see how far back he can trace the lineage of both his wife and himself. He also wants to convert existing church records into digital format, so that anyone wanting to trace their lineage can do so easily.

For the moment, artist Sylvia do Rosario da Silveira Braganza is having a tough time tracing her husband's childhood in Goa. Aquino Braganza played an important role in the shaping of Mozambique's anti-colonial struggle and died in a plane-crash in the '80s along with ex-President Samora Machel. Sylvia, his widow and also a Goan who spent much of her life in Mozambique, is scouring Goan records but with little luck. As Panaji-based Indo-Portuguese historian Dr Fatima Gracias says: "I don't think there are any short-cuts if you're looking beyond four generations. The work is time-consuming." But the Goan diaspora is sparing it.