The Old ­Captain In Berlin

These ­excerpts from 'A Life In Shadow: The Secret Story of ACN Nambiar' by Vappla Balachandran, it is revealed how much Bose depended on Nambiar aka Nanu when he was in Europe in the charged atmosphere just before World War II 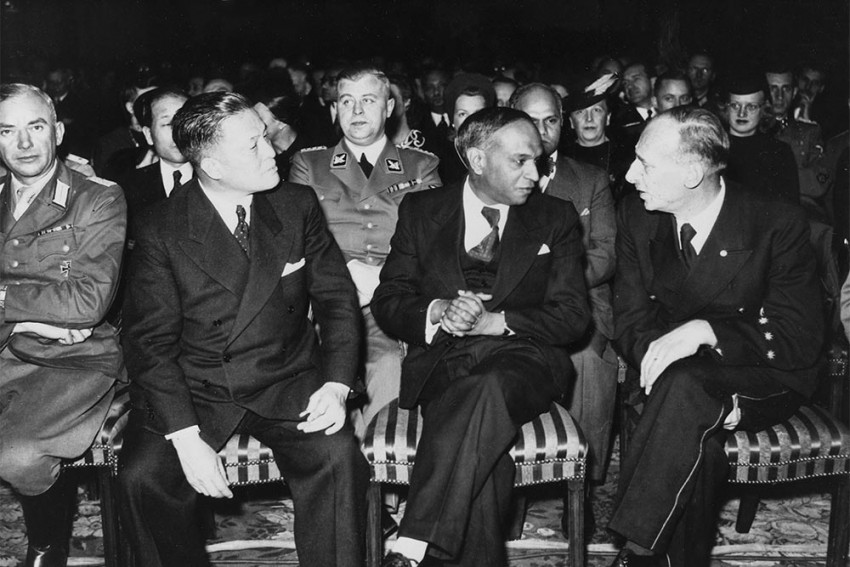 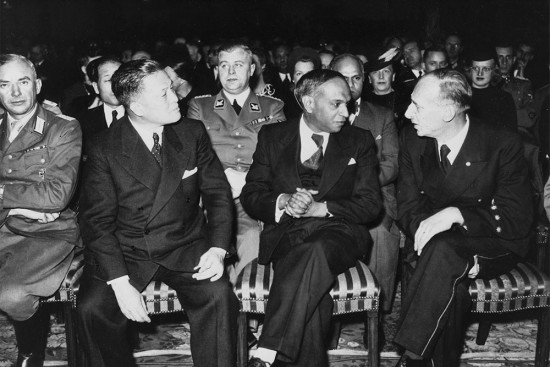 Arathil Candoth Narayanan Nambiar, Nanu to friends, is one of the most enigmatic characters of India’s freedom struggle. He was Subhas ­Chandra Bose’ deputy, and a close friend of Jawaharlal Nehru and Indira Gandhi. The British accused him of being a Soviet spy. His ­biography has been written for the first time, A Life In Shadow: The ­Secret Story of ACN Nambiar by Vappala Balachandran, a former senior RAW official. In these ­excerpts, it is revealed how much Bose depended on Nanu when he was in Europe in the charged atmosphere just before World War II.

Bose faced many difficulties, protocol and content wise. Soon after his arrival, von Trott (Adam von Trott, the diplomat who led a dual life, resisted Nazism) took Bose to his first meeting with Keppler where he was treated ‘with a long and wholly uninformed oration on the subject of India, the British Empire, Congress and kindred matters, never stopping to allow a reply and never thinking of inviting the other’s views, until he declared the interview at an end.’

Bose felt that Nambiar would be more than capable of being in charge of the Free India Centre in Berlin when he left Europe.

Ribbentrop (Foreign Minister of the Reich, Joachim von Ribbentrop) delayed meeting Bose and the latter ‘became so enraged at this insulting procrastination that he declared that he would not again ask to see Ribbentrop and furthermore would ignore an invitation if one arrived.’ Sykes’ (Christopher Sykes, von Trott’s biographer) research led him to believe that Ribbentrop’s hesitation was partly because ‘India was treated as a Russian sphere of interest, and the last thing Ribbentrop wanted was any action likely to excite Russian suspicion…’ Finally Ribbentrop met Bose sometime in May 1941, agreed to help in propaganda work but said that ‘any public declaration on the part of the Axis on the subject of the future settlement of India would be premature.’

Sykes’ story on the relationship between von Trott and Bose provides an answer to the question as to why Bose was looking for Nambiar ‘from Turkey to Morocco’ despite knowing that he was very close to Nehru. It was only on 11 February 1939 that Bose had written to Emilie Schenkl (Bose’ companion) complaining that Mahatma Gandhi and his lieutenants had opposed his re-election and Pandit Nehru was indifferent. Bose is also reported to have directly accused Nehru through his letter on February 4, 1939 as having done ‘more to lower me in the estimation of the public than all the twelve ex-members of the Working Committee put together.’

Bose was known to not dwell on setbacks for too long but instead choose an immediate course of action. Bose knew that only Nambiar could do the job, what with his experience and knowledge. Besides, Bose had already relied on him and trusted Nambiar despite the latter’s closeness to Nehru. So that became Bose’s task: to track down Nambiar and arm-twist him into moving to Berlin. Bose had forgotten his bitter experience with the Congress Party or had risen above all factional feuds in his single-minded pursuit of freedom and chose to place his trust on Nambiar.

The logistical difficulties he encountered in Hitler’s Germany made him feel that he needed an able deputy who knew the German psyche well, besides the language. There was none with Bose to perform this role. Another reason is given by Sykes. Bose was a lonely man in Berlin but he could not make a friend of von Trott. One day von Trott told his wife Clarita that he was sure Bose had detected that he was not a Nazi at heart, and so looked on him with suspicion. Never­theless he accompanied him on many journeys to Vienna, Rome and Paris. 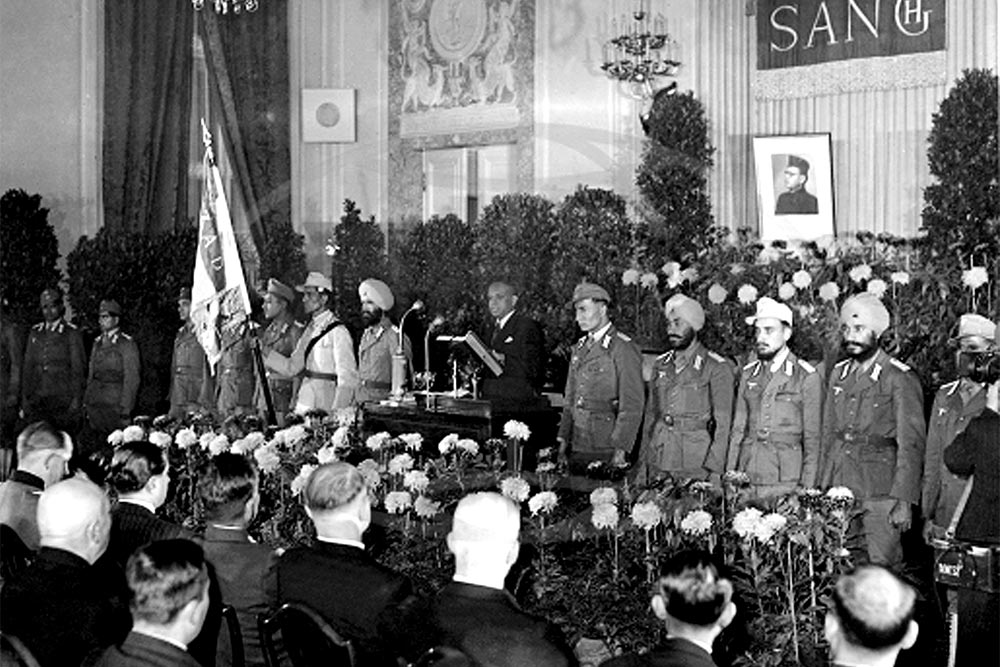 Von Trott, it was to become clear, had his own agenda.Nambiar developed better relations with von Trott. Although von Trott never revealed his double life to Nambiar, the latter told Sykes that ‘he could often feel Trott’s unrest, his doubts about the political course and his hatred of the Nazis.’ Von Trott also converted the Indian Legion as a refuge for some persons like his younger brother Heinrich ‘from the horrors and miseries of the Eastern Front.’ The Berlin premises of the Free India Centre were good meeting places to hold conspiratorial discussions.

Contrary to general impression, Bose had the idea of making Asia as his main centre of operations even as he left India for Europe. This he told Nambiar in January 1942 when the latter joined him in Berlin. He wished to keep his European stay as short as he could. That was the reason why he was searching for Nambiar – he felt that Nambiar would be more than capable of being in charge of the Free India Centre in Berlin and attend to certain specific duties when he left Europe. Most of the members of the Free India Centre were relatively young and lacked experience. At the same time Bose did not reveal his plans of going to South-East Asia to anyone except to Nambiar.

Bose met Foreign Minister Ribbentrop for the second time on 14 October 1942. At the conclusion of the meeting he introduced Nambiar as the ‘future representative of the Free India Centre’. Ribbentrop agreed that the house placed at Bose’s disposal could be taken over by Nambiar.

Singapore fell to the Japanese army on February 15, 1942. Since then Bose was making preparations to go to the Far East. Nambiar says that the news of an Italian aeroplane having made a non-stop flight from Rhodes in Europe to Tokyo stirred his imagination and stimulated the idea of departing to South-East Asia. He quickly contacted Italian sources of competence in that connection. At first Italy showed favourable interest. ‘The interest faded and it disappeared when Anglo-American troops landed in North Africa.’

Disappointed, Bose even thought of going by steamer, a risky venture. Finally a joint German-Japanese submarine idea came up. It had to be a joint venture since a German submarine alone would not have been able to go that far. A German submarine was located for his use and was ready at Kiel. However, tension arose when the expected Japanese reply did not come. The Germans conveyed that they could wait only for three days. Bose, who was very agitated, called on General Oshima, the Japanese Ambassador, who said the reply ‘would come’ and asked him to meet his Counselor, Kawahara. Kawahara, typical of diplomatic bureaucracy, revealed that the delay in announcing receipt of the reply was because the communication was ­addressed to the Naval Attaché, an admiral, and as per protocol it was he who had to announce the reply. But in this case, he was willing to make an exception. Bose was very pleased. Soon, the expected announcement from the Naval Attaché also came. The Germans said that Bose could take one person along with him. Bose telephoned Abid Hasan (officer of Indian National Army) asking him to get ready ‘for a journey’ without indicating the destination.

While he waited, Bose was busy giving policy guidance to Nambiar. There were plans to open new branches of the Free India Centre, for more broadcasting, for Indians to study German police methods and for the training of Indian seamen and airmen. As for the Legion, Bose indicated it must be used actively as soon as possible, the German officers and NCOs must be quickly replaced by Indians, and there must be no communalism. Legionaries were to be trained on the most modern German equipment, including heavy artillery and tanks. Further instructions would be ­issued as early as possible. 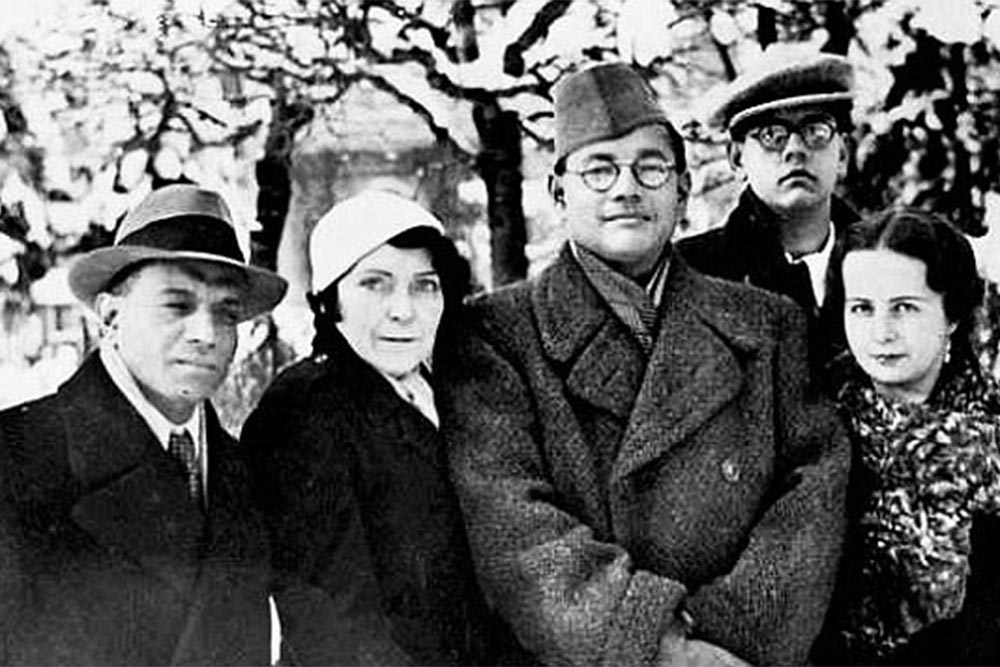 Great secrecy was maintained over Bose’s departure, which was February 8, 1943. There was suspicion that the news may be leaked.

“The Italians were not informed, because, when the talks proceeded of Bose going by an aeroplane to the Far East, news about the proposed flight reached Britain, it was believed, through an Italian source. This time the information of the journey was confined to a small number of Germans and Japanese. As far as Indians came in question, only I had information about the submarine trip of Bose.”

The other members of the Free India Centre and the Legion came to know of the departure only weeks later when Bose was already in South-East Asia. This was a security precaution since the British were keeping close watch on Bose’s movements. To camouflage this secret departure several things were done. On January 26 ‘Independence Day’ was observed in Berlin with a big party where six hundred guests drank to Bose’s health. Two days later he made his speech to the Legion on ‘Legion Day’. To conceal his departure he recorded two speeches which were to be broadcast after he left. One was used on February 28 1943, according to Volkischer Beobachter dated March 4, 1943.

Abid Hasan asked Nambiar in the train to Kiel whether he knew the destination. He was carrying a book for learning Greek, under the misconception that that was where they were headed. There had been a plan of stationing a part of the Indian Legion in Greece. It was only when he got to Kiel that he learnt the real destination and the nature of the trip.

The one day Bose passed in Kiel, he remained silent and contemplative. Early the following morning, he got into the submarine. The German State Secretary Keppler wanted to take a photograph of Bose in the submarine. It was not allowed. The submarine quickly submerged and steered to Madagascar, where it was met by the Japanese submarine. Nambiar was there to see Bose depart silently. It would of course, be the last time he saw Bose.

“So ended the stay of Subhas Chandra Bose in Europe of the War period and another chapter in his eventful life”.

Bose’s Ranis: ‘Not Even One Abandoned The Regiment’