It’s an eight-tentacled race now. Paul must be betting in heaven. 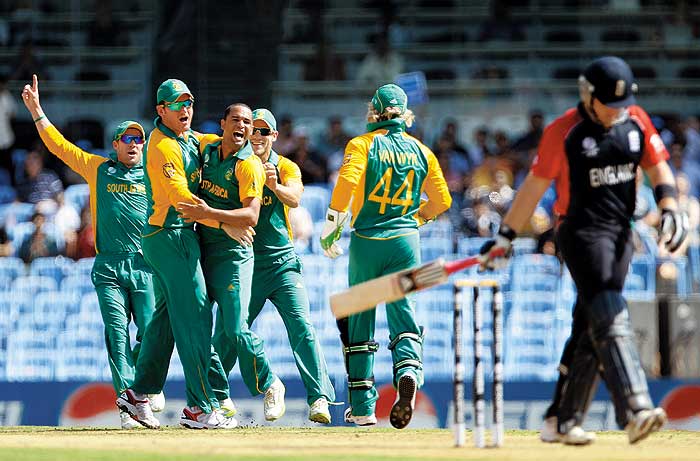 By trouncing Pakistan, New Zealand reminded us again how open this edition of the ICC’s premier championship really is. India is extremely fortunate in co-hosting a World Cup that has no clear winner. I’m going to look at the eight teams that are likely to make it to the quarter-finals, the knockout stage. From then on, it is just a matter of winning three matches in a row to be crowned the world champions for the next four years!

South Africa: This is the team with the least number of weaknesses. And it’s a team that has answers to all the questions. They have the seamers, led by Dale Steyn, to exploit the vulnerability to fast bowling that some of their opponents might have. On slow, turning pitches they have Johan Botha, who has to be one of the most wily limited-overs bowlers in the game, and who loves to be in the game when the pressure is on. With Imran Tahir, their spin attack now has some flair too, something you never associated with South Africa. Their batting is adequate but they still need Jacques Kallis to fire more often than not to become almost invincible.

South Africa’s true weakness lies within, rather than in anything external or on the plane of physical skill. It’s that ‘devil’ who seems to surface whenever the final hurdle is in sight. I think their only challenge in this World Cup is to keep that devil away.

Australia: The team that dominated World Cups through all those years after the West Indies loosened its hold on the cricketing world is not quite as formidable as before, that we know. The most striking change is something we have not seen in Australia for a very long time—a creeping self-doubt. Australia were idolised not just by the fans but also by other international teams for the way they kept playing with relentless aggression, without self-doubt, with just one unswerving belief, that they would win the game, come what may. And more often than not, they were able to achieve that. 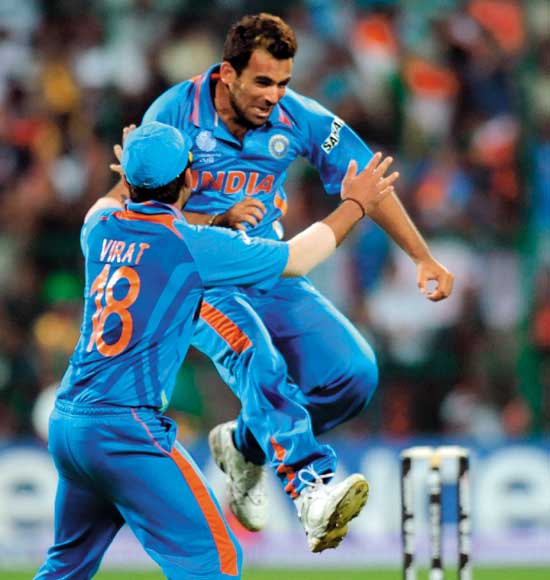 India is toothless, the Aussies and Sri Lankans are paler than before, Pakistan erratic. South Africa has to conquer its inner demons, and three dark horses.

With the departure (in a cluster) of some of their world-beaters—who were naturally without adequate replacements—there was a clear dip in the overall ability of individuals comprising the team. They started losing more matches than before; the inevitable self-doubt set in. They may have beaten England 6-1 just before the World Cup but even Australia themselves would admit that this performance did not quite do wonders to their confidence as it should have. The reason being that England as opposition looked like they couldn’t care less whether they won or lost the one-day series after the Ashes win. Also, most of those wins came from some individual brilliance, never Australia’s style of victory.

Michael Hussey’s return is the best thing to have happened to Australia in this World Cup. But as we saw in the warm-up game against India, Australia are vulnerable when the pitch is helping spin. Simply put, Australia need all their major players, especially Ricky Ponting and deputy Michael Clarke, to fire if they are to make a mark.

England: Every time I have suggested England as one of my four probable semi-finalists, I have been sniggered at from the back of the commentary box. The reason I fancy England is that I had a close look at them when they went down 1-6 to Australia. What came through to me from that series was, here was a team with some great individual class but one that had its mind already back in England and only its body in Australia. So if they could have both mind and body in one place, they are a team that can beat the best.

And in spite of losing two major players (including Kevin Pietersen) through injury, they still have some class left. And their great strength is they have the best spinner in the tournament, Graeme Swann, who will be more effective in the subcontinent.

Sri Lanka: Sri Lanka does not look as good a team to me as it has been in ICC events of the recent past. Far too much of the cream of their batting is loaded at the top, and with Murali fading away quickly and with it his belief of being the game-changer he once was, their bowling has become quite average. If it were not for Lasith Malinga, the team would have really struggled to keep the opposition down to reasonable scores for their batsmen to chase down.

West Indies: The laggards of the last two decades have been the surprise performers so far, an unexpected bonus for the Cup. It’s a team that seems to have a better atmosphere in the dressing room under Darren Sammy. It appears there are less egos bouncing around. With camaraderie in the team, the West Indies have become quite competitive. Chris Gayle, Kemar Roach and Suleiman Benn are guys who, along with ability, also have the fight in them to take on the bigger fellas in the tournament.

Also watch out for Darren Bravo, the Lara clone (and cousin). He not only looks like the elegant Lara when batting, he has also shown signs that he can actually bat like him. Remember what happened with the Tendulkar clone we saw a few years ago? He is Virender Sehwag now.

Pakistan: No one plays as well as Pakistan when they are having one of their good days, nor can anyone play as badly as Pakistan on their off day. Unlike India, Pakistan continues to be the team it was many years back, with the same strengths and weaknesses. Even with the bans, no team can match the skills of their fast bowlers, their greatest strength. Like in the past, their spinners are pretty good too, with Shahid Afridi bowling like a dream. But their batting and fielding continue to give their fans a lot of heartache.

You cannot confidently list Pakistan as a potential winner because to be world champions, you do need to win three games in a row and Pakistan is somehow too inconsistent to achieve that. Under Imran Khan, they managed it in 1992. Under Afridi? Well, let’s leave it at that.

New Zealand: Until that inspired win over Pakistan, the Kiwis were looking only slightly better than the minnows. Their recent track record in the subcontinent has been embarrassing, to say the least. But with Ross Taylor having found the springboard to leap higher, New Zealand may start showing some more spark. Having said that, it’s still a team with limited ability and, what’s worse, they know it too. Despite the promise they’ve shown by beating Pakistan, you still have to say that even New Zealand’s best may not be enough to win them the Cup.

India: I have kept India as the last team to be assessed because it’s a genuine frontrunner. The only thing that can stop India from winning the Cup is flat pitches. Zaheer Khan, until R. Ashwin really blossoms, is the only Indian bowler who looks capable of taking wickets on flat pitches. And the only way you can keep opposition runs down to reasonable limits is by taking wickets. Yes, our batting is very strong, but to expect it to score or chase in excess of 340 every time would not only be unfair on it, but also unrealistic.