The Novel's Foe, In A Levantine Light

Three characters in search of life reject a dry, utopian placidity, as the Gospels wink, and interbreed with allegory and realism. A form-defying affirmation by Coetzee. 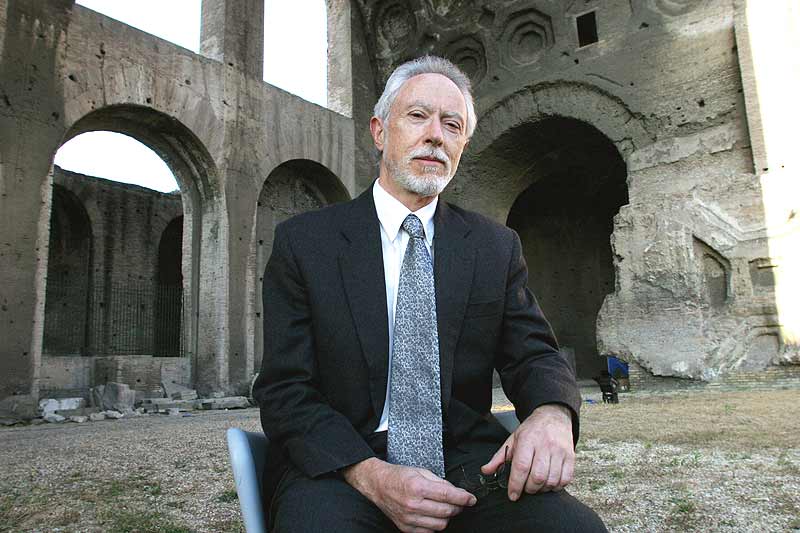 Most novelists tend to mine the seam of one genre or mode for the duration of their literary careers but it is necessary, and fruitful, to sift J.M. Coetzee’s fiction oeuvre into separate categories: the realism of The Life and Times of Michael K and Disgrace; the autobiographical fiction of Boyhood, Youth and Summertime; the fable of Waiting for the Barbarians; the philosophical novels Elizabeth Costello and Slow Man. His latest novel, The Childhood of Jesus, situates itself, teasingly, between fable and the philosophical novel, and yet the title alone applies a destabilising torsion to that positioning: it directly sets up the expectation that you’re going to get Coetzee’s imagining of Jesus’s childhood, notoriously missing from all four Gospels, and then proceeds to deceive that assumption. Or not exactly deceive; the upper partials consist of echoes and witty transpositions of themes, phrases, images and ideas from the Gospels but the moment you strain to make more of them, or pin them down to a unitary meaning, they vanish.

Simon, a middle-aged man, and David, a five-year-old, arrive in a new land, after crossing oceans, to start a new life. They are held at a camp, Belstar, where they’re given lessons in Spanish, the language of the new country, and provided with new names and ages; their pasts have been wiped clean. The novel opens with Simon and David arriving at Novilla, the city where they are to be housed. Simon, who begins work as a stevedore in a wharf, loading and unloading sacks of grain, is determined to find the boy’s mother. He has no information to go on but is convinced he will know her the moment he sees her. And so it transpires—he sees a woman playing tennis with two men in the court of a gated residence and his choice alights upon her. What follows is the strangest Annunciation ever—the selection of a mother for a son already immanent—and one of the more startling illustrations of Viktor Shklovsky’s concept of ‘ostranenie’, or defamiliarisation, in the way it makes new, and newly unorthodox, the commonest story of Western civilisation.