‘The Notion Of An Unbeatable BJP Has Been Disproved In Rajasthan’

Sachin Pilot, the Rajasthan PCC chief on the future of Congress. 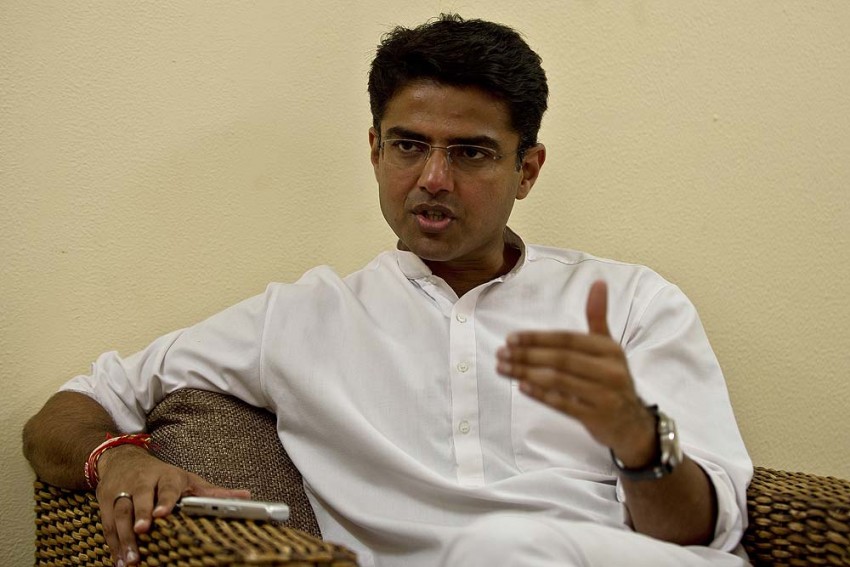 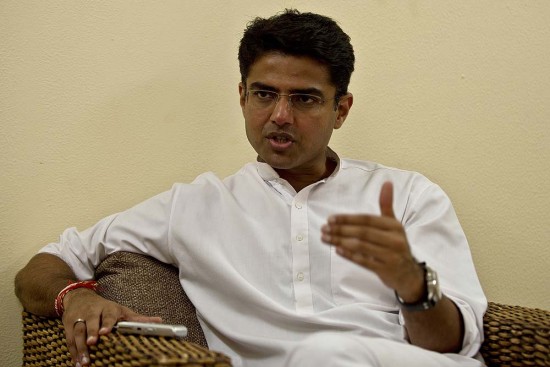 He’s one of the young leaders who is expected to get a freer hand once Rahul Gandhi takes over the party. Sachin Pilot has moved to Rajasthan and it’s no secret there that the old guard—including chief minister Ashok Gehlot and senior leader C.P. Joshi—is out to show him his place in state politics. But Pilot is persevering. Excerpts from an interview with Saba Naqvi:

You are one of the few people in the Congress who has gone from the Centre to a state. You are now PCC chief in Rajasthan and considered to be close to Rahul.

I was asked to go to Rajasthan in January last year, so I’ve been there for 15 months now. I have some satisfaction. In the Lok Sabha elections, the BJP vote was 56 per cent  and the Congress 30 per cent, a 26 per cent gap. We had the panchayat elections after that and the Congress voteshare became 45 per cent and the BJP voteshare 47 per cent. So the gap now is two per cent. We were asked to give a new direction and it’s happening. We won three out of four assembly byelections in Rajasthan. This notion of the BJP being unbeatable has been proven wrong in Rajasthan.

How do you see the future of the Congress?

The Congress party has won many elections. We have lost a few. Losing elections is not the end of the road.

Does the future of the Congress lie in the states or in the resolution of some sort of dynastic principal in Delhi?

The Congress has elections as mandated by the Election Commission. For 17 years, Sonia Gandhi has been unanimously elec­ted by the party. Remember, it is under her leadership that the Congress won back-to-back elections—for the first time in 35 years. But, as to reviving the party, obviously, it has to happen in the states. India does not live in Delhi.

Many veterans say Sonia must continue.

But there were people around Sonia who resisted a Rahul takeover.

We hear all sorts of stories. We have suffered a loss, but I see green shoots coming up. I think the collective leadership of Mrs Gandhi and Rahuil Gandhi will lead the party.

Do you think Rahul should have told people where he was when he disappeared? After all, this is a democracy and there is public interest.

The more important thing is that Mr Gandhi is now back.

He was always here. Look at the farmers’ rally. I think you understand that the big issue is the proposed changes to the Land Acquisition Bill.The genesis of the bill was Mr Gandhi’s  Bhatta Parsaul agitation. So this is a big issue for him and the party. It’s not a one-rally issue but a long haul.

Does Rahul need to show consistency?

I think he understands the need of the hour. He understands that, while in opposition, we have to be even more active in Parl­ia­ment, in protests. He will certainly make all the effort that is expected of him.

Why are you stuck on one family?

If the Congress, in its collective wisdom, elects a leader, why should it be a problem? Can there be an  alternative leader to the family? In the last 26 years, there’s been no prime minister from the Gandhi family. And there have been others such as Sitaram Kesri. And Narasimha Rao, who led the party, one day became prime minister. The family is not grasping for power. I think their collective leadership is needed when we have to rebuild.

Dreaming Of The Phoenix