The No Grow Zone 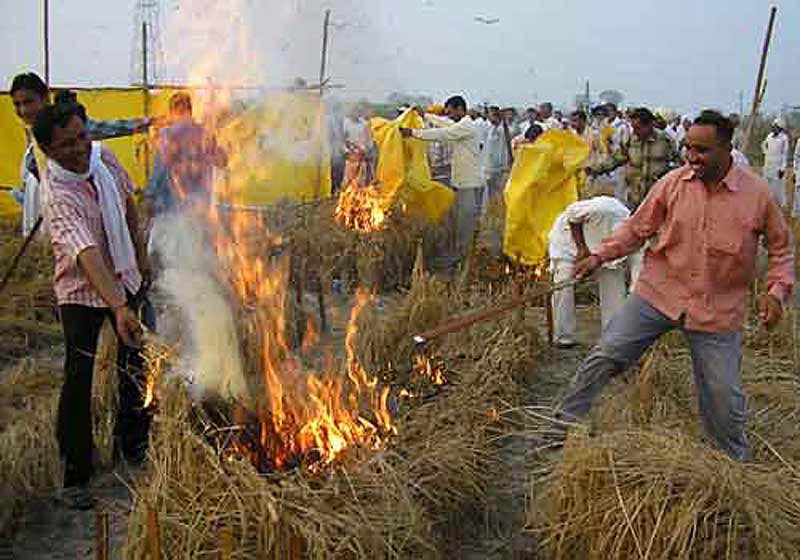 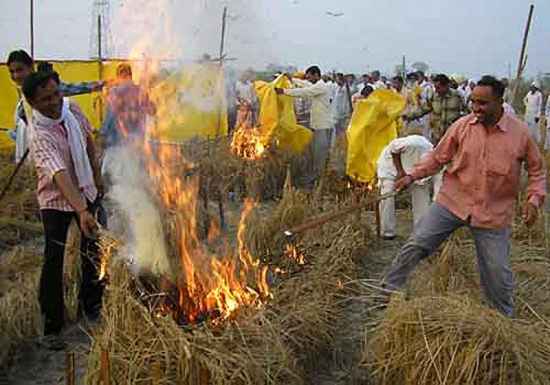 Five FAQs On The MPs’ Report On GM Foods

Pressure tactics, protests, phone calls from powerful politicos, the ‘foreign hand’—it’s been a bruising battle to decide whether GM foods can be served at dining tables in India. But now, two years after a moratorium was imposed by then environment minister Jairam Ramesh on the commercial release of Bt brinjal seeds, a parliamentary committee has upped the ante further, questioning the suitability of GM technology for India. The fact that this comes a good 10 years after India allowed genetically modified cotton varieties for cultivation now looks like the square peg in the whole issue.

The 492-page report submitted earlier this month is no hurried job. The 31-member parliamentary committee headed by Basudeb Acharia has spent two years on the task, with depositions by 50 scientific institutions, academicians, activists and agriculture writers. It recommends stopping field trials of all GM crops at a time when Prime Minister Manmohan Singh has been hinting at a “foreign hand” behind the widespread protests.

The report puts on record that GEAC has been at the receiving end of pressure tactics by even a Union minister.

The government, as is its wont, has reacted cautiously. Environment and forests minister Jayanthi Natarajan assured Outlook, “Until there are proper safeguards and a regulatory framework in place, there is no question of lifting the moratorium.” Admitting to have read the committee’s report, the minister declined to comment on it beyond saying that her ministry would be discussing it possibly next week. “On the principle of  whether GM technology itself is necessary, we need to discuss within the ministry,” she added. The exercise is currently on for redefining the role and structure of the Genetic Engineering Approval Committee (GEAC), and “possibly recast it if necessary”.

Of course, the report also puts on record that the GEAC has been at the receiving end of pressure tactics—not just from corporates, but also from vested interests within the scientific community and even political bosses: “The committee has been highly disconcerted to know that Prof Arjula Reddy (GEAC co-chairman) had been under tremendous pressure as he was getting calls from the industry, GEAC and the minister to approve Bt brinjal.”

People in the know claim the minister referred to by Prof Reddy was none other than agriculture minister Sharad Pawar (who did not speak to Outlook despite several attempts), a strong supporter of GM technology. Interestingly, though political parties are divided on the GM issue across states, the report has received unanimous approval from all members representing varied parties—the Congress, Samajwadi Party, BSP, BJP, TMC, Forward Bloc and the DMK.

Questioning the absence of strong processes, the report elucidates how slack monitoring translates into rules being routinely flouted. Which is precisely why Bt cotton was found on farmers’ fields much before formal approvals were granted a decade back. “We have a regulatory body (GEAC), but it faces tremendous conflict of interest,” says Prof P.M. Bhargava, the Supreme Court nominee on GEAC. The report also says that tests asked by Bhargava and the GEAC for assessing Bt brinjal weren’t carried out.

“Until there are safeguards and a regulatory framework in place, there is no question of lifting the moratorium.”
Jayanthi Natarajan, Environment minister

Where this report scores over Jairam’s study—done two years ago via much advertised public interactions—is that it goes beyond Bt brinjal to cover the core issue of GM technology and its suitability for a country with a rich biodiversity. For the first time, it also puts before Parliament reports citing the damaging impact of Bt cotton waste and cottonseed meal on cattle. There is also disturbing evidence that food safety concerns have been totally overlooked, with the private sector using cottonseed oil to blend in edible oil for human consumption without seeking any approvals.

“Our study shows that initially there was some benefit when Bt cotton production started. But soon the costs rose with the appearance of new pests leading to increased use of pesticides,” Acharia says. “What is more disturbing is that a monopolistic situation has been created by the multinational seed companies. Farmers told us they were compelled to buy seeds of particular brands.”

Acharia is hopeful of getting a response from the many concerned ministries in some three months, saying it will lead to a more objective look at the whole issue and a proper regulatory mechanism being put in place. Calling the report a “victory of democracy”, Sridhar Radhakrishnan, convenor for GM Free India, says it has brought to the table literally every little issue related to GM crops. “It is unprecedented that this subject is being raised in Parliament. We expect Parliament to take it up for discussion so that the whole debate on GM matures in India,” says Radhakrishnan.

Obviously, the probe has had an impact. The ministry of consumer affairs, in a gazette notification, has now made labelling mandatory for every package containing GM food from January 1, 2013. Currently, it’s not just GM cottonseed oil that’s made it to our tables, but a whole host of imported products which come without labelling. The debate now boils down to providing that most fundamental of rights: for consumers to have the choice, one way or the other.

The People Need To Breathe