Well-educated, holders of cushy jobs, but ever keen for greater thrills. What heady mantra makes those loath to stick to one job tick? 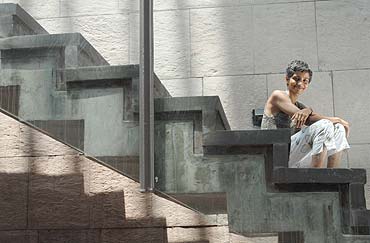 outlookindia.com
-0001-11-30T00:00:00+0553
They’re good students with first-rate degrees. They’re intelligent, savvy and self-aware. Yet their CVs are patchwork quilts made up of brief stints in different professions—and they have no long-term career goals. Capitalising on a highly mobile job market, an increasing number of young Indians are rejecting the fabled Indian drone-worker ethic in favour of greater mental stimulation, constant learning, and the heady joy of loving what they do.

Seven years ago, Karan Singh, 29, was every doting mother’s dream come true, with a well-paid job selling personal loans for Citibank, which he landed straight after passing out of iim-Bangalore. But he was miserable. "The discontentment was unbearable. Walking up the steps to my office everyday, I felt like running back!" recalls Karan. And run back he did, two years later, to "explore and experiment". He spent a few months attempting to set up a reiki practice, then went off to work on a farm in Switzerland on a cultural exchange programme, then moved on to projects in water conservation in rural Karnataka and rainwater harvesting in Bangalore. For a few months now, he’s been working as a journalist for an environmental magazine in Delhi, but is likely to call it quits once again, since a friend’s e-mail has given him new ideas. Karan explains, "He said trade issues can be powerful tools for change, and the fact is, I’ve got a business background, a talent for maths and an understanding of economics. I can’t wish these strengths away!" 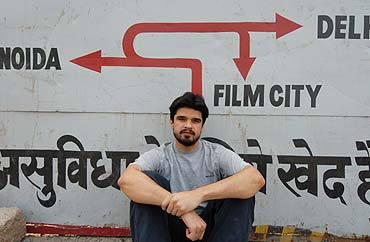 Karan’s career-changes have not been family-sponsored dilettantism. "I’m not from a rich family," he says. "My dad is a government employee and anyway I’d never want to be a liability on him. I’ve paid for my own experimentation, I’ve been independent since I first started out." He managed it, he said, with a simple reassessment of priorities: "I choose the luxury of interesting and exciting jobs over that of a luxurious lifestyle. When I switched to NGO work from banking, I tempered my lifestyle, so that I could manage on a small salary." Besides, ideal jobs, he points out, often lose their lustre in the daily grind. "When I enter a particular field, I have a dream in mind, and once I’ve attained it, done what I had to, I quit, because dreams don’t last forever. Once you’ve reached a peak, things inevitably go sour."

That’s a phenomenon that HR professional Subramanian Degala terms the ‘summit syndrome’. "Young professionals have a very low boredom threshold, and once they’ve reached the peak, the challenge is over, and there’s a plateau and then descent." A sea-change in values has also contributed to this phenomenon. Degala observes: "Ten years back, staying with an organisation was considered a virtue. Now they say: ‘He must be a dumb guy.’"

Career counsellor Pervin Malhotra agrees, "There are so many new fields, so many new jobs. Employers are seeking people with multiple skills and transferable skills. For example, someone in the hotel industry could easily be lapped up by the BPO sector—they bring similar skills to the table."

"The main thing is, you don’t think much about the future," says seasoned job-jumper Anupama Srinivasan. After a degree in Applied Math from Harvard, she joined the Film & Television Institute India (FTII) in Pune, after giving herself a year off to make the decision. Alongside making short films and documentaries, she also learned Persian and Japanese, and began running Delhi’s Iranian Film Club in her free time.

Now 32, and still living at home with her parents, Anupama concedes that hers is not a stable life, but argues that living this way is well worth the uncertainty: "My aim in life has never been to go to an office, regret the time I spend there, and at the end of the week, say: Thank god it’s Saturday! You spend so much time at work, it ought to be what you like doing." 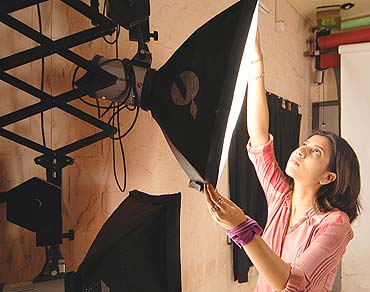 For many, finding this elusive thing—a satisfying job—is a tortuous journey. Shaizia Jifri, 24, another self-proclaimed ‘professional rolling stone’, has abandoned a course in communicative English and another one in short-filmmaking in New Zealand, has run a store, been in event management and radio jockeying, modelled, designed websites, acted in amateur theatre, assistant-directed musicals and sold corporates "somewhat gaudy and overpriced reproduction artwork".

Finally, she chanced upon her current job as production assistant with a company making ad films in Mumbai—one that she’s likely to hold on to. "As much as I like my Peter Pan syndrome of never growing up, I’ve faced a hard, undeniable truth: I’m not growing younger. So I’ve had to sever some ties with Neverland and choose a line of work that will hold me for more than two years of my life." It’s not a final goodbye to Neverland, though: "Who knows, life is weird and wonderful and one is open to change."

Change is definitely an important mantra in 34-year-old Aruna Popuri’s life. "I’ve never had a long-term plan, and that became a habit," she says. Starting out studying Math Honours, she abandoned her degree in favour of teaching French at a school, after which she worked for 11 months as a receptionist at a holiday inn. An exhilarating break at an adventure camp in the Himalayas impressed her so deeply as an "alternative profession" that she decided to join the team fulltime. A few months on, she found herself in a short-term secretarial job at the European Commission, which proved to be "valuable and formative".

Nevertheless, she returned to the adventure camp for a year, after which she helped out a friend with audiovisual presentations, until five years ago, when she was invited to teach and translate French at the Alliance Francaise in Delhi. And this September, she heads back to university for a course in Educative Technologies in Poitiers, Lisbon and Madrid. "What’s important to me is to have constant movement, not get stuck, even within a job—to keep learning." 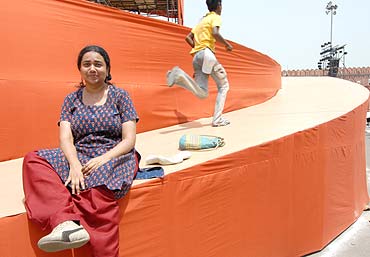 Shoili Kanungo would agree. She has a philosophy degree, and another one in Japanese from a Tokyo university. She has learnt pottery in India and Japan, and has recently acquired a certificate in design from a school in Sydney. In between, she has worked as an assistant director on feature films and documentaries, reviewed scripts for a production house, worked as a receptionist in Toyota’s office in Delhi, as well as done various stints as cartoonist, librarian and book-shop sales assistant. Finally, she has settled into the job which makes her feel content: a designer at an ad agency.

What lies behind her roving eye? "A free-spirit attitude," she says of her waxing and waning, "to go with the flow till you feel something is right, and if it starts feeling wrong, let it go and move on." Like some of the other job-jumpers, she also stresses that it only works if you’re not into cluttering up your life with objects—like a house, a seaside home, a Mercedes S-class. "If that’s what you want," shrugs Shoili, "you’re bound to get tied down to one job."

These young people are reinventing conventional wisdom, by saying it’s OK to change your career as often as you like, and there are more paths to a fulfilling life than sticking to the straight-and-narrow of one ‘safe’ job. They are part of a global trend. As BBC commenter Tim Marlowe said on his trend-tracking radio show recently, "Specialisation is a way of stopping you from larger knowledge systems." Malhotra asserts, "In the years to come, most of us should be prepared to make two or three career shifts. Long-term plans are no longer possible, though they’re nice to start out with. You have to adjust your compass to the new winds blowing."