When school teachers were protesting outside the Escher Museum in the Hague, there were no menacing men in uniform swinging batons, and no spectre of violence haunting the gathering 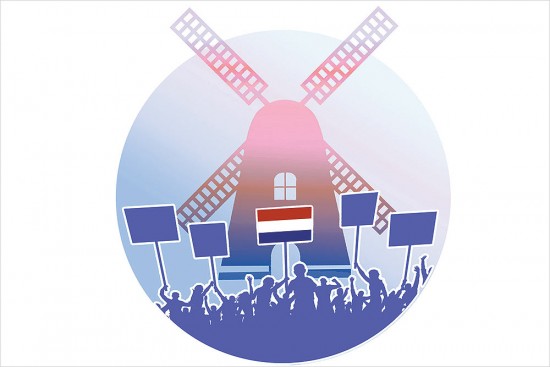 “China? Have you come from China?” asked the stewardess as she flipped through my passport. I was transiting via Dubai in the first week of February—a time when we traipsed through airports without temperature checks or protective gear, barely a mask in sight. Confined to my house for three months now, I look back at a trip that might be my last for a long, long time.

Blowin’ In The Wind

“Who visits the Netherlands in the winter? There has been no sunshine in the past two months,” my friend exclaims. Indeed. Throughout January, the temperature remains entrenched in single digits and the weather app indicates a hard rain’s gonna fall every day. But as my flight descends to Schiphol Airport, I see clouds casting shadows on a sea of lucent yellow—the sun has finally glossed over the grey pall. Over the next few days, it retreats, but the rain is usually a drizzle and it seldom gets uncomfortable. The layers of fleece, wool, down and waterproofing I packed in anticipation of bone-wracking weather are redundant. But soon, the heavens subjected me to something I was not prepared for—winds so ferocious they flung away my jacket, made my eyes water till I could not see and left me barely able to walk. But I was lucky. In January 2018, 90mph gales not only made walking a punishing task, but also toppled trucks and trees and tossed around shipping containers. I should have guessed though—after all, the country is synonymous with windmills.