Possibilities lurk in dark alleys. For us, it was in three rooms with rickety tables. 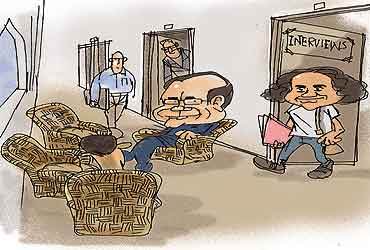 The summer of ’95 crackled in the middle of Independent India’s most tumultuous decade. Rajiv Gandhi was assassinated. The Babri Masjid had been demolished.

Finance minister Manmohan Singh was slashing at the tentacles of the licence permit raj as a new economy struggled to be born. The Mandal agitation had petered out, but caste shadowed every citizen. Narasimha Rao was in the PM’s chair, yet, the old Congress system had started collapsing and another force—the war cry of Hindutva—was closing in on the citadel.

That clumsy giant, Doordarshan, was losing its monopoly over the airwaves. Another upstart player, private television, was notching greater TRPs. Old hierarchies were crumbling fast and a nascent urban culture was sputtering to life. Hinglish advertising, the first tubs of Haagen Dazs ice cream, the first treadmills in gyms and the internet at one’s fingertips. The Maruti Gypsy (still hip a decade ago), the first spaghetti straps, sexual confidence, the first cellphones and a new generation of lyricists, writers and painters more confident about East-West fusion than their parents. From Guwahati to Alapuzha stretched the slow schizophrenia of change.

Where was the voice of the time? In the scorching summer of ’95, The Magazine—a precocious claimant to the role— waited to be born. And yawned in the womb of possibility.

Our first office space was three rooms in the Lodhi Hotel, that Stalinist inn sternly painted in official yellow and now, thankfully, demolished. There was a Long-Haired Editor whose trousers were in constant danger of letting him down, a Short-Haired CEO with an absent smile who could achieve everything and meet every deadline. And a clutch of sheepish journalists who spent their days negotiating their evening beverage. The Magazine was still nameless. We sat around rickety wooden tables, sipping Fanta and trying to impress each other. No permanent home, no name, no launch date. A disapproving army was closing in, shouting, "Not another magazine, for god’s sake!" "There’s no market! There are no readers, advertising. You guys are doomed." A sports editor from a broadsheet dropped in and gave us a thumbs-down.

The Magazine, still hiding in the vacuum of promise, smiled to itself. It knew, even if we didn’t, that the year had been waiting for its coming. The Long-Haired Editor and Short-Haired CEO spent afternoons interviewing the footsoldiers of hope. The Long-Haired Editor was already a legend. He’d created more magazines and newspapers than even he could remember. He was (still is, God bless him) the reader’s obedient servant. He cursed, he mumbled, he laughed strangely at inappropriate times, hated politicians irrespective of ideology, never made the mistake of taking himself too seriously and never, we had heard, got on with the proprietors. His relationship with the Men Who Mattered was so precarious, that he, along with all of us, could be turfed out at any time. As I signed on the dotted line, he muttered, "You know what? I’m the best editor you’ll ever get." Ten years later, I promise never to tell him if I agree with him or not.

The mood at Lodhi Hotel was insatiable. The Long-Haired Editor would cast his bespectacled eyes on his cadre of hacks. "Why is everybody," he would inquire, "eating?"

The laidback journalists who hungrily waited for the launch of The Nameless Magazine ate roughly a dozen meals a day at a damp restaurant codenamed Single Tea. There was nothing much else to do. The bearded crusader against corruption was still an affable youth. The dashing investigative sleuth was still a raw country boy. The Award-Winning Lens smiled now and again. The Houdini of Headlines, the Gandhi of the Dark Room, the King of Quark, the Rock Musician of Politics, The Techie Poet, The Buddha of Sport, the Subaltern Sizzler, the Big Bindi, India’s first male Fashionista journalist, all there in sheepish anonymity, the oldest barely in the third decade of life.We had time.

"What’s the name?" we would ask, bursting into relaxation every Monday morning.

"Still undecided," snapped the Long-Haired Editor, who’d been there since 8 am. "Market surveys are being done."

"Wait!" yelled the Long-Haired Editor, "Come back! How about some story ideas?"

I was assigned a feature on young, upwardly-mobile Marxist intellectuals. I lost two friends in the following months.

The Magazine grinned in the darkness and flexed its muscles. All for a larger cause, it whispered. After all, only a few kilometers away, The Competition snarled like a mighty, sharp-suited dragon. The behemoth of newsmagazines, its vast network, its seasoned wordsmiths, its macho reporters, its marketing men, its glam ladies and its formidably long life. "This is war," said the Long-Haired Editor. "You’re a soldier now. Forget about keeping friends." A few weeks later, we moved to Safdarjung Enclave in the Kamal Cinema complex. A woebegone market 10 years ago, with a single sweet shop, paan shop, a few thin dogs and Russian female teenagers crowding into a photocopy outlet whose Sardar proprietor spoke several East European languages. Three floors were acquired and our spirits soared through the staircase. Meetings began, stories were planned, the first dummies came out. The Magazine readied itself for passage. New India’s voice cleared its throat and waited.

In the meanwhile, there were beer parties on the terrace. The Long-Haired Editor looked on admiringly as his staff of under 50 consumed a battalion’s supply of liquor. The air filled with song. The Rock Musician belted out Kerala protest. The Big Bindi breathed through a Rabindra Sangeet. The Valuable Cartoonist, preferring quiet fun, pleaded for a respite from the ceaseless singing, and was pinned to his seat by a fierce rendering of Surangini.

Fun was never so serious. There were trips to Barmer and Jhabua, to Kashmir and Azamgarh, for stories of India from its cutting, brutal, hopeful edge.

Correspondents and photographers understood each other. How to sign bills in Hindi with the left hand so that it looked like the signature of an Andhra cab driver was an art I learnt from the Gandhi of The Dark Room. A group of colleagues was never more companionable, never better friends and never so delighted to be in each other’s company.

Saturday afternoons, indeed, almost every afternoon, were spent in homage to Kingfisher. Parties (or was it work?) begun at office would end in the home of someone with a cooperative spouse. The hours would roll by. Only when the bearded crusader began his familiar story of how his uncles initiated him into intercourse with buffaloes would we know it was time to leave.

The divide between editorial and management was non-existent for us in those days. The Short-Haired CEO was determined to defy the stereotype. He was anxious to meet us half way, running enthusiastically with every idea. The Long-Haired editor would enter the bureau and hopefully ask, "For heaven’s sake, hasn’t anybody got a court case at least?"

Nobody paid much attention to him. At that time, all eyes were on Subaltern Sizzler’s essaying yogic exercises on the bureau floor.

October neared and The Magazine was ready. The first ever opinion poll from Jammu and Kashmir. The prime minister’s romantic novel. The Magazine had soaked in our energies and distilled our spirits. Young citizens of India had poured their passions into its pages, and what came out was not just a collection of stories but a manifestation of our spirit, the power of our laughter, the restlessness of our intellects.

On October 11, 1995, Outlook awoke to life, to headlines and to a few copies being burned by the Shiv Sena.The rest will be judged by a new century.

Of Dust, Of Light