Post-Khalistan prosperity in Punjab has its flip side: a generation hooked to drugs 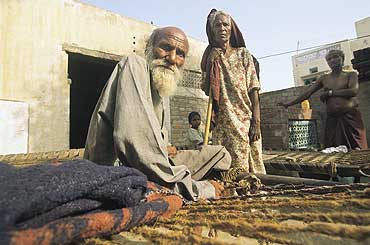 outlookindia.com
-0001-11-30T00:00:00+0553
Kanwaljeet Singh, 20, of Sarhali Kalan village in Amritsar district, used to be like all youngsters of his age, buoyant and carefree. An avid member of his college kabaddi team, he couldn't have imagined even in his dreams that he would become a compulsive drug addict.

But he tempted fate, and life, when one day he succumbed to his friends' suggestion that he inject himself with a "harmless medicine, just to feel good". Today, Kanwaljeet, the son of a prosperous farmer, is far from feeling good. He needs Rs 5,000 every month for his two shots of morphine every day. His kabaddi-playing days are long over, he looks emaciated and suffers from bouts of depression.

Kanwaljeet's is not a solitary story, young people in rural Punjab are now getting caught in a deadly drug trap. Its once-robust young men, known for their boundless physical energy and strength, have become shadows of their former selves. The "drug problem", which was initially limited to the border districts of Amritsar, Ferozepur and Gurdaspur, has spread to every corner of the state. Today, Punjab's rural youth have an entire range of deadly drugs to choose from—heroin, brown sugar, "natural" opium. Also available are painkillers—morphine, pethidine and dextropropoxyphene (proxyvon). Health officials estimate the number of addicts could run into lakhs.

A preliminary study conducted by the state health department in March shows the extent of the problem:


The Institute for Development and Communication (IDC), a Chandigarh-based research organisation, has more worrisome figures. Giving a break-up of the drug abuse pattern in the three major geographical areas of Punjab, its study says that households affected by drug abuse is 61 per cent in Majha, 64 per cent in Malwa and 68 per cent in Doaba. Says Pramod Kumar, director, IDC: "It's a comment on the fragile economic affluence of Punjab. Social development isn't leading to a better life or creating opportunities for the productive involvement of youth."

The Taran Taran district used to be the hotbed of militancy. Today, it is infamous for its drug addicts. In its sub-division of 400-odd villages, scores of young men turn up every fortnight accompanied by their troubled parents or spouses to the six de-addiction centres set up by a local NGO, the Guru Arjun Dev Charitable Trust. The manager of the trust, Dr J.P. Singh, admits this effort is too small to cope with the burgeoning problem. Says he: "We have to turn away many people due to lack of space."

Dilbagh Singh and his brother Baldev are farmers in Chabal village in Taran Taran. Both are addicts and are bitter about the plight they find themselves in. Not only is opium and brown sugar a drain on their earnings, the addiction is telling on their health too.

Shamsher Singh is 23 but looks like he is pushing 45. He has been a slave to opium for nine years now. He also supplements his intake with tranquilisers and painkillers. To feed his habit, Shamsher has taken to selling bits of his five-acre landholding and household utensils and appliances. Says he: "Virtually every second young male from my village takes drugs in one form or the other. We get our supply either from the neighbourhood chemists or, sometimes, from shops near the Amritsar bus stand."

Anxious village elders, thronging a small de-addiction camp in Naushera Pannuwan, near the Indo-Pak border, to admit their sons have their own analysis. "First, Pakistan misled our youth by taking them down the road of terrorism, now it's bent upon ruining the present generation with drugs," says Parmatma Singh of Sarhali Kalan.

Drug abuse is also rampant in urban slum clusters. Maqboolpura, on the outskirts of Amritsar, is one such area. There are several families here which have lost their men to narcotics. Says Ajit Singh, a school teacher and activist who has been campaigning against drug abuse: "In my estimate, 136 persons have died in the past seven years in Maqboolpura." Most men of this slum—mainly rickshaw-pullers and labourers—are hooked to dexavion capsules, morphine or natural opium.

While most acknowledge that drug abuse in Punjab has gone up sharply in the post-terrorism years, few can explain this trend. DIG (border range) G.S. Sahota feels that relative prosperity in villages is a possible reason.

The proliferation of chemists and registered medical practitioners (RMPS) in villages is another reason. Many RMPS peddle opium-based drugs without prescriptions. "Even in villages with no doctors there are several chemist shops. Most of them supply drugs," says Sahota. RMPS and quacks are known to prescribe addictive painkillers and tranquilisers to villagers for minor ailments.

In a paper published in The Perspective, a journal published by the Punjab Police, Sahota has identified "political protection to smugglers and political interference in police working as major barriers" in acting against drug smugglers. Says he: "It's not possible to make effective use of laws in the present set-up where drug smugglers and their promoters enjoy political patronage and some of our own officers are involved with them." Addiction within the Punjab police also came as a rude shock to senior officers when the Amritsar police cracked down on drug abusers within. Which is why when the Taran Taran police opened de-addiction camps in June last year, among the first to be treated were its own personnel.

As you drive through Punjab and see village after village with de-addiction centres and rootless addicts, it hits home that the drug epidemic is real and scary. 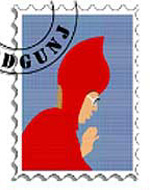 The Song Of Lhasa