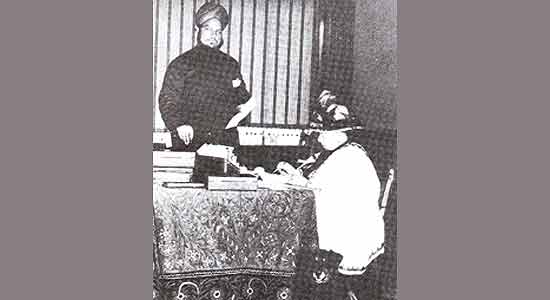 Queen Victoria never visited India. But more than any other monarch she cast a mystical spell over her distant subjects. The Empress of India or the ‘Maharani’, as she was popularly referred to, became an enduring symbol of the British Empire in India. Regardless of the subsequent turmoil that resulted in the eclipse of the Raj just 46 years after her death, the reign of the ‘Old Queen’ invariably invoked wistful nostalgia. The Queen’s Proclamation of 1858 came to symbolise just government and the ‘Queen’s peace’ was a shorthand for prolonged stability—the respite India yearned for after a century of turbulence.

Six decades after Independence, invoking the romance of the Victorian age isn’t fashionable—neither in Britain nor in India. Even ‘Victorian values’, which once denoted thrift, enterprise and restraint, has been recast as privilege, snobbery, even racism. This rewriting of history may well be a commentary on Britain’s current fads but it also underlines the hazards of exploring a curious chapter of Victoriana: the bizarre saga of Munshi Abdul Karim.

Abdul’s fall is attributed to the aristocracy’s racism, but the fact that he was pushy, oily and obnoxious perhaps contributed more.

Having worked the royal archives, Shrabani Basu has written a charming, lively and rigorous narrative of the complex relationship between a slightly dotty Queen and a slippery Indian from Agra who rose from serving at the table to her closest confidant. Like many powerful and lonely widows, Victoria needed an emotional crutch. After the death of her beloved husband, Albert, she turned to the gruff Scottish stable hand John Brown—a relationship that became the object of salacious gossip. The void left by Brown’s sudden death was filled by Abdul Karim, one of the two servants Victoria imported from India in 1887 to impress visiting royalty. Abdul became the Queen’s shadow, teaching her Urdu, filling her mind with his sectarian views on Indian affairs and jumping headlong into court intrigues.

The final decade of Victoria’s life was dominated by Abdul, who made himself so unpopular and controversial that within a week of the Queen’s death in 1901 he was turfed out of Windsor. His private papers were destroyed. A frightened Abdul returned quietly to India, never wrote his memoirs and died unsung.

The ‘Munshi-phobia’ that gripped the court and contributed to Abdul’s fall has been attributed by Basu to the incipient racism of the British aristocracy. To her, the final harassment of the Munshi is even reminiscent of post-9/11 Islamophobia—a needlessly gratuitous extrapolation. Indians were a rarity in Victorian Britain. The few who were visible were either visiting princes or soldiers who helped add colour to the pageantry on occasions such as the Jubilee and exhibitions. They were viewed as exotic examples of a far-flung Empire. The princes were favourites of the upper classes,  and were mercilessly fleeced for this privilege. They were also consulted by policymakers, their social sensitivities were accommodated and their sense of hierarchy respected. In an age where the landed aristocracy had total influence, the princes fitted into the notion of ‘traditional leaders’. The Queen herself played a major role in being hospitable to the visiting princes, securing expensive gifts and winning their undying loyalty.

Abdul was an oddball. His origins were humble and his education meagre. He tried to circumvent this lack of pedigree by using his clout with the Queen to demand privileges, trying to shape policy and, worse, insisting he be treated on par with the members of the court. He had the temerity to send a Christmas card to Viceroy Lord Elgin—seen as an act of insolence—and, to the horror of the India Office, demanded a knighthood. Victoria didn’t help matters by being irritatingly persistent that Abdul get whatever he wanted.

Abdul didn’t know where to stop. His downfall was triggered not on account of race—that entered the picture as an expression of distaste—but because he was pushy, oily and obnoxious. Abdul replicated Indian techniques of social mobility and personal self-aggrandisement to a society with very different rules. He lacked subtlety and judgement. In the final analysis, Abdul lost out because he made Victoria look extremely foolish. This seems the inescapable conclusion of this thoroughly researched and elegantly written history.