The Mullah's Monologue With The Buddha

Harinder Baweja, one of two Indian journalists and the only media woman to have met the Taliban, recounts her tryst with the student militia after the fall of Kabul in 1996 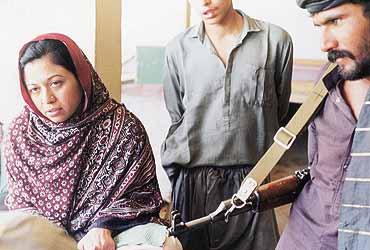 Sensing the advent of the Taliban, the staff at the Indian embassy had upped and left and just then—when former pro-Soviet president Najibullah's body was hanging from an electric pole—I was working my way into Afghanistan. It was one of my most claustrophobic assignments—the burqa lying right on top of other long-sleeved garments that had been especially packed for the trip—but a fascinating one. It was the only time the Taliban allowed Indian journalists in, perhaps because they were heady with success. Perhaps, to show that the Northern Alliance which had stamped our Afghan visas in Delhi had been driven out, past the Panjshir Valley, to the north of Kabul.

The Taliban had come a long way from the madrassas in Pakistan, from where they were first recruited. Provincial peasants, who had grown up on a staple diet of religion and war, they gawked in awe at the ornate chandeliers and the spacious hallways in the palace. Accustomed only to mosques and battlegrounds, they walked the silk carpets with trepidation. Arabic translations of the United Nations charter were available but the Taliban were not interested in playing the game of diplomatic nuances and international political norms. They had their own code of governance and soon got down to the task of implementing it.