The More They Change 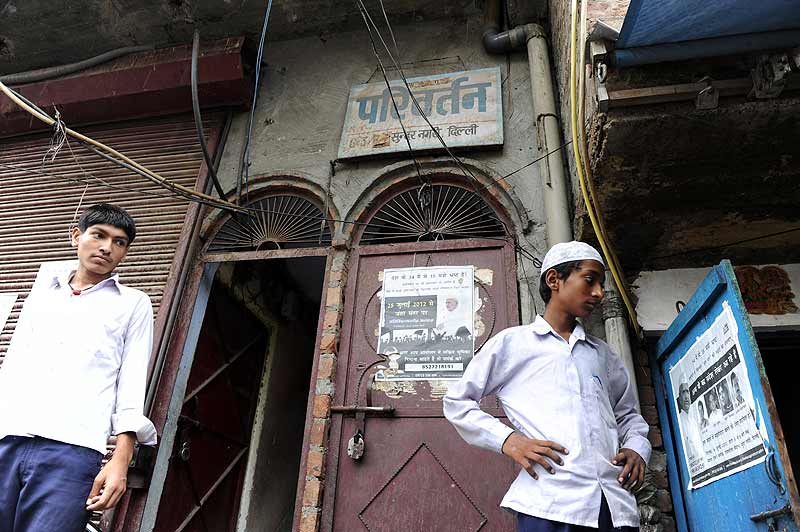 It was the summer of 2002. An IRS officer on study leave from the Income Tax department would travel daily to the slums of Sundar Nagri, in the north-east district of Delhi, close to the Uttar Pradesh border. Working with friends, he aimed to make the locality a powerful example of people’s empowerment. He was then an unknown; now, everyone knows him as Lokpal activist Arvind Kejriwal.

His group’s pioneering work was quite praiseworthy. They called their initiative Parivartan. It was non-registered—the members decided to call it not an NGO but a jan andolan—and ran on individual donations instead of seeking institutional funding.

In December 2002, the group organised India’s first public hearing on development works in the urban sector. Among the panelists for the hearing were Justice P.B. Sawant, former civil servant Harsh Mander, and activists Arundhati Roy, Aruna Roy and Shekhar Singh. The event proved a game-changer. Over the next few months, the group addressed itself to solving people’s grievances related to the PDS, social welfare schemes and so on. For the man who began the effort, recognition came in 2006: he was given the Magsaysay award in the “emergent leadership” category. The roots of what Kejriwal would go on to become, the underpinnings of his work and his motivations, must be traced to Sundar Nagri.

But Sundar Nagri today—ten years on—bears no sign of the change the idealistic group’s efforts should have borne. If it were the test case for Kejriwal, the failure shows. Choked drains, overflowing sewers, no proper water supply, a PDS system as unreliable as ever, long queues outside the welfare department office—nothing has changed.

“In fact, the situation is worse than before,” says Sonu, of Sundar Nagri’s F-1 block. “The administration is more cunning now, it knows how not to give information under the RTI Act. And now, we are left without any guidance or help.” The Parivartan volunteers are nowhere around. The office is still there, but neighbours say it’s closed most of the time. Parivartan still has two employees—Santosh, a girl from the colony, and Ramashrey—who get their wages from Kejriwal’s other organisation, the Public Cause Research Foundation, though it was against the original principles of Parivartan to accept any funding. In fact, based on a PIL, the Delhi High Court has asked the MHA to investigate by August 30 the foreign funding of organisations Kejriwal, Anna Hazare, Kiran Bedi and others are associated with and the government is putting these organisations’ FCRA licences under scrutiny.

Old associates, too, are disillusioned with the founder. “Parivartan is almost dead,” says one. “We wonder, if he can raise millions for Kabir (another NGO with which Kejriwal is associated) and India Against Corruption, why can’t he ask a few individuals to make donations to Parivartan?”

Some of his critics in the area are unsparing. At the time of writing, Kejriwal was into his eighth day of fasting with Anna Hazare. But Naushey Ali, an activist from Sundar Nagri, asks, “If he can’t bring change to a small area, I wonder how he’s going to change this nation?” As for Kejriwal himself visiting Sundar Nagri, locals say it’s about twice or thrice a year.

(The writer was one of the founder members of Parivartan and worked in Sundar Nagri.)