Why isn’t good news getting the space it deserves? Is it too undramatic, does it sound implausible? Are we too much in the sway of the brute Indian reality? 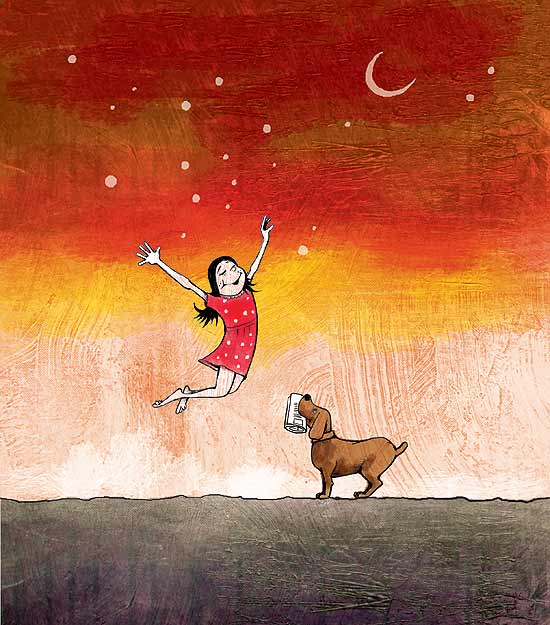 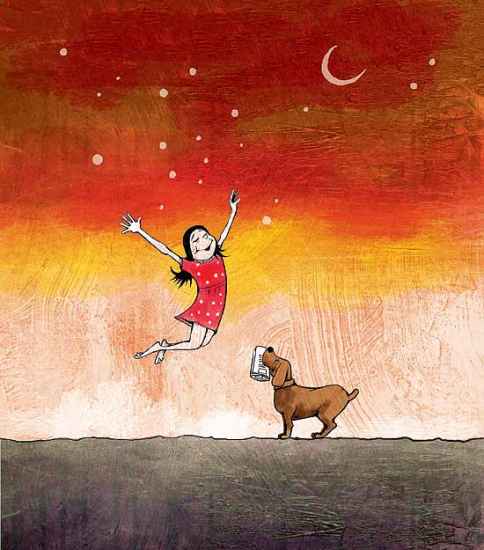 Where’s the good news? Not the sort that energetic evangelicals bring with their tracts and their spiels for Jesus, just ordinarily good (good as in cheering, uplifting, heartening, encouraging) news? Where’s the story about the honest member of Parliament who used his discretionary funds to actually help his constituents? About the judges who outlawed state vigilantism? About the district where payments under NREGA are made in full? It surely can’t be any editor’s case that honesty, scruple and inspirational work are absent in India, so why don’t we, as consumers of news, hear about them?

NREGA, on the other hand, crucial though it is for an enormous rural population impoverished by a stagnant agriculture, is alphabet soup, an acronym that perhaps one in one hundred thousand Indians can expand into the National Rural Employment Guarantee Act. And even after spelling it out, most people would be hard put to explain what the act mandates. Development as good news is complicated. It needs context, caveats and information. It’s worthy, it happens off-stage, it happens slowly, it isn’t dramatic, ergo, it’s sometimes dull.

Secondly, though we’re reluctant to admit it, pleasure in the misfortunes of others takes on a keener edge in the midst of scarcity. Schadenfreude is a universal failing, but in a poor country where life seems a zero-sum game, the misfortunes of others are obscurely reassuring. If you think this is self-hating or unfair, you only have to pay attention the next time you pass the scene of a road accident. If you’re in an autorickshaw, your driver will slow and both of you will rubber-neck, dozens of people will have closed in on the crash site and will be staring at the wreckage, eager to suss out hurt and injury. Bad news panders to base instinct in a cruel, hardscrabble world.

Thirdly, there’s a strange way in which good news in India is local while bad news is national. Thus, bad sex ratios in Punjab and Haryana are a pan-Indian embarrassment while near-universal literacy in Himachal Pradesh is, at best, the local achievement of a small hill state. Some years ago, there was a report about an ngo’s success in making municipal government in Bangalore transparent. In a small country, this might have inspired the reader to believe that this was a model for municipal reform for every large city in the nation but sitting in Delhi, Bangalore seemed impossibly far away and Kannadigas just too different in terms of language, temperament and habit for me to believe that Delhi’s municipality could be reformed in the same way. So a national newspaper or magazine can’t be blamed for assuming that bad news is the short-cut to a national readership.

Another reason for the relative absence of good news in India is that in a country as unequal, poor and malnourished as ours and as visibly crowded with the homeless, the unemployed and the sick, good news is fundamentally deemed implausible. This is, of course, not to argue that our news media use their resources to hold up the mirror to brute Indian reality. Both print and television successfully ignore the rural hinterland and the urban poor because the middle-class eyeballs they court have no interest in either. But they know that an obvious disconnect between the pages they produce for their readers and the world those readers inhabit will be bad for business. A practical concern for what in film-making is called continuity keeps bad news in business.

There is a professional reason for the usual absence of the sort of stories that fill this special issue of Outlook. Journalists are experienced sceptics, temperamentally disinclined to write warm, fuzzy stories. They’ve seen too much wickedness to set much store by good intentions or happy endings. This hard-won disbelief is reinforced and given intellectual sanction by a general disenchantment with the nation-state.

This disenchantment is rooted in the Indian state’s failure to keep the peace or organise just economic development. The state’s abdication of its law and order responsibilities has been highlighted by its chronic inability to pre-empt or suppress communal violence. The great urban pogroms of 1984 (Delhi), 1992 (Bombay) and 2002 (Ahmedabad) showed the state in times of crisis to be complicit in murder, less the guardian of the republic than an event manager with a nice line in violent spectacle. The brutal suppression of secessionist movements in Punjab, Kashmir and the Northeast further discredited the state in the eyes of liberals and progressives. 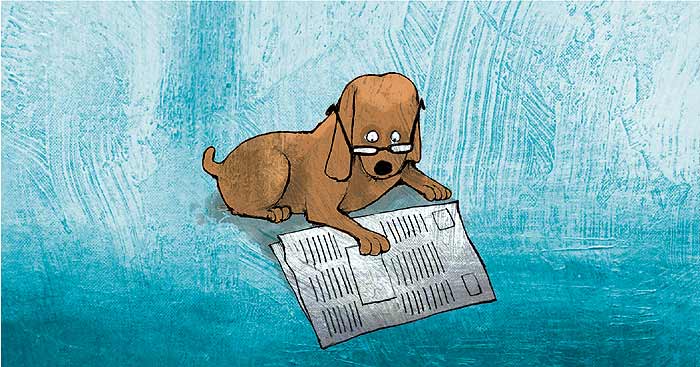 The process of liberalisation flagged off by Manmohan Singh in 1991 did nothing to redeem the reputation of the Indian state on the Left or the Right. The free-market Right saw liberalisation as a way of liberating the economy from the stifling incompetence of the licence raj while the Left saw it as a process that dismantled even the minimal commitment of the republic to public provisioning and welfare. Through the first decade of the 21st century, the standing of the republican state has continued to decline. To the votaries of laissez faire, the state’s continuing opaqueness and corruption hinders India’s ascent to the promised heaven of the free market, while to liberals, civil society activists and the non-Communist Left, Nandigram, Posco and Vedanta are signs that a state debauched by global capital now acts on its behalf as a predatory pimp and land tout.

Once the fourth estate and its mentors give up on the nation-state as a project, the very notion of progress, the idea that there are stories of individual betterment that are representative enough and replicable enough to be newsworthy becomes hard to sustain. For the first 40 years of the republic, the nation-state was so central to the idea of progress that once it was discredited it became hard to cleave to a coherent story of improvement. There were attempts to create alternative narratives with new heroes. There was the upbeat story of salvation through the stockmarket which lifted the poor out of poverty, made the rich richer and democratised opportunity through (for example) the massive penetration of mobile phones. Some bits of this new take on improvement were true but since its unfolding required the systematic expropriation of India’s poorest peasant communities, its status as good news was contentious.

In recent times, the news has been dominated by a new narrative: civil society embodied by a set of hectoring busybodies (Ramdev, Kiran Bedi, Anna Hazare) nagging a state gone rogue back on to the straight and narrow. Unlike the nation-state, however, it is hard for self-appointed self-righteousness to remain hegemonic for any length of time and the headlines have moved on from Hazare’s high noon.

The independent Left has chronicled the violence of the nation-state, i.e. the bad news, but remains uncertain (owing, no doubt, to the chequered history of revolution) of the nature and shape of the good news. In the context of India, it sometimes supports the sponsors of smaller, therefore possibly more virtuous states (Kashmir, Manipur, Nagaland) as also the right of insurgent peasants to violently oppose the authority of a corrupt republic.

Schadenfreude is a universal failing, but in a poor country where life seems a zero-sum game, it’s also reassuring....

Newspapers, radio and television need to rethink their reflexive disbelief in the idea of the state as an enabling institution. Journalists need to remain alive to the possibility of benign state action. To write off a democratically elected legislature and executive as malevolent and illegitimate is, in effect, to cynically reject the possibility of good news. There was a time when M.G. Ramachandran, Tamil Nadu’s chief minister, was excoriated by every English language newspaper in India for what was then regarded as the pandering populism of his favourite initiative, the mid-day meal scheme. We now recognise the mid-day meal as a genuine example of good news. Whether MGR intended it or not, the scheme led to a steep rise in female literacy, an explosion in the use of female contraception and a large decline in fertility. The corrupt populist was posthumously reinvented as a Bharat Ratna.

But setting aside the state and its capacity to be a force for good, looking for the good news doesn’t merely mean hunting for the upbeat story. It can mean seeking out humanity even as you report on villainy and horror. In his account of the pogrom of 1984 in Delhi, Amitav Ghosh reflected upon the need to resist the idea that times of violence are times of unalloyed evil:

"When I now read descriptions of troubled parts of the world, in which violence appears primordial and inevitable, a fate to which masses of people are largely resigned, I find myself asking: Is that all there was to it? Or is it possible that the authors of these descriptions failed to find a form — or a style or a voice or a plot — that could accommodate both violence and the civilized, willed response to it?

The truth is that the commonest response to violence is one of repugnance, and that a significant number of people everywhere try to oppose it in whatever way they can. That these efforts so rarely appear in accounts of violence is not surprising: they are too undramatic."

Magazines, newspapers and television report on the world as it turns. If journalism is the first rough draft of history, journalists need to make sure that in the press of events, goodness doesn’t go unchronicled.

How Green These Barrens