The Monologue Of The Modi Mausi 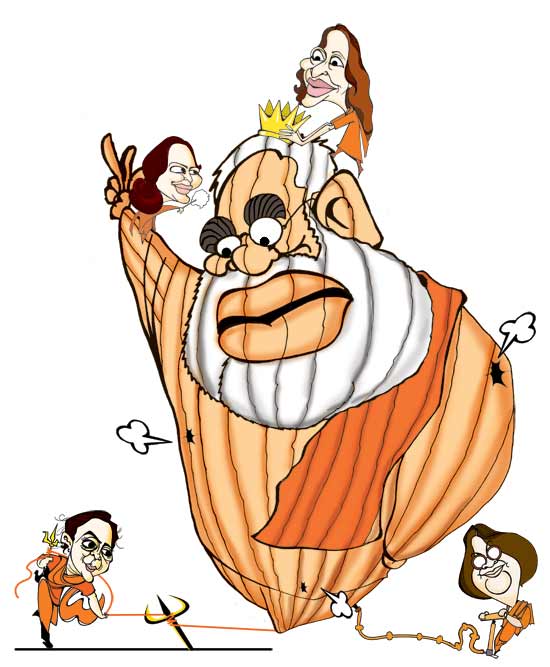 Illustration by Sorit
Vrinda Gopinath April 07, 2014 00:00 IST The Monologue Of The Modi Mausi 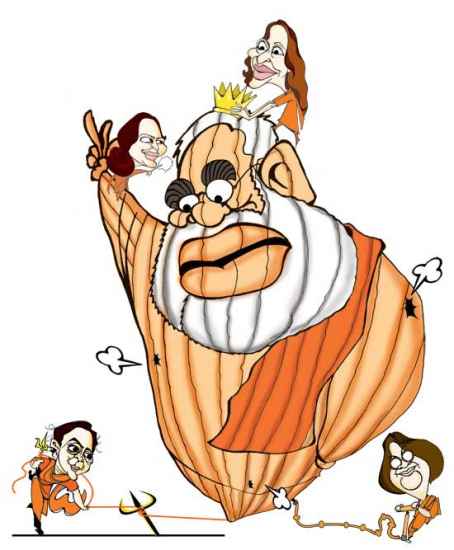 Twitter insults, microblogging paranoia, professional bile, airbrushed politics, status anxiety...women columnists are playing a starring role in the making of Messiah Narendra Modi. The Libs call them Hate Hags or Hacks, but Madhu Purnima Kishwar, Tavleen Singh, Sandhya Jain have rigidly stuck it out, with steam and stamina, hitting out at critics of their Hriday Samrat, Emperor of Hindu Hearts. Some have been mudslinging and muckraking, some have been expansive and demonstrative, but they have all been steadfastly loyal to the idea of Narendra Modi, who is not, as their adversaries beli­eve, an autocratic, absolutist leader, even a Merchant of Death, but one who will usher in a golden age for India.

They have swung into the national debate ever since the media’s imbalance in promoting Modi tilted favourably towards him, feverishly affirming their faith on television, Twitter, Facebook and in their columns. They dismiss contrarian, inquiring views as archaic and wimpy; and club those who question them as com­m­unists, feminists, and socialists. They’d love to be hailed as right-wing reactionaries but are now famously known as Modi’s Mausis.

Is it the ideologue or their monologue that’s getting people’s teeth on edge? Everyone loves irreverence and cheek, but blind devotion on one side, and jeering on the other, and fantasising about secular panic and a Nehruvian-induced apocalyptic horror is hysterical. Madhu Mausi has taken her Modimania to newer heights of emotional fervour as her latest tweets have revealed. She now accuses all the top dogs of the BJP—including president Rajnath Singh and Modi crony Arun Jaitley—of conspiring to ensure that her deity, the BJP’s PM-in-waiting, is beaten at the coming polls. “Jaitley belongs to 160 Club—coz he thinks he has bright chance of becoming PM if BJP gets less than 180 seats. Hence sabotage,” she tweeted. As for BJP leader Sushma Swaraj, Kishwar dismissed her by calling her a ‘nautanki’ (drama queen).

The crux of the Modi Mausi chronicle is that the majority secular posse has run a relentless campaign to demonise, disgrace and defame Modi since the 2002 post-Godhra carnage, through partisan propaganda by bleeding-heart media, ngos and leftie do-gooders on the Congress payroll. It’s a direct accusation—there can never be independent, impartial or investigative reports; everything is dubious, shady and deliberate in the eyes of the Mausis. Kishwar says she was fed these lies, and she has now seen light. As far as they are concerned, all the mounting cases of murder and destruction in 2002, the Supreme Court’s order to move cases outside Gujarat for impartial hearing, the questioning of sit’s integrity and independence, hostile witnesses etc, are all trum­ped-up charges that wilt in the face of legal scrutiny.

It’s a theme columnist Tavleen Singh has repeatedly rec­ited, but for this MM, it’s the status anxiety of the Delhi Durbar (nice plug!) that has caused their terror of Outsider Modi. So, as Singh constantly conjures up the intoxicating world of pomp and privilege, entitlement and exclusivity, of Dynasty and pedigree, it’s hard for her not to see that there’s barely a durbar, that it’s all now bazaar. The riotous, raucous, vibrant marketplace of ideas and liberalisation of the last 20 years has brought with it regional warlords, casteist queens, commies and capitalists, lobbyists and networkers of business, industry, commerce. The durbar of the ’70-’80s vanished when Laloo, Mulayam, Mayawati, Jayalalitha, Karuna­nidhi and the bunch crashed on the scene and made their own little fiefs, all jostling together with Dynasty and Sanghis. Outsider Modi? Er...

Typically, this MM has no time for modern rules of business, and dismisses those irksome regulatory bodies and financial regulations and rules that check cronyism as a throwback to those “bad old socialist days and smelly corridors of Delhi’s Bhavans.” Instead, it’s Modi who’s shown the new way—he invites businessmen over, gives them his undivided attention and they leave “singing paeans to the efficiency of the Gujarat government”. In this new, free world, there are no crooked and corrupt politicians and officials, but there’s no word on why powerful, billionaire tycoons played the game of slush bribes and influence-peddling. It’s the reckless, socialist spending in the name of the Dynasty’s populist schemes that has bankrupted the nation, but ignore the bad loans running to Rs 1,64,000 crore written off last year by PSU banks, taxpayer’s money, to corporate borrowers. Imagine the shiny cities and towns that could’ve been built with the loan recovery?

Singh may be a bit prudent in her newspaper columns but she lets go on a website called NitiCentral, run by Modi followers, which even has the Great Modi himself write a column. And so, Snoopgate is yet another opportunity to slander Modi where Congress-friendly media constructed special programmes and chat shows to denounce him. Akhilesh Yadav has got away with the horror of the Muzaffarnagar riots because “he has long been the ‘secular’ darling of the national media”. She constructs ‘secularism’ as a dirty word, denounces clever politicians who lure an imbecilic media; but she ignores the published fact that it was an incompetent and callous Yadav administration that let Muzaffarnagar run out of control. Of course, she applauded the Love Jehad and blamed the radicalisation of Muslims in the region.

Saving Hinduism is columnist Sandhya Jain’s calling in NitiCentral, as she digs for forensic evidence that could save Modi, apart from covering his rallies and quoting every pearl that rolls off his tongue. She endorses Modi’s views on population control and religious demography, and chants with Modi on ‘Third Front, Third Rate’ and other mantras. And, so the MMs launch their own little jehad, spitting fire on all sides, to vanquish secular cranks, dynastic devotees, liberal ultraists and evil socialists. Last heard, the infidels are still around.

A longer version of this article appears in print