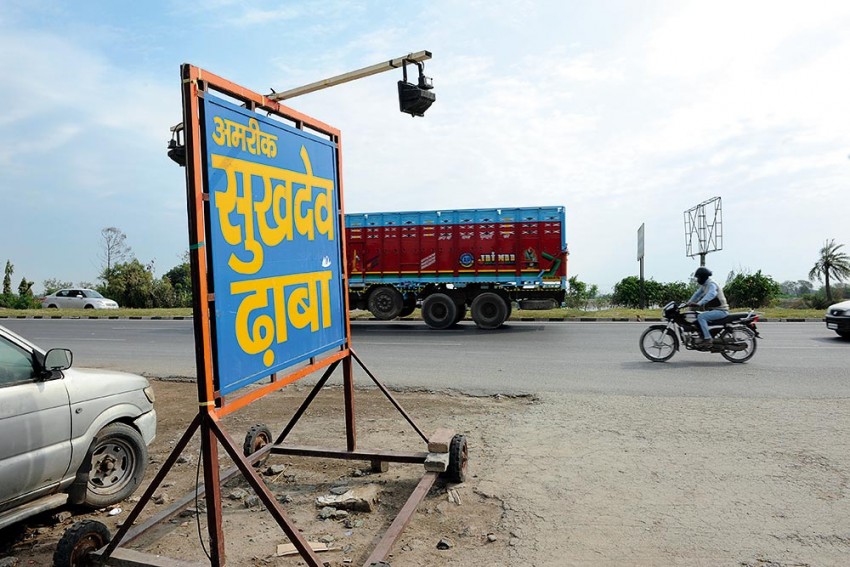 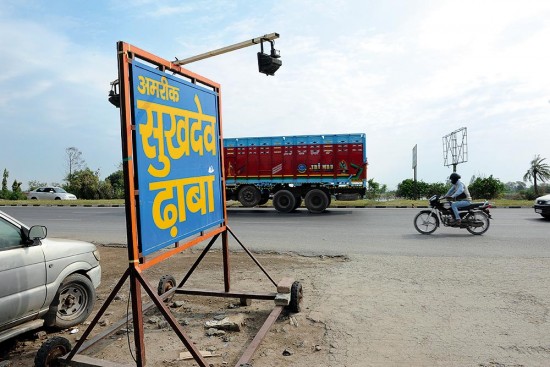 It is very rare for a high court to rem­ark that a judge should not be pressured. But the Punjab and Haryana High Court surely has much to be exasperated about, given­ how the special investigation team’s (SIT) efforts over the last one year may have diluted the case of the alleged gangrapes during the Jat agitation in February 2016. The SIT has so far failed to trace the survivors and the accused even as the high court (in a written, operational order) has accep­ted the gangrapes did happen near a highway eatery in Murthal, Haryana, and is also probing how the state machinery failed during the agitation, with policemen, state ministers and bystanders being subjected to mob vio­lence. The Haryana government, though, has only conceded there was molestation, no rape.

The alleged crime took place at Kurar village, behind Sukhdev dhaba, and Hassanpur, right opposite. The local pol­ice say these are “crime-prone areas”.

Many leads were lost in the SIT’s hands even though additional district and sessions judge (ASJ) Gagan Geet Kaur and the HC have done their best to keep the investigators on their toes. Nobody is willing to talk since the case is sub judice. Outlook got in touch with Kaur in the backdrop of speculation that influential people may have tried to ­coerce her, but she refused to meet. Her supervisor, the Sonepat district judge, said he preferred not to comment without the HC’s permission. Anupam Gupta, a senior advocate assisting the court as amicus curiae, declined comment as did inspector-­general (south range) of Haryana Police, Mamta Singh, who heads the SIT. This report has been culled from the available court records and off-the-record conversations with key persons and observers.

The HC judge who had remarked that ASJ Kaur was under pressure and should instead be allowed to do her work in peace was Justice S.S. Saron. Lawyers in Cha­ndigarh say Justice Saron is the anti­thesis of an “activist-judge” and doesn’t make sensational statements. “So, coming from him, it is a serious observation,” says a senior lawyer.

HC lawyers note that ASJ Kaur doesn’t want to let this rape trial become ano­ther tragedy and has picked holes in the SIT’s work. The SIT hadn’t informed the HC that five people had been chargesheeted, an SIT member told Kaur’s court during the proceedings on November 9, 2016. The next day, Kaur sent a report to the HC with two material orders from her court, since the HC was monitoring the rape probes. The inconsistency bet­ween the SIT’s statements to the district court and to the HC was also noted.

In the first order (September 20), Kaur pulled up the SIT, noting “that no sci­entific and professional investigation has been done till date to go deep into the matter”, “no sincere effort had been made by the investigating agency” and vital clues that could have helped trace the survivors had been ignored.

Kaur noted how journalists who had first reported the rape (that led to the suo motu HC motion) have not been followed up with. The SIT didn’t chase leads that could have come from a potential witness who had put up a social media post and a TV channel that had reported the story of an NRI rape survivor.

During the next hearing (November 9), the SIT presented a supplementary chargesheet, dropping the rape charges against the five accused. HC lawyers were surprised to learn of this because, in criminal law practice, the police may say they have no evidence of a particular charge (rape, in this case), but the charge cannot be dropped. 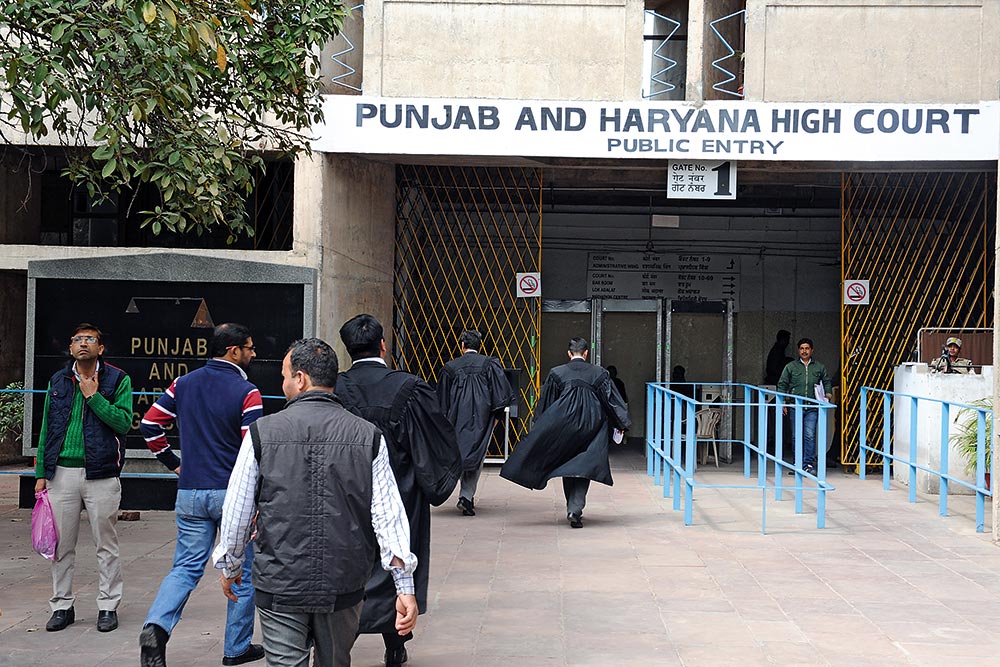 The inclusion of the five accused is a mystery to some. In an August 2016 order of chief judicial magistrate Surender Kumar, the five (Bhanu Partap, Vinay, Jasbir, Jaideep and Jitender) had been accused of burning vehicles and assaulting people on the night of February 22. Call detail records and their custodial confessions led the SIT to acc­use them of being part of the violent mob in Murthal. Somehow, they were also investigated for rape. The forensic lab, obv­iously, could not match their DNA with the semen found on women’s underclothes ret­rieved from Murthal because they had not been named as the accused. In Kaur’s court, the SIT also mentioned that they had “secret” information about their involvement.

A lawyer located and presented a witness, Bobby Joshi, to amicus curiae Gupta. Over an hour or so, Joshi narrated how agitators had stopped his vehicle while passing through Murthal that night and that he had seen women being dragged into the nearby bushes. Gupta had recorded Joshi’s statement by hand and presented both Joshi and his statement to the high court at the next hearing. The SIT condensed 12 pages of testimony into a paragraph or so.

In April 2016, the SIT located another witness, Raj Kumar, who corroborated Joshi’s testimony in court. Strangely, they never mentioned this to the HC. Kaur forwarded Raj Kumar’s statement to the HC along with her orders. “Later, they tried to discredit Raj Kumar,” says a lawyer observing the case. “They took him to the site and wanted to debunk his testimony because he couldn’t identify the exact bushes to which the women were dragged.”

The audio clip of a rape ­survivor’s ­testimony was found to be fake and ­fabricated by a journalist.

A convincing factor for the HC was the semen-stained underclothes. The for­ensic lab report mentioned that the age of the semen was indeterminable. This was used to argue that these were discarded by a nomadic tribe that had camped nearby some time ago. The courts were not convinced that nomadic tribes would discard branded clothes or underwear at the exact same spot.

Other witnesses have changed or withdrawn their statements. Two truckers had claimed, on camera, that they had witnessed women being dragged away. Later, they said the journalists had coached them to say so on camera. There was a similar turnaround by Amreek Singh Sukhdev, the owner of Sukhdev dhaba, where the alleged rape survivors supposedly took shelter after the rape along with others who had been attacked by the agitators.

An important witness (whose name Outlook is withholding) is a trader whose testimony was video-recorded by journalists. In the video, he says he met the agitating youth before the violence peaked and claims that the agitators had said they also planned to sexually assa­ult women. While the trader’s statement might be discounted as hearsay, it falls in with the narrative that sexual violence did take place.

There was one lead the SIT investigated with sincerity, which led to the audio testimony of an all­eged rape survivor, created and circulated by journalist Tariq Anwar (then working with a news portal), being exposed as fake. He is said to have visited the site and done a story on the violence, which has since been pulled down by the portal for lack of credibility. Later, he got in touch with the amicus curiae and shared the fake audio clip.

“This heart-rending audio clip of the rape survivor narrating her ordeal was played to the SIT chief and the HC judges in the latter’s chambers and everybody was moved by it,” says a source. “She must be a consummate act­ress to have pulled it off.”

The journalist admitted to fabricating the audio clip in front of both the SIT and a magistrate. Gupta recommended that the state should prosecute the journalist, but it was declined.

Other journalists compiled authentic bits of evidence they had collected on a CD and sent it to the SIT. Instead of probing the leads, the SIT sent the CD for a forensic analysis to verify its auth­enticity. The CD had been bought from a store to pass on the leads gathered by journalists and its contents were important, not its casing.

In the past, the HC has waited for the SIT to finish its task and the CBI has been reluctant to take over due to a lack of manpower at its local office. That situation could change soon.

By Ushinor Majumdar in Sonepat and Chandigarh

A Farm Twist To Caste Power