Evolved policies, use of technology, emergence of new business models, adoption of environment-friendly practices and initiatives to involve local communities are transforming the Indian mining sector 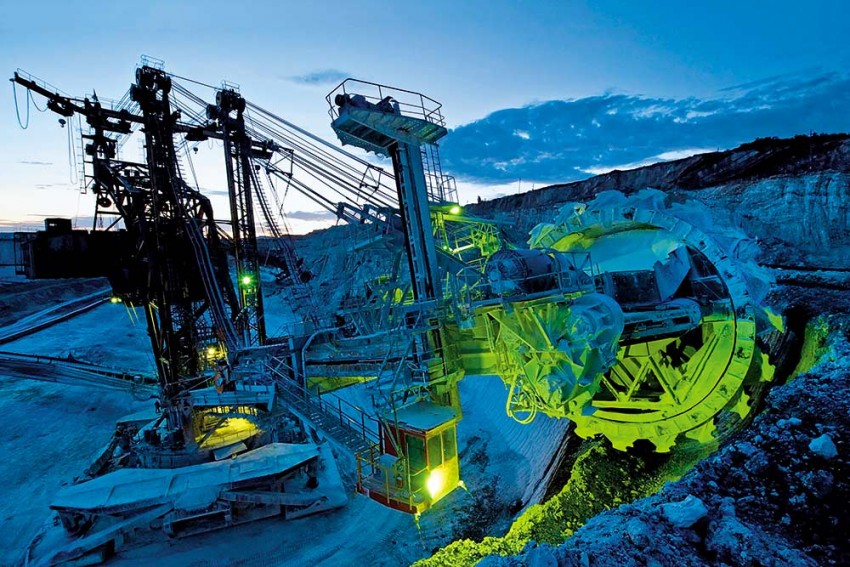 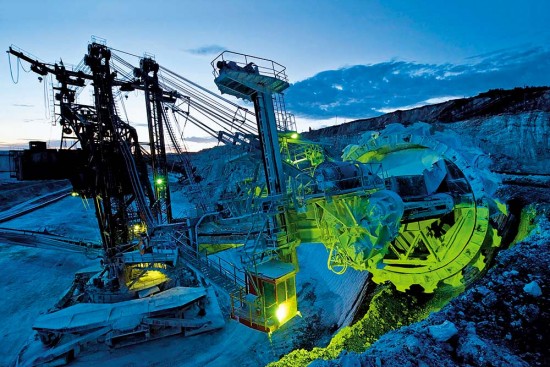 Bob Dylan was right, especially in the case of the Indian mining sector. If the miners think that their companies are worth saving, then they “better start swimmin’, or you’ll sink like a stone. For the times they are a-changin’”. The modern-day image of miners is completely different from that in public imagination. They are no longer merely the killers of their workers, exploiters of the local communities, and looters of public wealth. Instead, their operations are safe, sustainable, responsible, and technologically advanced.

The modern-day image of miners is different from that in public imagination...Their operations are safe, sustainable and responsible

For survival, forget about being profitable, the mining industry has looked forward, dragged the future to the present. All the stakeholders, including the policy-makers and civil society, have explored new solutions. Fortunately, some aspects of the future are already here. Business models have transformed, government policies have incentivised responsible invest­ments and technology is enabling the use of artificial intelligence (AI) and robots. And the safety, health, and livelihoods of the workers and communities are better protected now.

Indian mining is at a cusp. The country has large mineral reserves with a huge potential in production. It is one of the leading global producers in coal, iron ore, copper, and bauxite, and produces 95 minerals. It has the costs and location advantages. IBEF, an information datab­ase, feels that India’s “strategic location enables convenient exports to the developed as well as the fast-growing Asian markets”. The scope is there. What is needed is a change in mindset. The country’s mining is in the midst of a radical transformation.

Fortunately, the stakeholders have taken several steps in the right direction. Take the case of government policies. Over the past few years, mining leases have become transparent and long-term. Thus, they are given for a longer peri­od to enable the miner to maximise extraction, and reduce the chances of over-mining. E-auctions have emerged as corruption-free method to grant the leases. Exploration, which is capital-incentive, is incentivised. There are clauses in the mining act to deal with issues such as environment-friendliness, safety, and livelihoods of local communities.

In some ways, the judiciary and civil society pushed the policy-makers. The 2G spectrum scam and the coal block allocation scandal led to orders, which built a case for auctions of natural resources. Public protests resulted in stringent norms for environment clearances, and setting up of district funds to properly rehabilitate the local communities in the mining areas. The miners realised that if they weren’t safe, sustainable, and responsible, there would be constant and consistent criticism from several quarters.

Technology is the key to operate mines of the future. The buzz words today include ‘digitised mining’ and ‘connected mines’. There is an increasing use of AI, robotics, 3-D software, and big data to ensure minimal or even zero manual interventions. The intelligent mines of the 21st century, feels Sunil Duggal, CEO, Hindustan Zinc, are “smart, connected, wired, and analytical”. He adds, “With digitisation, it is possible to build algorithms all the way from exploration to metal production.”

For any nation, mining security has beco­­me as crucial as defence security and energy security. In the case of India, it involves a two-pronged strategy

“The digital mine leverages the best of digital technology and internet of things cloud or on-premise platforms to connect the mining value chain from mine to market and from sensor to boardroom,” explains a rece­nt report by Accenture, a consultancy firm. According to Ernst & Young, another consultancy think tank, digital mines can protect the reserves, enhance productivity, reduce working capital, keep people safe, optim­ise production plans, integrate value chains, and automate contractual processes.

Unfortunately, such technology disruptions need to deal with what’s called the “productivity paradox”, first highlighted by Paul David in 1990. In a seminal paper, he argued that the introduction of better technology doesn’t result in inte­nded benefits, at least in the initial stages. This may be due to high costs, replac­ement of past legacies, lack of skills and capabilities, and the “overlay of one technology on a pre-existing stratum”. These factors obviously lead to critical challenges in Indian mining.

Hence, only the large miners have adopted new technologies. Although there is urgency in boardrooms, the implementation process is slow and gradual. Policy interventions and practical solutions have to evolve to hasten the process, and allow innovations to percolate to the small and medium mining companies. But the efforts are visible. For over a decade, Rio Tinto, a global mining firm, has introduced a programme on mining of the future. Hindustan Zinc has set up a prototype for a full-digital mine. 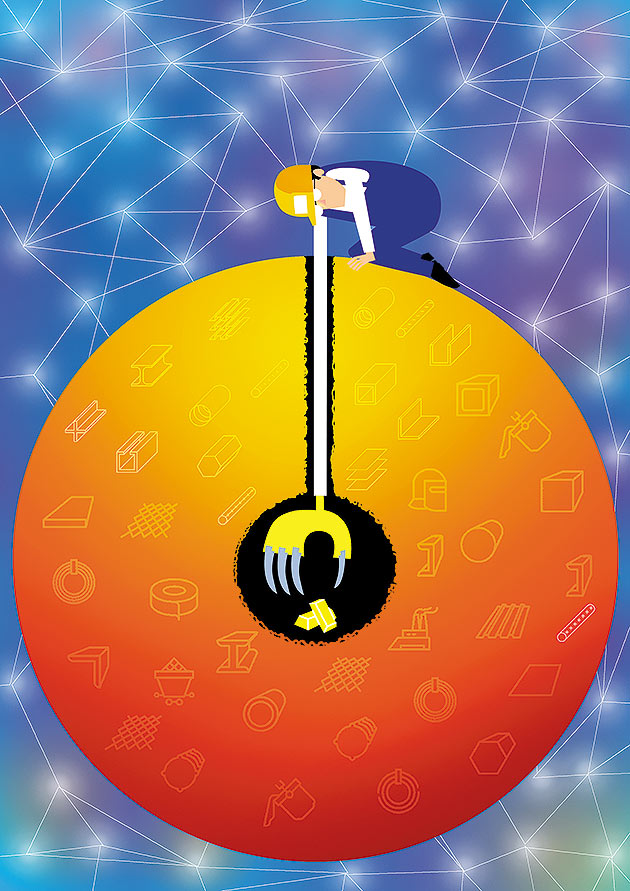 For any nation, mining security has beco­­me as crucial as defence security and energy security. In the case of India, it involves a two-pronged strategy. Given the reserves and potential, the first one is to quickly enhan­­ce local production. Both private and state-owned miners have plans to invest huge sums over the next few years. For exam­ple, NALCO, a state-owned integrated aluminium producer, wishes to expand both refining and smelting capacities. In addition, it hopes to diversify into commercial mining of manganese, chromium, and bauxite. The idea is to double its turnover by 2024.

Another aspect of mining security is for Indian companies to acquire assets abroad. The government has initiated moves to achieve this objective. Last year, three state-owned entities—NALCO, Hindustan Copper, and Metal Exploration Corporation—formed a joint venture (JV) to acquire global strategic mineral reserves. Recently, Arun Kumar, Secretary (Mines), said that the JV would look at both “exploration opportunities” and overseas acquisitions. He added that the primary objective of the new company was to “focus on strategic minerals”, including rare ones.

Over the past decade, private miners expanded their international footprints. Vedanta Resources, for instance, has emerged as a leading global player with a substantial stake in Anglo-American. It recent­ly delisted from the London Stock Exchange; analysts feel that this will boost its chances to buy out the South African giant. With the takeover of Novelis in 2007, Hindalco began its ongoing journey to enter the value-added downstream markets. What happened in the oil and gas sector in the early 2000s is likely to happen in mining now with large and more-frequent mergers and acquisitions (M&As).

Unlike most industries, social responsibility has emerged as a survival strategy in mining, both in India and abroad. Over the past few decades, controversies related to environment degradation, unsafe working environments, and exploitation of communities have dogged the miners. Hence, it beca­­me imperative for them to change their vision, mindset, and operations. The transformation has begun. But it needs to progress at a faster rate. Indian entrepreneurs have realised it.

Several firms use solar energy, or energy created from waste for captive power consumptions. New technologies are being adopted to deal with mining tailings (waste). Afforestation has become important in a bid to save the areas around the mines. In fact, the endeavour today is when the mines are exhausted, or the leases expire, the mining area is left in almost the same conditions that were prevalent in the pre-mining days. Global best practices enable the miners to earn positive carbon credits.

With mechanisation, automation, and wholly-underground mining, workers’ safety has improved. So is the case with digital and connected mines. Wireless communication between the underground workers and the monitoring offices ensures immediate and efficient actions in case of emergencies. Drones and big data are tools to increase the security levels in mines. Of course, there is a downside to this trend. Experts estimate huge losses in employment opportunities in the near future. Hence, there is a need to re-skill and re-train employees, which is being rapidly adopted by the miners.

At the end, what is important is to sustain the livelihoods of the mining communities, or the families that are displaced. In the past, the civil society, led by NGOs, exposed the inhuman and exploitative practices of the mining companies. This, along with policy changes and judicial orders, encouraged the policy-makers and business community to fall in line. For example, the new mining act mandates the creation of district-level funds to take care of the needs of the displaced communities.

For the companies, CSR activities became a focussed strategy to deal with these issues. New models have emerged over the past few years. In some cases, they deal with macro issues, such as changes in overall sanitation and health in the adjoining villages. In others, companies work closely with central, state, and district administrations to ensure that the CSR budgets improve the living conditions. Most importantly, CSR is no longer being considered a cost centre, but as a means to involve the local communities, and even increase productivity and, hence, profitability.

Clearly, the mining sector in India is changing with the times. However, there is a need to be careful. As a recent report by PricewaterhouseCoopers concludes, “Temptation looms in many guises for miners and their stakeholders. Miners will need to stay focussed and deliberate tow­ards the long-term goal of creating sustainable value for all the stakeholders.” While the demand for mining products will incre­ase over the next five years, the companies will have to grapple with issues such as “geopolitical uncertainty, regulatory risk, technology and cyber risks, and social license risks”.